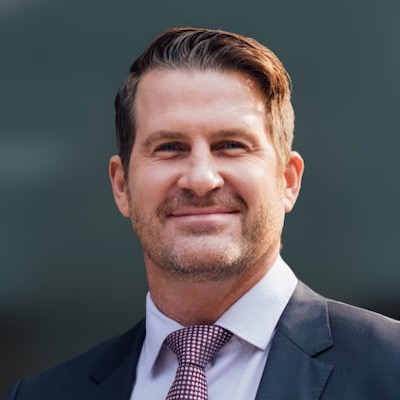 Scott Cryer is leaving his position as CFO of CAPREIT. (Courtesy CAPREIT)

Scott Cryer has decided to leave CAPREIT (CAR-UN-T) effective April 15 to pursue other opportunities after 12 years at the trust, including over a decade serving as its chief financial officer.

Cryer helped CAPREIT grow from a market cap of about $1 billion to its current $9.4 billion operation.

Stephen Co will become CAPREIT’s interim CFO after a six-week transition period. Co has been with CAPREIT since 2011 and is currently vice-president, accounting.

Co is also the CFO of European Residential REIT (ERE-UN-T), a role he assumed in January 2021, replacing Cryer who had been ERES REIT’s first CFO.

He holds a bachelor of business administration degree from the University of Toronto, as well as CPA and CFA designations.

James Ha is the new president of Boardwalk REIT (BEI-UN-T) and Leonora Davids has been named senior vice-president of operations.

Concurrently, Davids’ appointment is a reflection of her operational excellence and expertise. Davids began her career as a resident manager in one of Boardwalk’s communities in Calgary in 1999 and since has progressively grown her responsibilities with her most recent role as vice-president of operations.

Great Gulf Group has announced new members of its residential leadership team to lead the firm’s low-rise, high-rise and resort residential groups in Canada and the U.S. 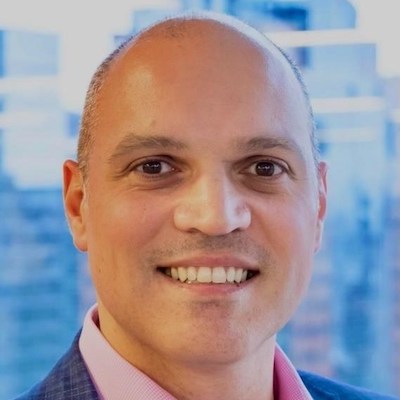 Picciola is a top-performing real estate executive with more than 24 years of experience in development, management and the advancement of multi-billion-dollar real estate portfolios.

He started his career in 1997 as a real estate broker at Devencore. Picciola then joined Canderel in 2003 where he became vice-president of leasing and development and worked successively on complex transactions across various asset classes while maintaining investor relationships in Europe and in North America.

In 2014, he joined Ivanhoé Cambridge as vice-president office leasing for Québec, overseeing leasing activities for the $2 billion Québec market.

He holds a bachelor of commerce, with a specialization in finance, from Concordia University.

Northcrest Developments, a wholly owned subsidiary of PSP Investments, has announced Mitchell Marcus — a member of Canada’s Top 40 Under 40 and one of Toronto’s best-recognized arts leaders — will lead the artistic and cultural activation of the Downsview Airport Lands development.

The centrepiece will be the transformation of the 2.1-kilometre airport runway into a pedestrian boulevard alive with retail, recreation and cultural attractions year-round.

Marcus will also help develop ways to creatively activate the runway and surrounding lands not slated for immediate development before build-up and final construction in future years.

Marcus will take up his role as executive director, site activation and programming on March 28.

As Luminato’s former associate producer and the founding artistic director and CEO of The Musical Stage Company, Marcus is recognized as one of Toronto’s most accomplished and innovative artistic leaders.

PSP Investments acquired 370 acres of the Downsview Airport Lands in 2018 and created Northcrest Developments to plan the redevelopment.

Regional Group has hired Sachin Anand as the company’s senior director, acquisitions. Anand will oversee the identification of value-add commercial and mid-/high-rise development opportunities — supporting the growth of the Ottawa-based firm’s portfolio and revenue goals.

Having lived in five cities across four countries (and travelled to 40 countries), Anand possesses a diverse and global perspective.

Nguyen joins InBC from her position as investment director for the TELUS Pollinator Fund for Good, one of the world’s largest corporate impact funds.

Nguyen will assume her new role on April 4.

Nguyen is an investor and technology executive with more than 17 years of experience across various industries, including telecommunications, retail, utilities and natural resources.

Nguyen is a graduate of Simon Fraser University and an active community member serving on several private sector and community boards.

Avison Young is expanding its Canadian mergers and acquisitions sector presence with the appointment of Aaron Swanson as vice-president in the Calgary office.

Bringing over 15 years of capital markets experience and expertise, Swanson will be responsible for building the operating business advisory reach, playing an integral role in M&A execution, debt capital raising and economic research.

The majority of Swanson’s career has been as a public equity research analyst, most notably leading the Canadian research division for a U.S.-based energy investment bank. Prior to joining Avison Young, he was a principal at a debt advisory firm.

She will leverage her 20 years of real estate experience in the commercial, multiresidential and self-storage sectors with expertise in valuation, leasing, tax and development.

With nearly a decade of experience in commercial real estate, Harrison brings experience analyzing properties and sub-markets, as well as in marketing, project management and business development.

He is a graduate of Kwantlen Polytechnic University’s Entrepreneurial Leadership program, where he was awarded the Dean’s Medal for outstanding achievement.

Wallin has many years of experience in real estate finance, most recently as a vice-president, commercial real estate at a financial institution in Alberta. He is a commerce graduate of the University of Alberta.

Huston has over 15 years of progressive experience in investment banking, corporate and capital markets, financing and strategic advisory. He has led over $40 billion of successful merger and acquisition transactions, and numerous equity and debt financings.

He has also advised executive management and boards of directors of over 20 companies, particularly in the North American energy sector, including upstream, midstream, downstream and energy services.

Huang added to RESAAS advisory board

Huang is president of eXp Commercial, a division of eXp World Holdings Inc.

Formerly, he was president of Sperry Commercial Global Affiliates, where he grew the company across more than 20 states and into multiple countries.

Previously, Huang spent several years at Marcus & Millichap after a tenure as vice-president at Morgan Stanley.

Huang was most recently president of the Asian Real Estate Association of America.