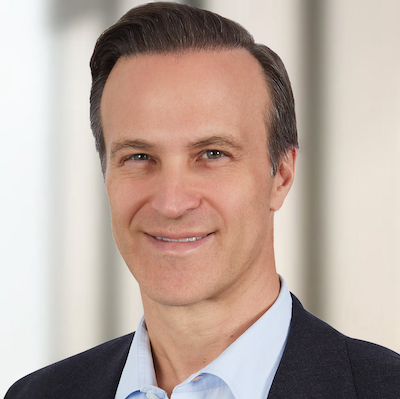 Longtime CPP Investments executive Alain Carrier is resigning as senior managing director and head of international as of Oct. 22. Carrier will take over as global CEO of New York-based Bregal Investments.

“For nearly 14 years, CPP Investments has benefited from Alain’s perspective, capability and leadership. He was a critical driver of our international strategy – which continues to be a priority for the fund – working across the enterprise to build a strong local presence and relationships, everywhere we operate,” said John Graham, the president and CEO of CPP Investments, in the announcement.

Geoffrey Rubin, senior managing director and chief investment strategist, will assume oversight for international operations on an interim basis along with his current role.

CPP Investments is conducting a search for a successor to the position.

Jan Hultslander is the new senior vice-president of commercial underwriting at CFO Capital.

He holds a CA designation and a bachelor of commerce from McMaster University.

The Real Estate Board of Greater Vancouver (REBGV) has appointed Jeff King as its next CEO. He will begin his tenure in November.

King has extensive experience in strategy, innovation, licensing, distribution and corporate planning, most recently serving as chief operating officer for The Society of Composers, Authors, and Music Publishers of Canada.

Between 2020 and 2021, he also served as interim CEO of Dataclef, a back-office service provider to music rights organizations, and chaired the board of directors at DDEX, a standards-setting organization focused on creating digital value chain standards for the music industry.

King replaces Brad Scott, a long-time senior executive at REBGV who has served the organization as CEO since 2013. Scott plans to retire at year-end.

Crestpoint Real Estate Investments Ltd. is expanding its product offering to include a dedicated commercial mortgage strategy, which will be led by Blake Steels, vice-president and head of mortgage investments.

The strategy is a higher-yielding, short-term fixed income strategy with a focus on capital preservation over the long term. The strategy will be standalone, separate from the core plus real estate strategy, focused on conventional and conventional-plus mortgages on properties in Canada.

Board changes at Nexus REIT

Nexus REIT (NXR-UN-T) has announced the resignation of Nick Lagopoulos from its board of trustees and the appointments of Justine Delisle and Louie DiNunzio to the board.

Lagopoulos was one of two board members representing RFA Capital. Ben Rodney continues to represent RFA Capital as the chair of the board.

Delisle serves as a partner with Richter, one of the largest independent advisory firms in Canada. She has been with Richter since 2010, where she began her career in the assurance department specializing in real estate, non-profit organizations, and philanthropy.

Delisle is a CPA and Financial Planning designation holder. She holds a bachelor of business administration degree from HEC Montreal.

DiNunzio is the senior vice-president, investments at Cadillac Fairview, and a trustee of WPT REIT. He has more than 20 years of experience in the real estate sector in North America and Europe. Prior to joining Cadillac Fairview, he held progressively senior positions at BMO Nesbitt Burns Inc. and Merrill Lynch Canada.

DiNunzio is a CPA and holds a masters in business administration from The Schulich School of Business and a bachelor of commerce from the University of Toronto. 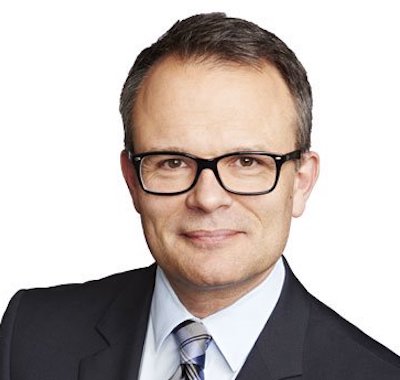 Avison Young has appointed Curtis Gallagher as principal, Canadian hospitality lead. In this newly created position, Gallagher will oversee the Canadian arm of investment sales and financing of hospitality properties.

Gallagher has spent the past 20 years in Canadian commercial real estate.

A graduate of Ryerson University’s Hospitality & Tourism and Economics programs, he is a licensed real estate and mortgage agent in Ontario.

Trez Capital has hired Sandra LaFontaine as the firm’s chief compliance officer. LaFontaine is accountable for the oversight of all regulatory and compliance matters, and will provide strategic direction to the board.

With over 20 years of experience in compliance, LaFontaine brings significant expertise to the firm. She has been with Trez Capital since 2014 as director, compliance, navigating the compliance framework and regulatory obligations.

Prior to joining the firm, LaFontaine was chief compliance officer for Mirabaud Canada Inc. and Mirabaud Gestion Inc. during an 11-year tenure.

LaFontaine earned a bachelor of commerce in finance from Concordia University and has completed a variety of courses with the Canadian Securities Institute.

NorthWest Healthcare Properties REIT (NWH-UN-T) has expanded its board to eight members with the appointments of Mandy Abramsohn and Dr. David Klein as independent trustees.

Abramsohn is a member of the Chartered Professional Accountants of Canada & Ontario, Canadian Institute of Chartered Business Valuators, CFA Institute and the Toronto CFA Society.

Klein brings expertise in global health-care services as a practising academic critical care physician at Unity Health at the University of Toronto, a published scientist and teacher at the Li Ka Shing Knowledge Institute and an experienced health-care sector business leader.

Klein is a member of the Health Sector Audit Board for the Province of Ontario, is an operating oartner at Searchlight Capital Partners – a transatlantic private equity fund managing over $12.4 billion – and serves on the board of Virginia-based Care Advantage.

Most recently, Hoar served as the chief financial officer and chief investment officer of Flow Water Inc. from early capitalization to its successful public listing on the TSX in July. Hoar is an expert in private capital and has raised over $300 million for his companies over the past 10 years.

Forest Gate Group has hired Justin Hawkins as its director of development. Hawkins has held increasingly senior roles at several development firms, most recently as First Gulf’s senior manager of development and planning.

He also worked for RioCan REIT, Dream and SmartCentres REIT prior to First Gulf.

Rasmussen to lead leasing at MIP in Hamilton

Scott Rasmussen has been appointed vice-president of leasing and business development at McMaster Innovation Park (MIP).

He will be responsible for managing key account relationships and advancing new development. Rasmussen joins MIP from NorthWest Healthcare Properties REIT and has a unique background that integrates the disciplines of both life sciences and leasing.

One of Rasmussen’s major achievements is the ongoing relationship management that led to a new greenfield development project for a Greater Toronto Area hospital. Rasmussen joins MIP at a crucial point during a multi-million-dollar, 2.8-million-square-foot growth and expansion plan.