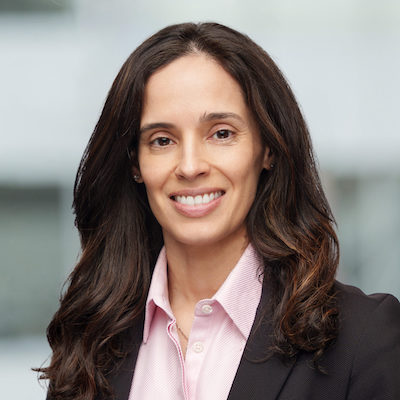 “During her short period as VP, finance (Ochoa) has demonstrated leadership and professionalism in her area of expertise and has introduced new processes both at the corporate level as well as in managing our investor funds,” said Glenn Watchorn, president and chief executive officer, in the announcement.

The Appraisal Institute of Canada‘s (AIC) board of directors has named Tami Hynes its new chief executive officer.

Hynes offers a wealth of experience in strategic planning, organizational change and effectiveness, certification and governance. She has occupied senior leadership positions in financial services, member association and professional certification sectors over her nearly 30-year career.

Immediately prior to joining AIC, Hynes was vice-president, precertification education at Chartered Professional Accountants Canada, one of the largest accounting bodies in the world, where she was responsible for the strategic direction and operational oversight of education and assessment for entering the profession.

Before that, she was CEO of the Optometry Examining Board of Canada and held other key roles at an Ontario regulatory body and a Canadian bank.

She holds a B.Comm and an MBA from Memorial University and serves as a director of Brain Injury Canada.

She succeeds outgoing CEO Keith Lancastle, who is retiring from AIC.

“Arie and Trevor have successfully led their teams through many changes over their time with Crombie, including the unprecedented pandemic period of the last two years,” Clow said in the announcement.

“Their strong leadership skills and commitment to Crombie’s team and strategy will enable their success in these positions.”

Nova Net Lease REIT (NNL-U-CN), a Canadian-U.S. cross-border real estate investment trust focused on specialty agricultural assets in the United States, has added Rick Turner to its board of trustees.

Turner is the CEO of TitanStar, a family office investing in real estate and other commercial endeavours.

He was the chairman of the board of Pure Industrial Real Estate Investment Trust, also known as PIRET, from its inception in 2007 until 2018 when it was acquired by Blackstone. That industrial real estate trust went public with a $19 million IPO and was later sold for $3.8 billion.

Turner has served as a CEO and as a director on the boards of numerous commercial enterprises, such as: International Airport Terminals, Inc., Invesque Inc., Western One, and NexLiving Communities, Inc., HealthLease Properties, SunRise Senior Living, among others.

Turner has also been an administrative law adjudicator and a board member of the Vancouver Fraser Port Authority and the 2010 Vancouver Olympics. He also chaired the boards of both the Insurance Corporation of British Columbia and the B.C. Lottery Corp.

“Patricia is a strong strategic thinker and we have appreciated her contributions to our operations and our growth,” said Sine Chadi, CEO of Imperial Equities. “We wish her every success as she moves on to pursue new opportunities.”

No successor was immediately announced, but the company said it has launched a recruiting process.

Elizabeth Carducci has been appointed to the board of directors of property services company FirstService Corporation (FSV-T). Her addition expands the board to nine directors, eight of whom are independent directors.

Carducci is currently an advisor and investor in early-stage companies, having recently retired from a 21-year career at Medallia, a software company in the customer experience space.

As a member of the founding team, Carducci joined Medallia in 2001 and helped build the company into an industry leader with 2,000 employees and more than $500 million in annual revenues.

Carducci held numerous operational roles during her tenure at Medallia, culminating in her position as chief revenue officer.

Under her stewardship, Medallia became the leading provider of customer experience management solutions across a wide variety of industries, including the hospitality, retail and financial services sectors.

Prior to Medallia, Carducci led the global contact centre organization for Starwood Hotels, with previous roles at ITT Sheraton and Deloitte.

Carducci holds an MBA from Stanford University and a bachelor of science in electrical engineering from the Massachusetts Institute of Technology.

Ghostine appointed to Four Seasons board

He has been the CEO of Geneva-based Firmenich, the world’s largest privately owned perfume and taste company, since 2014.

Over the past eight years serving as the company’s first non-family member CEO, Ghostine has led Firmenich through a period of continuous industry-leading growth.

Prior to leading Firmenich, Ghostine worked for Diageo, the global premium spirits company, for more than two decades in senior leadership roles across four continents: Africa, Asia, the United States and Europe.

Pacitti joins DPI from the CBRE office in Montreal, where he served as a senior project manager over the past 10 years, taking on increasingly more complex projects during his tenure. Pacitti has overseen projects in Toronto and Montreal.

“Given the opportunity to play such a significant role in the growth of DPI, well, it was just too big to pass up,” said Pacitti in the announcement.

“Hitting the ground running, I’m fortunate to have the support of the team in Toronto. What excites me the most, however, is getting to work on building my own team in Montreal. Growing the business in the East is what’s driving me.” 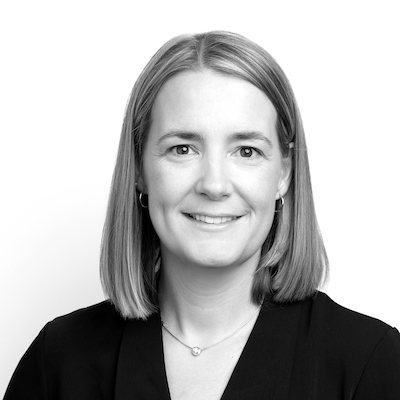 Prior to joining JLL, Leech was director of operations, strategy and special projects at a global commercial real estate operator, working with retail, office, and mixed-use asset classes. She supported the EVP of operations in developing operating and leasing strategies for retail and office portfolios.

Leech is a CFA charterholder and earned a bachelor’s degree with distinction in psychology from McGill University.

Sutic will lead an established team to drive implementation of Epic’s sustainability and innovation efforts across a diverse client portfolio and in advancing ESG performance across Epic’s business operations.

She brings over 15 years of experience in commercial real estate, focused on sustainability, property management, operational excellence and program deployment.

Prior to joining Epic, Sutic was vice-president, programs and policy, operational excellence at QuadReal Property Group. She was previously director and general manager, property management at QuadReal and at Bentall Kennedy.

Dan Washington has joined Peerage Realty Partners in the new role of executive vice-president, U.S. core services. He will lead the overall growth and performance of mortgage, title, and insurance business across the U.S.

Washington joins Peerage from Berkshire Hathaway HomeServices Carolinas Realty, where he has been since 2006.

He will work with Peerage’s partners to identify opportunities and to manage new joint venture relationships with Kensington Vanguard (Title), Summit Funding (Mortgage), Cherry Creek Mortgage, LandTrust (Title) and others.