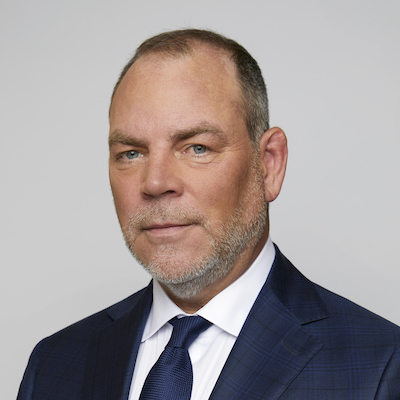 Bell has advised both public and private clients in connection with over $40 billion in real estate merger and acquisition activity, property brokerage and debt transactions.

He holds an HBA (honours business administration) from the Ivey School of Business at the University of Western Ontario.

CBRE Group, Inc. (CBRE-N) announced E.M. Blake Hutcheson has been appointed to the company’s board of directors.

Hutcheson is president and chief executive officer of Ontario Municipal Employees Retirement System (OMERS), one of Canada’s largest defined-benefit pension plans with $120 billion of AUM as of year-end 2021.

Earlier, Hutcheson was head of global real estate at Mount Kellett Capital Management, a private equity firm, and chair and president of CBRE’s operations in Canada and Latin America.

He holds an undergraduate degree from the University of Western Ontario, a master’s degree in real estate development from Columbia University and a graduate diploma (with distinction) in international and comparative politics from the London School of Economics.

This new role is a result of Colliers’ expanding position in retail management, particularly in necessity-based and enclosed-mall retail.

In this capacity, she elevated the role of operations data to drive decision making and enhanced collaboration between operations teams with leasing, finance, procurement and asset management to achieve key business goals.

SmartCentres REIT (SRU-UN-T) announced chief financial officer Peter Sweeney will leave the REIT to pursue endeavours outside of the publicly traded real estate sector. As such, Sweeney will maintain his responsibilities until a successor is in place.

“I am extremely proud to have been a participant in the extraordinary growth and transformational change that we have made with the support of all stakeholders, and I am confident that SmartCentres’ strong foundation will permit the team to continue to find new and meaningful ways to grow for the future,” Sweeney said in a prepared statement.

Sweeney had spent over seven years with SmartCentres.

Taylor appointed to Mattamy board 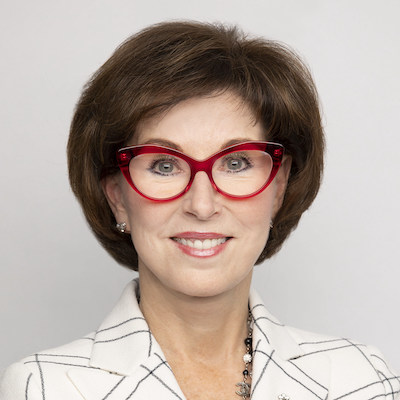 Mattamy Asset Management has appointed Kathleen (Katie) Taylor to its board of directors.

Taylor is chair of the board of the Royal Bank of Canada, vice-chair of the Adecco Group and a director of CPP Investments and Air Canada.

She serves as chair of Altas Partners, a private equity investment firm. Taylor also chairs the board of trustees for the Hospital for Sick Children.

She is the former president and chief executive officer of Four Seasons Hotels and Resorts, a firm with which she spent 24 years in increasingly senior roles.

Taylor is a member of the C.D. Howe Institute’s national council, chair of its Human Capital Policy Council and a member of the Task Force on the Digital Economy. She serves on the Dean’s Advisory Council of the Schulich School of Business and on the Principal’s International Advisory Board at McGill University.

Taylor holds an MBA from the Schulich School of Business, a law degree from Osgoode Hall Law School and a bachelor of arts (honours) from the University of Toronto.

Rodgers is an infrastructure specialist with over 16 years of experience, including 11 leading principal investments. Prior to joining Slate, he was a managing director at DIF Capital Partners.

Rodgers is being joined at Slate by Ryley Gartshore as vice-president. Gartshore, most recently director of investments at Core Development Group, previously served as associate director at DIF, where he worked closely with Rodgers.

Seth Weinert has taken a position at Avison Young as principal and director of strategy and risk management. Based in Chicago, Weinert will sit on the executive committee.

Weinert joins Avison Young from JLL, where he spent 20 years in client-facing, product and corporate development, and strategic planning roles.

He most recently served as head of strategic planning and growth for the firm’s Work Dynamics group where he delivered multi-year growth plans and led global transformation workstreams.

In his new role, Weinert will drive development of the firm’s overall long- and mid-term strategies, partnering with the executive committee on plan design and implementation.

He will partner closely with the firm’s chief strategy officer, Hiren Thakar, who is focused on the firm’s strategic growth by recruitment and M&A.

He will focus on organic growth opportunities, operational efficiencies and accelerating the company’s acquisition strategies.

Keddy has an extensive real estate background with three decades of experience in operations, most recently as president of Sutton Group Realty Services. Prior to his time at Sutton, Keddy was VP of Canada, VP of North American operations and director of corporate development with Colliers International.

PCL has adjusted its senior leadership team based in Toronto, making a series of appointments to support its expansion into new geographical areas in Central and Eastern Canada.

Marc Pascoli has been appointed senior vice-president and district manager of PCL Toronto, assuming overall responsibilities for operations in the Greater Toronto Area and Southwestern Ontario.

Monique Buckberger continues in her role as vice-president and district manager.

He succeeds Bruce Sonnenberg who has been promoted to regional vice-president, Central Canada, responsible for PCL operations in Winnipeg and in Ottawa.

Sonnenberg shares the regional stage with Todd Craigen, president of Eastern Canada, who continues to have oversight of PCL’s Toronto and Montreal districts, and with Kris Hildebrand, president of Western Canada.

Patava new member of NexPoint board

NexPoint Hospitality Trust (NHT-U-X) has announced the appointment of Jerry Patava to its board of trustees.

Previously, Patava served as CEO of Great Gulf Group. He joined Great Gulf in 2007, bringing more than four decades of experience in real estate and finance.

Patava has served on numerous public and private boards in North America and internationally.