PIRET bulks up on U.S. portfolio

Pure Industrial REIT (AAR.UN-T ) has been so busy rejigging its portfolio in Canada and the U.S. its latest news release to investors included five separate transactions covering four provinces and U.S. states. 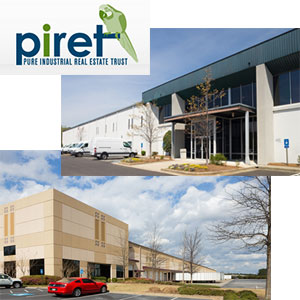 The news included the announcement of a $52.5-million acquisition of an industrial property in Atlanta and a $56.7-million sale of a majority stake in six properties in Alberta and Ontario to create a new joint venture.

Add to the mix $22.5 million in asset sales in Alberta and Ontario plus $3.7 million in a Texas land acquisition to expand an existing property holding.

“The big piece was the acquisition in Atlanta and the JV activity, but since we were announcing those two things it made sense to announce the other activities that we were working on,” explained Kevan Gorrie, the REIT’s president and chief executive.

The  joint venture news should not come as a surprise as the trust said last October when it raised $125 million in equity that it intended to reduce its exposure to the Alberta market. (That mid-October announcement was another news-heavy release that also included acquisitions in Alberta and the U.S. and the go-ahead for a development in Richmond, B.C.)

One of the two big announcements from Pure Industrial was the deal to acquire the 800,000-square-foot cross-dock distribution centre in Atlanta that is home to logistics giant DHL. The acquisition adds to the REIT’s impressive presence in the southern U.S. shipping hub where it already owns four properties.

Gorrie hinted his company was not done in Atlanta in an interview with Property Biz Canada last fall.

“We signalled at the time that we still had another one or two anchor assets to go in Atlanta and this certainly fit that criteria,” he said, while adding the new U.S. property provides “scale and a global logistics provider which is a strategic fit to us.”

The property is utilized by DHL to distribute healthcare products. “Not only is it a very competitive asset physically but there has also been a fair amount of investment made behind closed doors by the tenant which is also very intriguing to us.”

Gorrie said the latest deal gives the REIT a total of 12 properties in the southeast U.S. with more than 3.9 million square feet of distribution space.

“We have been working on this for a while. We will continue to look at further acquisitions in Atlanta. Certainly there is no urgency, I like our size there right now. If there is something opportunistic or something that fits, we will certainly consider it.”

Pure Industrial also reduced its exposure to the slumping Alberta market with a $56.7-million sale of majority stakes in five properties in Alberta. (A sixth is in Mississauga, Ont.)

The unnamed joint venture partner, who Gorrie described as “an existing partner” with the trust, is one of the bank’s insurance company arms “and this is a continuation of that relationship. They were looking to do more with us and this fit with our strategy of downweighting in Alberta and freeing up some capital to deploy in other target markets.”

The trust will continue to provide management services to the joint venture properties.‘

“These assets also had attractive cash flow characteristics. They had long-term leases and good cash flow so we didn’t necessarily want to part with them 100% so it was a good fit,” Gorrie said.

As for capital for future acquisitions, Gorrie said “we still have a fair amount of dry powder” for deals totalling roughly $150 million in cash and available credit lines.

“So there is quite a bit of capacity there to continue to pursue growth opportunities.” The trust looks to up its holdings in Ontario and B.C. as well as in the U.S.

Currently the trust’s income split is 75%-25% Canada-U.S., a weighting it expects to maintain.

The top three U.S. target markets for the REIT are Dallas, Houston and Atlanta.

As for the near future: “We continue to pursue a number of opportunities and on the disposition side we expect to have more and similar announcements in 2017,” Gorrie said.