PRO Real Estate Investment Trust (PRV-UN-X) is taking another major step toward its next goal of holding $500 million in assets by the end of 2018. 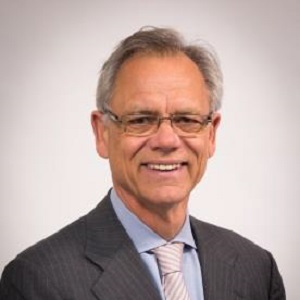 PROREIT president and CEO Jim Beckerleg told RENX the planned acquisitions of $62 million in office and industrial properties in Ottawa and Ste-Hyacinthe, Que., are a continuation of its strategy to find high-growth-potential properties in “second-tier” cities across the country.

The purchase of the six properties (five Ottawa office buildings, one industrial building in St-Hyacinthe) was announced on Sept. 11, along with its intention to internalize property and asset management, the trust’s graduation to trade on the TSX, and a $35-million public share offering.

Beckerleg said a key component in PROREIT’s growth will be to invest in cities – other than the big three of Toronto, Montreal and Vancouver – which are also experiencing strong economic growth. The National Capital Region is on the list.

“Ottawa is a new presence for us. We would like to grow there more in the future. This is a first step,” Beckerleg told RENX. “We think there are great opportunities in many mid-sized cities in the country that are experiencing economic growth.”

PROREIT is a diversified commercial REIT which has focused on Eastern Canada, where some of its senior management has historical roots. In recent years, the trust has begun to expand to Central Canada and further west.

It was founded in 2013 by Beckerleg and Gordon Lawler, who serves as the chief financial officer. The company’s assets are currently worth more than $400 million, but the latest purchases will push PROREIT close to it $500-million target.

The growth has been buoyed by a series of large acquisitions. Earlier this year, the company purchased a total of 12 commercial properties with an aggregate value of $45 million. In 2017, PROREIT added 29 properties to the portfolio and increased its revenue 40 per cent. Beckerleg is optimistic similar growth can be maintained moving forward.

“As long as we can find attractive acquisitions and we can raise capital to support them, I would say that we’ll continue to see the balance sheet expand,” said Beckerleg.

Internal hurdles have been overcome

As a small-cap REIT, there have been internal hurdles for PROREIT to overcome in order to continue expanding, but management has been checking off the goals one by one.

PROREIT wanted to lift its market cap above $100 million, and achieved that more than a year ago. As the $500-million asset plateau looms, the trust has begun internalizing its management operations.

Before the purchase, PROREIT had handled day-to-day operations and property leasing through third parties. Compass has an established customer base from the East Coast to Ontario, and brings 20 years of management experience to PROREIT.

“That acquisition is really important,” Beckerleg said. “In the future, it will give us better day-to-day control of leasing and costs, and greater transparency of the whole management process. They’ll be able to take over properties as we acquire them on a national scale.

“They successfully took over our Winnipeg portfolio and have been managing it to continued institutional standards.”

On the asset management side, capital allocation and sale decisions are currently managed by an external company owned by Beckerleg and Lawler. PROREIT’s board of directors previously agreed to begin internalizing asset management once its balance sheet hits $500 million.

The plan is for PROREIT to buy out the management contract with Beckerleg and Lawler, then hire the current executives providing those services.

Beckerleg said the trust’s growth plans focus mainly on acquisitions. While PROREIT has made minor expansions though pad developments on some of its properties, the bulk of its growth has been via acquisitions.

In the case of its recent Ottawa acquisitions, Beckerleg said any intensification would come by expanding existing buildings rather than development of new ones.

This means PROREIT needs continued access to capital, which is where its graduation to the TSX comes into play. It has been trading on the TSX Venture Exchange.

“It introduces you to a broader range of eligible investors who may be a little less positively inclined towards investing in companies which sit on the venture exchange only. It just gives you broader access to capital, we believe, over time,” said Beckerleg.

As part of its Sept. 11 release, PROREIT also announced a public offering of $35 million in trust units. That money is earmarked for use as part of the $62-million property acquisition as well as debt reduction.

If the public offering goes through as planned, PROREIT expects its leverage to fall below the current 55-60 per cent level.

If the Ottawa and Ste-Hyacinthe acquisitions close as expected, PROREIT will be another step closer to fully internalizing its management process. Graduation to the TSX has given the trust a new air of maturity as a company and it will continue to seek out ways to increase access to capital.