When four panelists met to lay out their prospects for the four major commercial real estate asse... 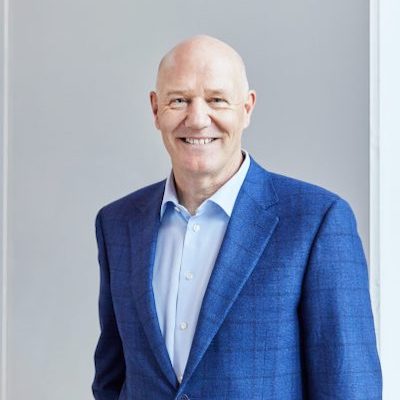 When four panelists met to lay out their prospects for the four major commercial real estate asset classes during a recent RealCapital virtual panel in Toronto, trends had been pretty clearly established in three of the sectors.

Industrial and multiresidential were (and are) performing well. Certain segments of retail continue to generate strong returns, while others are struggling. However, while there’s a consensus among many office owners and occupiers that most employees will return post-pandemic, there’s still some uncertainty about the home and office mix once the pandemic ends.

“The sectors are always evolving and total return performance varies,” said moderator Peter Senst, CBRE’s president of Canadian capital markets, in his introduction. “Every sector has its own cycle. It’s therefore critical for leaders of real estate companies to make strategic decisions knowing that the future of different asset classes may, and likely will, change their momentum.”

Allied and the office sector

Allied is focused on providing distinctive urban workspaces to knowledge-based companies in major Canadian cities. Despite the pandemic, Emory said 2020 was an encouraging year.

“We had virtually no tenant failures in the office component of our tenant base. Our same-asset NOI (net operating income) sustained itself relative to 2019, which we were very pleased about given the amount of rent we abated under the CECRA (Canada Emergency Commercial Rent Assistance) program.

Allied had a 17.3 per cent average net rent increase for renewals across its portfolio over 2020. Emory attributed that to the strengths of its three largest markets: Toronto, Montreal and Vancouver.

While there’s been a lot of talk about how working from home will impact the market, Emory said almost all of Allied’s office users intend to return their entire workforces to the office after the pandemic is over.

They’ve experienced corporate cultural disintegration and declines in engagement and productivity as people have continued to work from home.

Allied is very urban-focused and Emory doesn’t believe companies will make any major migration to the suburbs for office space. While he said the suburbs remain viable, he thinks the pre-COVID-19 trend of increasing urban intensification will continue.

“Centuries of human history is not going to reverse itself because of a transitory pandemic,” said Emory. “It just isn’t.”

While trading in office buildings essentially stopped when pandemic shutdowns kicked in last spring, it restarted late last year largely where it left off in February 2020.

“We don’t expect to have any distress opportunities in 2021,” said Emory. “We will pay top dollar for whatever becomes available to us that fits squarely within our investment and operating focus in 2021.

“And if we don’t, someone else will. There’s a tremendous amount of money looking for a home. A lot of it is very long-term investment capital. I expect it to be expensive and I expect trading to be considerably more active for high-quality urban office space in Canada in 2021 than it was in 2020.”

Summit Industrial Income REIT (SMU-UN-T) owns and manages an 18-million-square-foot portfolio of light industrial properties in Ontario, Quebec and Alberta. CEO Paul Dykeman said fundamentals for the class were the strongest ever in February 2020 and the year ended in a similar position.

More than 90 per cent of Summit’s portfolio remained open through the pandemic, though some small-bay tenants were impacted and utilized the CECRA program and rent deferrals. Occupancy remained between 98 and 99 per cent throughout 2020.

Summit increased rents by more than 20 per cent on expiring leases and closer to 30 per cent in the Greater Toronto Area. Some increases approached 50 per cent, according to Dykeman.

Interest in industrial has grown substantially in the past few years; it’s seen as a stable and safe income-producing investment vehicle with increasing growth upside. Dykeman said Summit is only buying industrial properties in the Toronto and Montreal areas because it forecasts continued growth and demand in those markets.

Dykeman said industrial land is trading at up to $3.5 million per acre, which would push rents per square foot up to $13 to $15, while in-place rents are around $6.50.

With a limited supply of quality industrial space to acquire at below replacement cost, Summit is becoming more active in development. Dykeman said the downside is industrial properties now take longer to build and the cost will approach $300 per square foot. It was around $175 just a few years ago.

Amazon’s aggressive Canadian expansion is dragging the industrial market along and pushing rents up, but it’s not alone. Other e-commerce players are also driving demand and Dykeman said more attention is being placed on the onshoring of additional inventory after product shortages and international shipping delays caused problems in the early days of the pandemic.

Managing director of portfolio management Christina Iacoucci said BentallGreenOak’s multiresidential portfolio has held up very well through COVID-19 headwinds, including higher unemployment, lower immigration and reduced post-secondary student populations. All of these factors have combined to increase vacancies in the rental market.

Sun Life’s portfolio has been repositioned over the past four years to focus on the intensification of urban cores. Iacoucci said that has paid off even though the pandemic prompted some younger families to move out of the core due to affordability and to take advantage of low interest rates and more space.

“Downtown markets have been hit harder than the suburban markets due to an influx of new purpose-built rental supply that has come on stream, as well as the increased shadow rental supply that we’re seeing from short-term rentals and condos,” said Iacoucci.

Iacoucci expects a significant post-pandemic snapback in urban and suburban apartment demand as market and economic fundamentals are still strong.

“There’s still going to be a wide range of investors looking to add multifamily to their portfolios,” she said. “Despite the greater amount of new purpose-built rental that has come on to the market and will continue to come on to the market, the demand will still outweigh supply.” 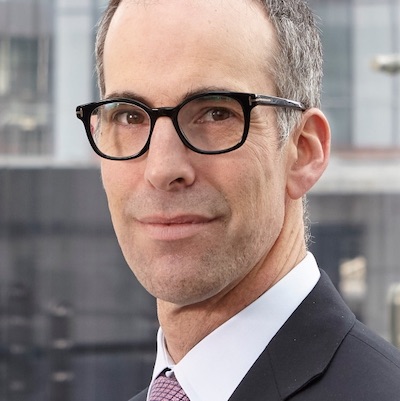 RioCan REIT (REI-UN-T) owns, manages and develops retail-focused and increasingly mixed-use properties in high-density transit-oriented areas. Its portfolio was comprised of 223 properties, with RioCan’s interest accounting for 38.3 million square feet of leasable space, as of Dec. 31.

Part of RioCan’s diversification strategy is due to the challenges facing the retail sector. However, president and chief operating officer Jonathan Gitlin said: “Our biggest challenge is bridging that wide gap between perception and reality.”

While 2020 showed weak spots in bricks and mortar, Gitlin said physical retail outlets still have a critical function in providing goods to consumers. Necessity-based retail has performed well through the pandemic and Gitlin expects shoppers will want to return to experiential retail stores once the majority of Canadians are vaccinated.

There’s been some weakness in urban storefront locations, but Gitlin believes there will be a resurgence and major Canadian markets will once again thrive.

RioCan has benefited from stronger suburban markets, however, where its retail locations have done well and Gitlin said tenants are happy to renew. The trust has sold all 506 units of a retail/condominium mixed-use development it’s building in the Greater Toronto Area city of Oshawa.

Gitlin said 2020 was quiet for retail transactions due to uncertainty about underwriting, which left many potential investors uncomfortable. He believes grocery-anchored shopping centres are resilient and safe and a good investment opportunity for a variety of different investors.

The lending community is still willing to lend money on the backs of well-located retail properties, according to Gitlin. He believes the Canadian investment market, especially for grocery-anchored and necessity-based retail, will ramp up.

Enclosed malls are difficult to underwrite and predict and are experiencing more strain. While retail power centres have an enhanced perception of risk, Gitlin thinks they’ll also be recognized as safe places to invest.

Gitlin said there are still solid fundamentals in place for good retail property operators and managers in good locations with value-oriented tenants. The sector also offers another benefit.

“These are typically very conveniently located parcels of land that have great income streams on them. But there’s a lot of flexibility in what you can do with those parcels of land.”

There are opportunities to buy retail in public markets at deeply discounted values and Gitlin expects that discount to net asset value will narrow.