One of the country’s largest owners of retail properties, RioCan REIT (REI-UN-T), will cut distri... 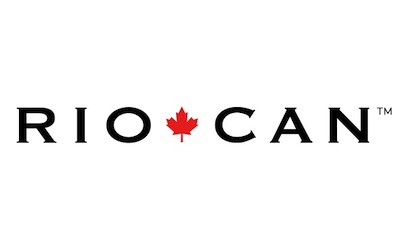 One of the country’s largest owners of retail properties, RioCan REIT (REI-UN-T), will cut distributions to unitholders by a third starting with its payout for January 2021.

The extended and major impact of the COVID-19 pandemic on the retail sector is cited as the reason for the reduction from $1.44 to 96 cents on an annual basis. That represents a drop from 12 cents to eight cents per unit, per month.

“As RioCan continues to navigate through the uncertain retail landscape created by the COVID-19 pandemic and faces an unknown length and breadth of closures, the board has taken the prudent action of reducing our distribution,” RioCan CEO Edward Sonshine said in a release Thursday night.

“A more conservative payout ratio is important in this undeniably challenging environment despite our well-positioned portfolio, solid base of tenants and deep liquidity.

“At the same time, we believe the current circumstances present an opportunity for us to optimize our capital allocation towards accretive initiatives as we remain committed to driving value creation for our unitholders and increasing distributions from this new base as conditions permit.”

Reducing dividends is something Sonshine had pledged to do everything in his power to avoid earlier this year. During the REIT’s Q2 call with analysts in the spring, Sonshine sought to reassure its investors, suggesting RioCan’s balance sheet would remain sufficiently strong to avoid such a move.

“We consider our distributions a promise to our unitholders, and while the board of RioCan are of course the decision-makers on this matter, management currently sees no reason to recommend any changes to our current distributions,” he said at the time.

The distribution cut will provide an additional $152 million in cash for the REIT on an annual basis. In the release, RioCan said it will be used to “fund initiatives that drive long-term net asset value growth” including its ongoing program of mixed-use residential developments, unit buybacks and debt repayment.

Although RioCan reports receiving more than 93 per cent of its rents during Q3, it also analyzed the trust’s retail tenant base and found 22.3 per cent “potentially vulnerable.” The analysis classified just over 70 per cent as “strong” and 17 per cent as “stable.”

RioCan has also included a provision of about six per cent for rent abatements and potential bad debt.

The REIT’s mid- and long-term strategy to diversify is heavily focused on development and redevelopment, mainly of multiresidential assets at its existing properties. It is also involved in several other major mixed-use developments including The Well and ePlace in downtown Toronto.

Despite slowing the progress of some early-stage projects this year, RioCan was expecting to spend $350 to $400 million in 2020 on these projects.

The trust has also seen significant property value writedowns through 2020 as the pandemic has continued and hit the retail sector particularly hard. Through the first nine months of 2020, RioCan wrote down $484.5 million in value, mainly on its retail assets, or about 3.4 per cent of total value.

On the liquidity front, RioCan reported in its Q3 2020 financials the trust maintained $803 million of cash and undrawn credit lines, as well as $8.7 billion in unencumbered assets.

Like most publicly traded entities in the sector, RioCan’s stock price was heavily impacted by the market slowdown in the spring. After trading in the high $27 range earlier this year, the stock was at $18.03 at close on Thursday.

As of  Sept. 30, its portfolio was comprised of 221 properties with a net leasable area of approximately 38.4 million square feet (at RioCan’s interest) including retail, office, residential rental and 16 development properties.