The Scarborough Centre area is ripe for major development and Colliers is marketing a Progress Av... 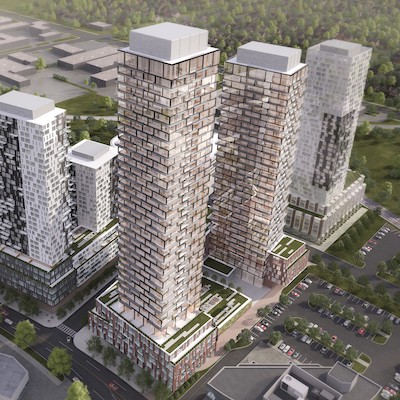 A rendering of a concept for 49- and 40-storey residential towers, with a connecting podium, at a for-sale development site at 675 Progress Ave., in Toronto. (Courtesy Colliers)

The Scarborough Centre area is ripe for major development and Colliers is marketing a Progress Avenue property zoned for a high-density project which could get the ball rolling.

The 1.6-million-square-foot Scarborough Town Centre mall, owned by Oxford Properties and Alberta Investment Management Corporation, acts as the hub for an area that’s roughly bordered by Highway 401 to the north, Ellesmere Road to the south, Bellamy Road to the east and Brimley Road to the west.

The Scarborough Civic Centre, which provides a variety of municipal services, and a YMCA are also in the area.

“Once you add in all of the land surrounding Scarborough Town Centre, there’s potential for another five to 10 million square feet.

“It’s a mix of uses that’s mostly residential but with office, retail and hotels. It has a place-making ability. It’s hard to do that on one-off sites downtown.

“In the next 10 years you’re going to see a real transformation and push into this node, because where else are we going to accommodate the amount of growth that’s targeted for Toronto?”

Oxford is one of the biggest owners of land with development potential in the area. It submitted an application late last year to transform a vacant 3.4-acre parcel of land at 25 Borough Dr., immediately west of Scarborough Town Centre, into a mixed-use development with three towers and more than 1,300 purpose-built rental residential units.

“They’re starting to activate some of those greenfield sites in and around Scarborough Town Centre,” said Keyzer. “We’ve already seen a couple of applications in and, when the subway comes in, you’re going to see more and more.”

Colliers compiled a list of other proposed developments in the area that includes:

– Toronto District School Board’s 10.9-acre site at 705 Progress Ave., which would accommodate a school and a park;

– Crombie REIT’s site at 1215-1255 McCowan Rd., which will likely be redeveloped as high-density residential;

– and Atria Development’s 4.4-acre site at 1680 Brimley Rd., where there are plans for four towers with almost 1,600 residential units and retail space. 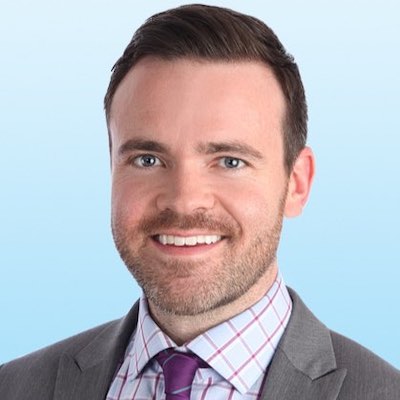 The family retained the land but sold the company to J2 Management Corp., which renamed it AGS Automotive Systems, in 2002.

“They went through an official plan amendment as part of a comprehensive review to change the land designation to mixed-use,” said Keyzer.

“They worked for a number of years doing that and, now that they’ve completed that and the market has continued to get stronger and stronger, they want to realize some of the value for all of that effort and years and years of working with the city to get the property to the current zoning status.”

The property is zoned, with site plan approval pending, for two towers of 49 and 40 storeys with a connecting podium.

The total gross floor area is 936,934 square feet, with about 78,000 square feet allotted for office space, 4,000 square feet for retail and the rest for residential. An on-site park is also in the plans.

“In terms of zoning, it’s probably the most far along in the whole node,” said Keyzer. “It will really kick off the next wave of development there and will be, for quite a while, the tallest building in Scarborough Town Centre.”

Colliers began marketing the site on Sept. 20 and Keyzer said it has set a bid deadline date of Oct. 29.

“There’s been really good interest to start and I expect a lot more from various developers and pension funds. We could see some purpose-built rental groups possibly doing a joint venture with a developer, where you build one condo and one rental building.”

There’s pent-up condominium demand and rental rate growth has been consistent in the area, so multifamily development of either type is expected to be successful.

Downtown Toronto condos are selling for up to $2,000 per square foot, according to Keyzer, who said new condo units in Scarborough Centre would likely sell for about half that.

It already has easy access to Highway 401 and a new subway stop coming in the future will make it more attractive as both end-users and investors are priced out of downtown — where most prime condo development sites have already been snapped up anyway.

“Nodes like Scarborough City Centre have become very viable from a risk perspective,” said Keyzer. “Developers are willing to take on that construction risk.

“Before, I would say the margins were too tight, but now you have a relative price adjustment for this part of the city which makes development more viable now than ever.”

Steve McLean Residential Development Toronto / GTA Sep. 27 2021
Steve McLean Business reporter
Steve is a veteran writer, reporter, editor and communications specialist whose work has appeared in a wide variety of print and online outlets. He’s the author of the book Hot Canadian Bands and has taught reporting to college students. He is based in Toronto.