It’s been a long hard road for the Saskatoon industrial real estate market over the last few years. We’ve seen average vacancy skyrocket from under four to more than 10 per cent and a significant softening of net rental rates. 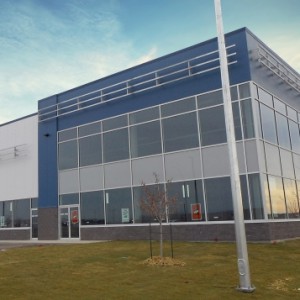 The recent announcement of the ICR-brokered Mitsubishi Hitachi Plant acquisition by Brandt Group injects some much-needed optimism into this sector.

Our first-quarter survey, which will be released shortly, reports only a marginal increase in vacancy from 10.4 to 10.5 per cent. Year-to-date absorption is calculated to be -18,694 square feet.

When comparing our internal ICR activity to last year, we’ve seen a definite increase in the number of industrial lease offers generated just over the past month.

After two years of negative GDP, RBC just released a report forecasting 2017 and 2018 provincial growth to be 1.8 per cent and 2.3 per cent, respectively.

When there are signs of a turnaround within this specific sector, it is a signal our overall economy could be heading for better times.

A review of the City of Saskatoon’s industrial land for sale shows 15 serviced parcels available in both the Marquis Industrial  and South West Industrial sectors. Prices range from $480,033 to $676,511 per acre.

As of March 1, only one industrial construction permit had been issued this year. This illustrates the level of caution that still exists when it comes to spec building.

A period of very limited construction growth is necessary to return to a healthy balance between supply and demand.

Expect a stabilization in 2017

Landlords have been found to negotiate tenant allowances and inducements which ultimately results in a decrease in the net effective rate.

The scheduled opening of the North Commuter Bridge in 2018 will have a positive impact on the Marquis Industrial area.

With the energy sector’s expected 2017 recovery, a forecasted increase in mining capital expenditures and the quality of grain harvest predicted improvement, I forecast a stabilization of both rental and vacancy industrial rates in 2017.