Office firm looks to China for tips, experiences on return to work

While Steelcase has offered architecture, furniture and technology products and services for more... 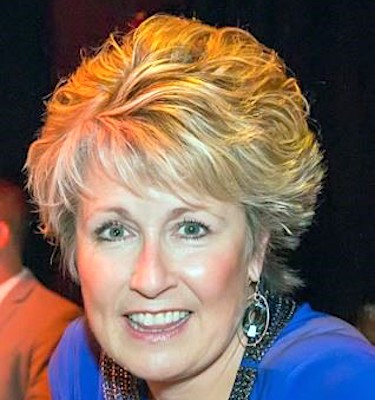 While Steelcase has offered architecture, furniture and technology products and services for more than 100 years, it’s facing fresh challenges as people return to offices during the COVID-19 pandemic.

“Where companies were really densifying their offices, that feels like it’s probably not going to be able to continue to happen,” said Mandy Sutherland, Steelcase’s senior consultant for applied research and consulting, during an interview with RENX.

“So if an organization doesn’t take on more real estate, it has to rethink how it uses its current real estate and how it spaces desks apart, because it still wants to create a great experience for when people come into the office.”

To craft its own protocols and guidelines, the company has studied the experiences in China, the first country to have a major outbreak of COVID-19. China also contained the original virus outbreak earlier than other nations, so some companies there have brought 80 to 100 per cent of their employees back in to offices.

Steelcase is learning from those experiences. A company report shows some Chinese companies adopted staggered start and stop times to reduce the people in a facility at a single time and prevent crowds from forming while waiting to enter or leave a building.

However, this still often involves waiting in lines outside buildings, where people stand two metres apart waiting to get their temperature and identity information checked, before being allowed in.

Once inside, masks are mandatory and physical distancing protocols are diligently followed.

Some desks, tables and chairs have been removed or identified as unusable to increase distance between people.

Tape and other visual cues suggest appropriate distances and arrows on the floor are used to direct one-way traffic flow to help reduce face-to-face contact while people move through the facility.

People sit apart from each other in cafeteria spaces, limits are put on numbers allowed in meeting rooms and other enclosed spaces, and spaces are cleaned and disinfected throughout the day — not just at the end of it, as was the case pre-pandemic.

Steelcase is working, often virtually, with internal and external experts to take what it already knew about design and well-being and add an additional layer of safety. It’s applying updated design principles to adjust individual and shared spaces, while also offering guidance on protocols.

“Our projects are still generally the same because they’re based on a pre-COVID framework,” said Ben Avery, Steelcase’s regional sales vice-president for Eastern Canada.

“People have already leased a certain amount of space or had it built to suit. They’re adjusting things to be safe.”

While some Steelcase clients are starting to make longer-term plans, they’ve yet to act on them. Most are focused on more immediate timelines, willing to wait and hope the crisis ends before committing to significant and expensive changes to their work environments. 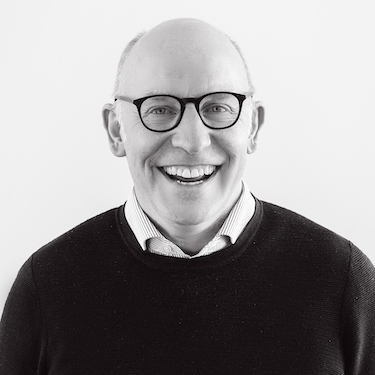 “I don’t think anybody has got to the stage – in our experience anyway – where they’re reinventing or redesigning their space,” said Avery. “We’ve had a couple of very large anticipated projects go back to workplace strategy, where it had been deep into design and development.”

Many occupiers are taking their time bringing people back into offices on a large scale (often due to local government regulations) and are introducing more safety measures and cleaning procedures when they do.

“The foundation of why they designed the space the way they did, which was about influencing and encouraging the kind of behaviour they needed for innovation, learning and all of those things, are still true,” said Sutherland.

“More progressive clients are trying to think beyond all of the COVID stuff, but recognizing that they’re going to need stop-gap measures in-between.”

Most office workspaces have intentionally been situated close together, with people face-to-face, in recent years. There are three main retrofit strategies to solve design challenges that involve density, geometry and division:

* the number of people accommodated within a space must be reduced to satisfy two-metre physical distancing requirements;

* furniture arrangement must be changed to maximize distance and minimize close face-to-face orientation;

* adding screens or panels can create boundaries and barriers between people, spaces and pathways.

Avery said less than eight per cent of current office spaces provide the minimum distance and correct geometrical formations to be considered safe under COVID-19 guidelines.

One obstacle is that many workplace furniture pieces and fixtures are tethered, and it isn’t always easy to make them work separately, according to Avery. He expects to see a return, at least somewhat, to the privacy screens and cubicles that had fallen out of favour in office design in recent years.

The concepts of hot-desking, where workers choose a workspace upon arrival at the office, and hotelling, where they schedule their short-term use of desks, cubicles or offices, may be threatened with heightened concerns about spreading a virus through touching surfaces.

Avery said some companies may allow an employee to reserve a space for a day, but he or she can be the only person to use it, even if they only need it for a short time.

“I don’t think it’s going to be the end of shared desking, but it will be accompanied by much, much, much more aggressive cleaning protocols,” he added.

Employers should be doing as much as possible to make their employees comfortable and to support them because many will still have trepidation about returning, according to Sutherland.

Steelcase endorses the creation of a pandemic response team led by a workplace manager to address the health and safety of employees returning to work. It recommends meeting daily to deal with issues including physical space, employee protocols and communication, sanitization and disinfection, and personal protective equipment.

Employees should also be given a voice to let employers know what they’re feeling and to offer ideas, according to Sutherland.

“I don’t think it’s just a matter of communicating with people and telling them what you’re doing and then letting them loose.”

Drawbacks of working from home

While many people may have enjoyed and been productive while working from home at first, those who have had to juggle small spaces, family members and roommates, while dealing with poor equipment and technology, were much less enthusiastic.

Research by United Kingdom-based WKspace suggests enjoyment, motivation and connection begin to decline and productivity levels off after five weeks of working from home.

A study of 5,835 people conducted by the Cheung Kong Graduate School of Business in Beijing revealed less than 10 per cent of workers said they were more efficient at home. Nearly 40 per cent said their efficiency decreased somewhat; 15 per cent experienced a sharp decline in efficiency.

“People have had a taste of flexibility and it will be up to each company to decide how much it will continue to allow their people to have,” said Sutherland. “I think home will be another option in the ecosystem, but we know from research that nobody can work from home 100 per cent of the time.

“They become disenfranchised from the organization and they feel isolated. They’re not as productive with some tasks.

“So that means when they do come into the office, it’s got to be for all of the reasons that they want to come together in the office.”