Summit Industrial Income REIT (SMU.UN-T) could invest $250 million in new real estate this year as it looks to achieve a billion-dollar portfolio in 2018. 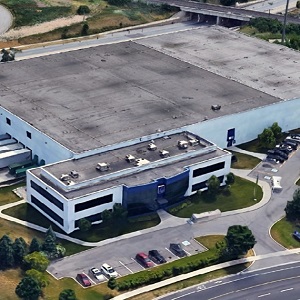 “I think there are going to be some bigger portfolios coming to the market in the next year or so,” said Summit chief executive officer Paul Dykeman.

“If you can land one of those, and do an offering at the same time, then all of a sudden your growth accelerates a little bit further. You have to poise yourself to be in the right place to be able to take on those challenges.”

The original Summit became Canada’s third-largest real estate investment trust and largest industrial REIT over 10 years before it was taken private by ING Real Estate in 2006. Dykeman launched “Summit II” in 2012 and has taken advantage of his experiences with the previous incarnation to build the new version of the REIT.

Things are being done a bit differently this time around, according to Dykeman. The average Summit tenant now has about 60,000 square feet of space compared to 10,000 in the previous version. Seventy-five per cent of the portfolio is occupied by single tenants, whereas in the past it had more multi-tenant buildings.

“There’s a pride of ownership with the building even if they don’t own it,” said Dykeman. “They want to make sure that the building looks good and presents their brand. They tend to be very stable.”

Focus on GTA, Montreal and Alberta

Summit has also narrowed its geographic focus to the Greater Toronto Area (GTA), Montreal and Alberta.

“Toronto is centre ice for industrial in Canada and is the third-largest industrial city in North America with about 850 million square feet. We really wanted to do the bulk of our buying there, and about 60 per cent of our gross leasable area today is in the Greater Toronto Area.

“Montreal is the second-largest industrial area in Canada and there’s less competition in Montreal because people tend to shy away from it, whether it’s the language, political issues or just history where they haven’t had much success in Montreal. When we buy buildings there, we can get them at a better yield than we can in Toronto because there are fewer people bidding for them.”

Dykeman said Summit liked Calgary and Edmonton four years ago but thought the properties were overpriced until they started coming down about 18 months ago, with lower oil and gas prices dragging down the province’s economy.

“We started to pick up some properties there in a defensive way with longer-term leases,” said Dykeman.

Summit’s properties have a 99.3 per cent occupancy rate, which generates a very stable and predictable cash flow that’s starting to capture the attention of the investment community.

Summit has a market cap of around $380 million. Dykeman said the REIT will consider building its own industrial facilities once the market cap reaches $500 million and its portfolio value surpasses $1 billion.

Summit Industrial not ready to build yet

While the industrial vacancy rate in the GTA is in the two per cent range, that very low rate hasn’t contributed to rents increasing as much as Dykeman anticipated. He said rents of eight to nine dollars per square foot are needed to justify building new industrial facilities, and he’s not seeing those despite the rising costs in the market.

“Everything in Toronto is pointing upward in terms of cost of land, because of the Greenbelt and they’re not making more land. The municipalities are charging horrendously large development charges of close to $20 per square foot. Ten years ago, when we were building, those charges were five dollars per square foot.

“Even before you start putting a shovel into the ground, the cost of building in Toronto is significant. The delays from the municipalities in issuing permits has made it go from 12 months to closer to 24 months to build a building.”

“When you start to get to that tipping point where everyone starts to pay more than what it would cost to build, that’s the time you should be building,” said Dykeman.

In the meantime, Summit will continue its buying spree.

The REIT announced on Aug. 16 that it will acquire a 511,848-square-foot logistics property at 5500 Trans-Canada Highway in the Montreal suburb of Pointe-Claire that’s occupied by Avon Canada Inc. The purchase price is $43 million, which includes $1.6 million that will be used for a new facade and curtain wall on the office portion of the building.

Summit chief financial officer Ross Drake outlined several factors that attracted the REIT to the property, including: the appeal of a long-term lease with a multinational tenant that’s heavily invested in the premises; attractive yield metrics, with annual 1.5 per cent rent escalations; more than 200,000 square feet of modern class-A distribution space; and a 21-acre site fronting on the Trans-Canada with future redevelopment potential.

Earlier in the month, Summit announced the acquisition of a 116,818-square-foot light industrial property at 2616 Sheridan Garden Dr. in Oakville that’s occupied by ACI Brands Inc. It was built in 2002, expanded in 2012 and cost $15.3 million.

“It’s new class-A construction in the GTA with a six-year lease with annual rent escalations, and attractive yield metrics compared with other recent trades in the GTA,” said Drake.

Earlier this year, Summit acquired: a two-property portfolio totalling 297,620 square feet in the GTA close to Pearson International Airport for approximately $22.5 million; two single-tenant buildings in the Greater Montreal Region totalling 340,520 square feet for $16.1 million; and a 120,960-square-foot property in Calgary for $17 million.

Summit is completing due diligence on two more GTA properties and there are two others it’s interested in, according to Dykeman.

“The key for us is to continue to try and buy as much as we can in Toronto, even though it’s competitive,” said Dykeman. “We’re buying in Montreal and Alberta to supplement what we’re doing in Toronto.”