It has been a busy second half of 2016 for Pure Industrial Real Estate Trust (PIRET) (AAR.UN-T), which recently announced nearly $300-million worth of acquisitions, one in Alberta and a second in the southeast of United States. 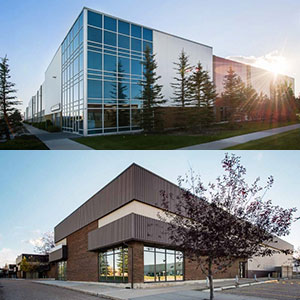 The two deals “reflect our continued focus on building an industry-leading portfolio of modern distribution properties in key industrial markets in Canada and the U.S.” said Kevan Gorrie, PIRET’s president and chief executive.

It is a selective strategy

“In Canada it is the best properties in Toronto, Edmonton, Calgary, Vancouver. In the U.S. it is primarily on the south east. Markets like Atlanta, markets like Dallas. That is our strategy in the U.S., we don’t want to be in 10 markets at a time, we want to be in key markets and we believe in the southeast of the U.S. – and the fine state of Texas,” added Gorrie, who was speaking recently from Austin, Texas.

Interviewed following the surprise election of Donald Trump, he said he was “encouraged” by the result despite a short-term volatility in 10-year Canadian bonds.

“I do feel somewhat encouraged, almost a sign that the U.S. again is open for business and it will help the energy sector and it will help Alberta in time. I am encouraged by that and being down in the U.S., notwithstanding the protests, I think that there is this general feel that people are encouraged that business is going to improve and the environment in going to improve. I think that is only good for Canada.”

NAFTA concerns aside, “Right now, I think (about) our ownership in Alberta, I am feeling more encouraged looking forward than maybe I would have a couple weeks ago.”

Size wise, PIRET’s biggest deal of the year was the $171.1-million acquisition of a 1.2 million square foot portfolio in Alberta from Artis REIT (AX.UN-T). The purchase consists of four single-tenant and four multi-tenant industrial properties with the majority in Edmonton, a city the trust was under invested in, according to Gorrie.

“Our goal has been to build the best portfolio we can in Canada and to us that means logistics-distribution type of assets and Calgary and Edmonton are important markets for us notwithstanding the drop in energy prices and the impact on the economy.”

The two Alberta cities make up half of its four-city strategy (the others being Toronto and Vancouver) that are prized for their “economic characteristics, for their strategic logistics importance in Canada.”

Even with the energy driven slump in Alberta, the province’s real estate is still not bargain bin priced.

“There are not a number of sellers in Alberta. There have been a few deals of modern distribution assets recently at low 5 yields so clearly there is still a lot of demand for modern product. There hasn’t been a lot of sellers.”

The Alberta deal was something of a special case: Artis REIT had a stated goal of reducing its exposure to the province and PIRET was eager to step up. “We are willing to take short term risk for long term gain. It is still really tough to find really good products in Calgary and Edmonton as it is in every market in Canada.”

“It is rare to see Class A product come to the market and I will tell you especially given it was a portfolio deal, to see one asset come to market. To see a portfolio come in, truly unique.”

“Primarily distribution tenants which are the exact type of tenants we are seeking in our portfolio,” said Gorrie.

A personal relationship with Artis CEO Armin Martens didn’t hurt as well. “We did the deal directly with Armin and I think part of that was just the trust we have for each other. We wouldn’t say or do anything to embarrass each other and we would be able to transact fairly.

“We were dealing directly with the REIT.”

This week PIRET unveiled its previously announced purchase of C$110 million (US$81 million) of six properties in the southeast U.S. from STAG Industrial Inc.

The US Acquisition comprises approximately 1.6 million square feet of GLA and consists of four assets located in Atlanta, Georgia and two assets located in Charlotte, North Carolina. The U.S. Acquisition was financed with a new mortgage in the amount of approximately $54.9 million (US$40.5 million) with an eight-year term and fixed interest rate of 3.06% per annum, and proceeds from the Trust’s equity offering for total gross proceeds of $143.8 million which closed on October 13, 2016.

The deal conforms with PIRET’s plan to acquire critical mass, in this case “in two of the Southeast U.S.’s most established and fastest growing markets, Atlanta and Charlotte, two markets that PIRET has targeted for expansion.”

The properties are 100% leased to seven tenants and feature high quality, functional warehouse/distribution facilities with an average clear height of 30 feet in business parks close to highways and airports.

Gorrie added the PIRET is not done acquiring. “We have got roughly another $250 million (of deals) that we are working on. But nothing that we have under contract, nothing that is imminent. We hope to get one or two deals done by the end of the year but I wouldn’t be surprised if we don’t do anything else until next year.”