This summer has been a big one for Two Sevens Capital as it celebrated its third birthday and mad... 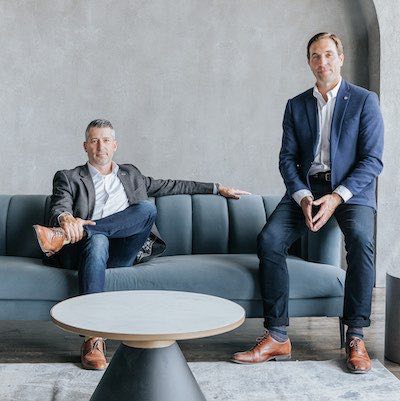 This summer has been a big one for Two Sevens Capital as it celebrated its third birthday and made its third and fourth acquisitions.

The private investment firm was founded by chief executive officer Adam Batstone in July 2018. The first 15 years of his career were spent managing money for high-net-worth families across Canada for Russell Investments and ScotiaMcLeod, and he was executive vice-president and managing partner at Skyline Wealth for almost three years before starting Two Sevens.

The five-person company’s first two funds were used for: a 66-unit value-add apartment building in Hamilton, which was acquired before the pandemic and is about halfway through its rehabilitation; and a townhouse complex in Hamilton that provides stable cash flow and has the potential for future redevelopment.

“We see an opportunity of nearly $45 billion in assets that are legacy and 40 or 50 years old,” Batstone told RENX. “Most of them need some help with capital expenditures and need to be repositioned in some way, shape or form.

“This is where we’re focused and we believe that’s an area that’s out of reach for most individual investors, but it’s on the radar for larger institutional funds or investors. There’s a sweet spot and it’s fairly significant across the entire province.

“As the province continues to grow in terms of the number of people living here and moving here, and the lack of purpose-built rental development, we see a huge opportunity to sift, sort and dig and find opportunities to create great places to live and also find opportunities for investment dollars that are looking for a home.”

Batstone believes Two Sevens can remove entry barriers to the multifamily market for individual retail investors despite growing competition for properties that fit the company’s mandate — resulting in higher prices.

“Where we’re successful is in staying 100 per cent disciplined with our acquisition strategy and knowing what we need to pay and what we can pay. That’s paying off for us. We have the knowledge and experience to be patient. We know what we think things are worth.”

Jon Olynick joined Two Sevens as managing partner and head of real estate in May. He started his career in 2001 as a commercial real estate broker for J.J. Barnicke.

He was then an account executive for Direct Energy and office leasing manager for Brookfield Properties before most recently serving as managing director and global head of real estate leasing and asset management for Manulife Investment Management.

Olynick said multifamily assets valued between $5 million to $15 million form a pricing sweet spot for Two Sevens. The company uses a scoring system to evaluate markets and properties, and only those with the highest scores are considered.

Two Sevens announced the off-market acquisition of a three-storey, 20-unit multifamily building at 385 Melvin Ave. in Hamilton for $3.3 million on June 29. It fit the firm’s value-add investment objective and new electrical service will be added.

The apartment is close to the Redhill Valley Parkway, which makes Amazon‘s fulfillment centre, Mohawk College, Hamilton General Hospital and the city’s commercial and industrial nodes easily accessible. The building, erected in 1961, is also close to parks, restaurants, retail, public transit and schools.

Olynick said Two Sevens has modelled a 66 per cent rental upside when its plan to bring the apartment up to condominium quality is executed. It’s looking for the value of the property to double in four to five years.

Less than two weeks later, Two Sevens announced the $3.7-million acquisition of a 22-unit multifamily low-rise building at 509 MacDonnell St. in Kingston which was built in 1968. It was acquired from the estate of the original builder and owner.

The property is two kilometres from downtown Kingston and not far from Kingston General Hospital, Queen’s University, Memorial Centre Arena, a microbrewery and a cross-fit gym. It also offers easy access to local public transit and Highway 401.

The firm has modelled a 42 per cent rental upside when its plan to bring the apartment up to condo quality is completed. Olynick also expects the value of this property to double in four to five years.

Two Sevens has identified nearly 5,000 of these types of assets in Ontario, according to Batstone.

“For two acquisitions, there were probably 60 opportunities on the front side of that pipeline,” he said.

Two Sevens identifies and scores markets it’s interested in, with emphasis placed on such things as population growth, employment rates, access to schools and universities, and the difference between average monthly rents and average monthly mortgage costs.

In addition to Hamilton and Kingston, where Two Sevens wants to create additional scale and density, it also likes the Burlington and Oakville markets. The firm’s objective for this quarter is to dig further into London and Kitchener-Waterloo and get to know these areas better as they score well in key performance metrics.

“There isn’t a formula that’s replicated across each property,” Batstone said of Two Sevens’ value-add strategy. “It’s more about what the market is going to bear, what the asset actually needs and what the max rents are in the area, and then we build back from there.

Improvements can include such things as the addition of in-suite washers and dryers, air-conditioning, bicycle parking and common area enhancements, as well as improved lighting, security and Internet connectivity.

Units in Two Sevens-owned buildings generally range in size from 600 to 1,000 square feet, according to Olynick. As more people have been working from home since the onset of the pandemic, Olynick said some unit layouts may be reworked to better accommodate the trend.

Two Sevens looks to partner with the top property management companies in each of its markets.

Part of Two Sevens’ scoring system includes a property’s potential for densification through future infill development, but it’s not looking to become a developer at this point.

“We can acquire current, and rehab current, for less cost per door than building from the ground up, which means better value for our investors and for ourselves,” said Batstone. “That said, that doesn’t mean that’s always going to be the case. It’s certainly something that’s on the radar.

“There isn’t enough purpose-built rental in Ontario and we think we can probably contribute to bettering that in the future.”

Olynick said Two Sevens has good relationships with developers, so there’s potential for joint ventures in the future.

“We can unlock value by strategically acquiring and working through the entitlement process. We could do that whether we’re the end developer or not.”

Steve McLean Residential Transactions Metro Vancouver Jul. 21 2021
Steve McLean Business reporter
Steve is a veteran writer, reporter, editor and communications specialist whose work has appeared in a wide variety of print and online outlets. He’s the author of the book Hot Canadian Bands and has taught reporting to college students. He is based in Toronto.