It has been a busy couple of weeks at CAPREIT, which has spent over $235 million to acquire apart... 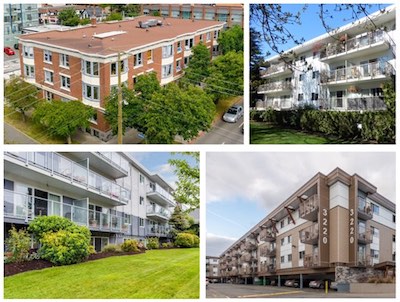 CAPREIT has acquired apartment portfolios in Victoria and in London, Ont. (Courtesy CAPREIT)

It has been a busy couple of weeks at CAPREIT, which has spent over $235 million to acquire apartment portfolios comprising 13 buildings in Victoria and London, Ont., as well as two manufactured homes communities (MHCs) with 342 sites just outside Windsor.

In total, Toronto-based CAPREIT (CAR-UN-T) has added 1,225 residential units to its portfolios with the acquisitions.

In an interview with RENX, president and CEO Mark Kenney said a long list of factors have resulted in a significant amount of multiresidential property on the market in recent months, including several portfolios.

Although it’s not always the case, vendors tend to be small to mid-sized owners.

“It’s just become a more sought-after class,” Kenney said, noting the stable financial performance of multires through the pandemic is one of the factors. “There is rotation to a certain extent out of retail, out of office, out of hospitality and into sectors like multifamily.

“That has, No. 1, with lower interest rates driven cap rates down, with lots of buyers. No. 2 is fear of capital gains; there is a real fear out there that there could be changes coming on the capital gains front.”

The pandemic has also meant a period of intense, challenging management for these owners.

“A lot of the private owners have had to suffer zero rent increases, complicated management, more stringent government controls in terms of inspections. It has not been an easy time to run an apartment building,” Kenney said.

CAPREIT kicked off its recent acquisitions with the purchases of seven apartment buildings (548 apartments) in London, and six buildings totalling 335 residential suites in Victoria.

The trust paid $214.5 million for the properties, funded by its acquisition and operating facility and $8.4 million in mortgages at a blended interest rate of 1.33 per cent.

The properties contain a mix of studios-, one-, two and three-bedroom suites. All the buildings are close to downtown, transportation links, shopping, restaurants, universities, schools, and parks, and all have undergone exterior, common area and suite upgrades and renovations over the past five years.

CAPREIT plans to decrease utility consumption through water fixture retrofits and the modernization of heating boilers. Additionally, on turnover, suites can be self-metered for hydro.

These also include studios, one-, two- and three-bedroom suites. The suites have large open-concept kitchens, new stainless-steel appliances, upgraded cabinetry and bathrooms.

All the buildings are close to transportation links, shopping, restaurants, schools and parks. The buildings have undergone recent exterior and common area renovations. 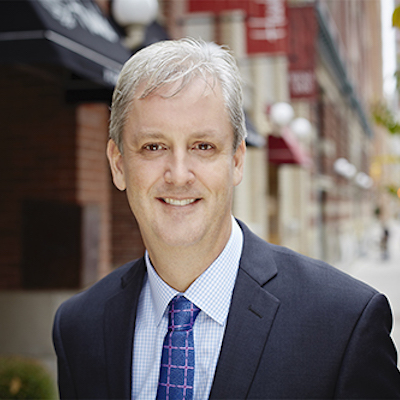 While those aforementioned factors have combined to squeeze some owners financially and cause what’s been termed pandemic fatigue, it creates opportunities for larger, well-capitalized owners which already have a presence in these markets.

The retirement sector will continue to grow as Canada’s population ages and the increase in work-from-home and hybrid work arrangements is also a factor contributing to the popularity of rentals in markets outside Canada’s largest urban areas.

Kenney said CAPREIT also likes larger apartments, with two or three bedrooms, another sector which the pandemic has made more popular.

“We think the two- and three-bedroom portfolio in the suburbs will be appealing. We think that flex work will strengthen some of the secondary markets even more,” he explained.

“So you’ve got the retirement market and flex work drawing people into places like Hamilton – we are not there – but definitely places like Quebec City, definitely Halifax, places like Victoria, and that’s why we like the Langley market too, in Vancouver.”

The two MHCs are in the Town of Lakeshore just outside Windsor in Western Ontario. CAPREIT paid $20.6 million for the properties, funded by cash and an $8.6 million mortgage. Only two of the 342 sites in one of the properties were vacant at closing.

Both are close to Lake St. Clair, located about a 15-minute drive from Windsor and the U.S. border.

“It’s a well-maintained property we are drawn to because of the stability of the income, the resilience of the income,” Kenney said. “It’s just a sector that we really like. They don’t trade often, these communities. We go in with larger yield spreads, it’s a good scalable community.”

Both properties have well-established infrastructure and are situated along transportation arteries.

Because CAPREIT now owns the land and infrastructure, and the residents own their homes, Kenney said such communities are very attractive assets.

“If apartments are income-defensive, we would put manufactured homes a step above that,” he said. “It’s just a great partnership where the people own the homes and we own the land.

“We are very much aligned in terms of the community viability, because the people own their homes and we have an investment in the land, so it is far more of a partnership than in the apartment world.

“There is a longer-term commitment, and there is an investment at stake.”

As affordability of housing continues to be a concern in many centres – increasingly including secondary markets – Kenney said MHCs are also a “great option on the affordability front.

“When the country is facing a financial housing crisis, manufactured homes offer an interesting solution in the smaller centres.”