CAPREIT (CAR-UN-T) is spending $95.5 million to acquire two Ottawa residential properties; a down... 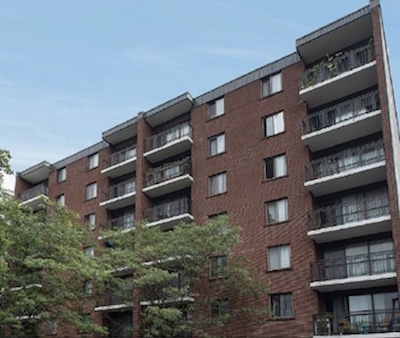 CAPREIT (CAR-UN-T) is spending $95.5 million to acquire two Ottawa residential properties; a downtown apartment building and a townhome community in the eastern section of the city.

In its announcement of the purchases, the Toronto-based trust reports it has waived conditions on both acquisitions, which combine for a total of 380 residential units. Occupancy for the residential portfolio is at 98.7 per cent.

The transaction is expected to close by the end of November.

Both sites were previously owned and operated by Homestead Land Holdings Inc., of Kingston.

“These Ottawa acquisitions are an excellent example of our asset allocation strategy to target mid-tier residential properties in strong Canadian rental markets where our experience will generate increased value for our unitholders over the long term,” said Mark Kenney, president and CEO, in the announcement.

The first property is a 50-suite apartment building at 141 Augusta St. in downtown Ottawa, a short walk from the historic Byward Market, Rideau Centre and other local restaurant, entertainment and shopping areas. The property is also close to schools and the University of Ottawa.

CAPREIT says the building has been well-maintained with the potential to add further value under its capital expenditure program.

The second property is Surrey Place and Hunter’s Point, which includes 330 three- and four-bedroom townhomes. Located in the Gloucester district east of downtown Ottawa, residents are close to green space (some of the units back onto National Capital Commission-owned property), retail shopping, schools and universities.

The townhomes include backyards, a communal swimming pool and playground. The property is also in excellent condition, the trust reports, and could also realize incremental value under CAPREIT’s management.

Ottawa’s rental market has remained robust during the pandemic. While national rents have dropped an average of 8.1 per cent, according to rentals.ca data for November, rents in Ottawa slipped just 3.7 per cent for a one-bedroom unit and 1.9 per cent for a two-bedroom in year-over-year comparisons.

Ottawa began 2020 with a rental vacancy rate of 1.8 per cent, according to CMHC data.

The two Ottawa properties comprise the second purchase CAPREIT has made from Homestead in recent months. In August, the trust spend $50 million to acquire 301 apartments and townhomes in London and Sarnia in Southwestern Ontario.

At the same time, Homestead also sold a portfolio of five properties comprising 723 units in Hamilton and London, Ont., to Ottawa-based InterRent REIT (IIP-UN-T) for $170.7 million.

In the past few years, Homestead has poured millions into new developments in Toronto (1000 Mount Pleasant Rd.), Kingston (a multi-tower project along Highway 15) and at 99 Range Rd. in Ottawa to add more modern inventory to its portfolio.

The company owns and manages over 27,000 apartments across Ontario.

After the August purchase, Kenney told RENX there were a “robust” number of properties available and suggested there would be a “very, very high deal flow in Q3 and Q4.”

CAPREIT owns or has interests in approximately 66,700 residential apartment suites, townhomes and manufactured housing community sites across Canada and also in the Netherlands and Ireland.