Thousands of new apartment units ‘at risk’ in Vancouver

Approximately 12,000 planned Metro Vancouver purpose-built rental apartment units worth an estimated $5 billion are at risk of not getting built due to government policies, rising construction costs and delayed permitting, says an apartment building sales specialist. 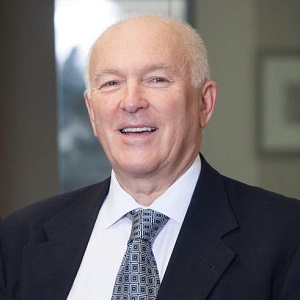 There are roughly 20,000 apartment units either proposed, approved or under construction in the region, said David Goodman, a commercial real estate agent who specializes in apartment buildings with HQ Commercial.

“Of the 20,000 suites, 7,900 are actually in the ground now and under construction,” he told RENX. “So, there’s roughly 12,100 that are either proposed or approved but not in the ground yet, so these are potentially at risk.”

Goodman used a per-unit estimated value of $450,000, meaning the total value of the 20,000 units equals $9 billion. That means the at-risk units would be worth about $5 billion, he estimated.

Several factors could stall the region’s apartment construction market as the purpose-built rental vacancy rate remains at one per cent.

The biggest culprits include time delays in the municipal development permitting process, which can often take two to three years, Goodman said. Also, construction costs over the past three years have increased 30-40 per cent, and the imposition of various development fees are forcing developers to pause, he said.

“It’s really death by a thousand cuts,” he said, while adding some Metro Vancouver cities are doing better than others in spurring new rental projects.

“In Delta, there is not one rental project,” he said. “In White Rock, there is only one project for 29 units.”

He lauded the City of Coquitlam, which he said has 3,071 units approved or under construction across 21 projects.

“They’ve made up their mind, with the backing of the electorate, that rental housing would be a very beneficial asset and would help the social fabric of the community,” he said.

Using the same incentives, the city also launched the Moderate Income Rental Housing Pilot Program late last year. It aims to encourage private developers to put up buildings containing only rental units, including 20 per cent earmarked for households earning $30,000-$80,000 per year. The pilot program will run until July 1, 2019 and will select up to 20 rezoning applications.

That’s not nearly enough, he said: “We need at least triple that.”

Private investment will be “fickle”

He said private investment will prove to be fickle.

“Providing sufficient density, eliminating or reducing development fees and fast tracking the approval process would be a good start,” he said.