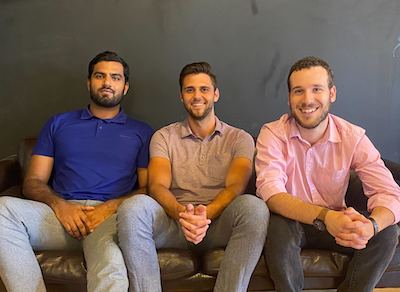 VendorPM, a marketplace connecting property managers and service vendors, has raised $20 million in Series A funding including investments from some significant names in the industry.

“Our mission is to modernize the way that vendors and property managers work together,” VendorPM chief executive officer Emiel Bril told RENX. “The product is a SaaS (software as a service)-enabled marketplace that focuses on vendor management, vendor sourcing, procurement and compliance.”

“As we continue to grow at scale, we’re going to look to partner with more of the key industry players and then shift more to growth equity funds as well,” Bril said.

Bril began offering door-to-door window cleaning services to houses when he was 14 and continued to grow the business through his time at university to the point where clients became property managers for residential and office buildings.

“I couldn’t believe the amount of money that property managers were spending on something like window cleaning and it got me thinking about how much they were spending on other building services,” Bril said.

“The whole workflow is very offline and manual so it’s very reliant on e-mail, Excel and word of mouth. In evaluating the challenges and pain points for both vendors and property managers, I realized that there’s a real opportunity here.”

Bril said there are three primary end-users for VendorPM: property managers and building managers at the site level; property management executives at the corporate level; and vendors and service providers who complete the work.

Toronto-headquartered VendorPM launched in January 2020 and has grown from a two-person operation to a company now employing more than 70.

It’s operational across Canada, was recently established in Chicago and will expand into Washington, D.C. next. Boston and Miami are among the U.S. markets that will follow.

Bril said it takes seven people to launch VendorPM in a new market and that number grows to 12 once that market reaches maturity. It takes about six months to get a market to maturity and the plan is to launch in two to three new markets every year.

The VendorPM platform and marketplace supports more than 5,000 buildings and close to 40,000 service vendors.

Where new funds will be deployed

This latest funding round follows VendorPM’s $6 million seed round led by Bessemer. It will enable the company to continue to reinvest in building out its team and platform while supporting the U.S. expansion.

The new funding round will also enable VendorPM to build out new product offerings for both service vendors and property managers, including new payment technology solutions to enable an increasingly frictionless workflow with a comprehensive platform experience from procurement to payment.

The payment function will add another revenue stream to the existing monthly subscription fees the company receives.

Bril said his team members interview 10 property managers and 10 vendors every week to get feedback, so they know they’re delivering needed solutions.

“If we left it up to internal teams to make those decisions, I don’t know if we would have achieved the same outcome.

“I think it’s really, really important to have the mind, the vision and the opinions of end-users at the forefront of everything we do.”

Harold von Kursk Residential Proptech National Jul. 12 2022
Steve McLean Business reporter
Steve is a veteran writer, reporter, editor and communications specialist whose work has appeared in a wide variety of print and online outlets. He’s the author of the book Hot Canadian Bands and has taught reporting to college students. He is based in Toronto.