For the second straight day, one of the world’s largest retailers has announced construction of a new distribution centre in Canada. 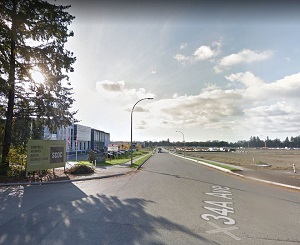 Walmart Canada (WMT-N) said Thursday it will spend more than $175 million to build a 300,000-square-foot, high-tech, state-of-the-art fresh and frozen grocery facility in Surrey, B.C. The centre will be the hub for deliveries of fresh produce and frozen grocery items to 60 stores throughout the province.

The announcement comes just 24 hours after Amazon (AMZN-Q) announced plans for its latest fulfillment centre, a million-square-foot development in the suburban Greater Toronto Area Town of Caledon. Construction of that building is slated to begin rapidly, with occupancy late in 2019.

The Walmart facility, which the company is also calling a fulfillment centre, is not scheduled for construction until 2021. It is expected to open 14 to 18 months later – in 2022.

Walmart facility to be zero-waste

Where Amazon’s release focused on jobs and employee benefits, Walmart’s announcement zeroes in on sustainability, including plans for the facility to be zero-waste when it opens in the Campbell Heights Business Park.

“Walmart Canada is delighted to build our new fulfillment centre in Surrey,” said John Bayliss, senior vice-president, logistics and supply chain, Walmart Canada, in the release. “We believe that our zero-waste, sustainable facility will be a great fit for this community.

“We are also looking forward to working closely with the outstanding universities and colleges in Greater Vancouver to connect with highly skilled individuals and offer employment opportunities.”

Specific sustainability features will include:

Walmart said it will partner with a leading warehouse technology company to design a modern and innovative building, including state-of-the-art automated technology.

The location will also reduce the company’s long-haul trips and thus reduce its carbon footprint.

“We are also pleased to hear that the projected plan for the facility features an elevated design with a smaller footprint when compared to traditional warehouse facilities,” said Surrey Mayor Linda Hepner in the release. “This is a novel, forward-thinking approach, in line with the City of Surrey’s progressive leadership in the stewardship of industrial land within the region.”

Walmart’s supply chain from its Canadian distribution hubs is massive with more than 4,500 employees and drivers moving thousands of items daily from sites located in Calgary, Mississauga and Cornwall to stores from coast to coast.

Walmart Canada operates 8.75 million square feet of distribution centres and will move approximately 853 million cases of merchandise during its 2019 fiscal year. The goods are transported by a combination of third-party fleets as well as Walmart Canada’s 180 tractors, 2,000 trailers and more than 350 drivers.

With more than 85,000 associates, Walmart Canada is one of Canada’s largest employers.