Winnipeg CRE could be a Western leader post-COVID

Winnipeg’s economy emerged from the 2008-’09 recession in very good shape, and it looks poised to... 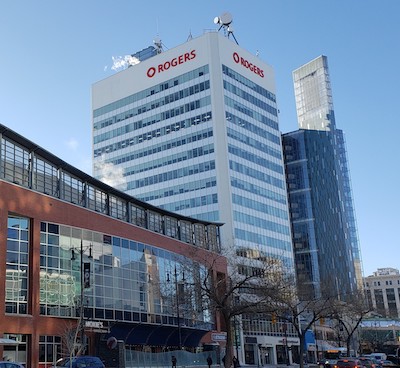 Winnipeg’s economy emerged from the 2008-’09 recession in very good shape, and it looks poised to repeat that success following the COVID-19 crisis.

“As markets like Alberta have struggled with the oil markets being what they’ve been over the past number of years, there’s been more and more attention on this market,” CBRE Winnipeg vice-president and managing director Ryan Behie told RENX.

“During times like these, you’ll see a focus on core assets. Larger institutional owners will focus on top-tier assets in Canada’s largest cities, which one can argue would result in waning demand for a market like Winnipeg. But, it has actually done the opposite.”

Behie said if and when owners do divest “very good assets” in Winnipeg, there’s a ready list of buyers.

“There’s certainly enough local and regional capital that is willing to take up opportunities to acquire these assets. I don’t necessarily think that this is going to take any wind out of any sails in investment in a market like this.”

“What’s nice for a medium-sized market like Winnipeg is that we’ll probably see more than our fair share of increased warehousing requirements,” he explained. “Some supply-chain channels need beefing up in medium-sized markets, where they were already beefed up in the larger markets like Calgary.

“On the manufacturing side, I don’t think the notion of on-shoring is going to play a market-changing role, but it certainly may have some positive influence.”

* A 250,000-square-foot package sorting facility is being built for FedEx Ground;

* Shindico Realty Inc.’s Plessis Business Park, located within the St. Boniface Industrial Park, will be comprised of five multi-tenant buildings ranging in size from 31,000 to 98,600 square feet upon completion;

* Approximately 25 commercial condominium units are under construction in South Landing Business Park, with another 13 being built in Shindico’s BrookPort Business Park.

“I just completed an eight-acre build-to-suit transaction on behalf of a tenant with one of the major developers pre-COVID, and post-COVID that will certainly continue,” said Behie. “Everybody’s committed.”

Greater Winnipeg has the largest office inventory among Canada’s medium-sized cities, with almost 12.4 million square feet as of the first quarter of this year, according to Altus Group.

Behie anticipates Winnipeg’s office, retail and industrial asset classes experiencing short-term, and minimal, increases in vacancy rates in the second quarter. This would be the result of a few downsizings or closings that may have been previously contemplated, and which were given a push by COVID-19.

“The strategies that involved growth and expansion, new locations or relocations, in order to facilitate a larger office or a larger facility, have been put on hold at best,” said Behie. “I don’t think the Q2 numbers will be a concrete indicator of where each asset class is going over the next year or two. I think it will be a short blip.”

While some commercial tenants are asking for reduced rents, Behie said not many landlords are buying in. 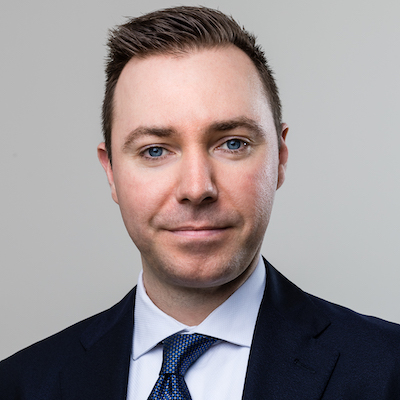 He hasn’t seen any data points indicating industrial or office buildings are worth less now than they were at the beginning of the year.

KingSett Capital and Corpfin Capital are nearing completion of a $10-million repositioning of an 18-storey office building at 330 Portage Avenue. A new podium will soon be completed that will significantly enhance its street-level appeal along Portage.

“We have completed seven new leases recently and have only two units remaining,” said Behie. “The success of the repositioning plan and leasing strategy has brought the building vacancy well below market, and this is becoming a useful case study for success in Winnipeg’s downtown class-B office market.”

There will be some industrial lease signing announcements coming soon, according to Behie.

* new offers from interested parties were coming in for retail properties for pre-COVID-19 market rents in mid-April;

* and lease signings were taking place in shopping centres in early May.

Four Safeway grocery stores are being converted to FreshCo stores, including one location Behie said has been closed for a number of years.

SkipTheDishes is leaving three buildings in the East Exchange District to consolidate its Canadian headquarters in more than 95,000 square feet at 242 Hargrave, which is part of True North Square in the Sports Hospitality Entertainment District.

Teranet is leaving a building at 276 Portage Ave. to take over a full floor being vacated by HP at the GWL Realty Advisors-owned 200 Graham Avenue.

Amazon recently acquired Winnipeg-founded ThinkBox Software, and its new 13,000-square-foot premises will be in the Artis REIT-owned Johnston Terminal at The Forks.

Wawanesa Insurance will run its North American operations out of a fifth True North Square building that will be between 17 and 19 storeys and have more than 300,000 square feet of space when it opens in 2023. It will consolidate 1,100 employees from six locations and connect to the RBC Convention Centre, Bell MTS Place and the under-construction Sutton Place Hotel and Residences.

The 27-storey, 288-room hotel and accompanying 17-storey, 130-unit residential building are scheduled for completion in 2022.

Shindico plans to break ground early in 2021 for a 124-suite apartment building at the Grant Park Festival retail centre. It will add a 60,000-square-foot office building on the same property if it can attract a major tenant.

Shindico’s mixed-use Kildonan Place project is expected to add 500 new apartment units, taking up about 100,000 square feet, with another 120,000 square feet designated for commercial space. The remainder of the site will include parking and landscaping.

The deadline for Starlight to complete its due diligence and make good on its offer was extended from Feb. 27 to Aug. 27. Discussions are continuing.

Timbercreek has begun construction on the Medical Arts Building, to turn 15 storeys of medical offices into 104 loft-style apartments. There will be office and retail space on the lower two floors.

A property at 390-404 Academy Rd., which included the Academy Lanes bowling alley among its tenants, is being converted by Globe Property Management into a multi-use building with main-floor retail, second-floor office space and 23 condominium suites.