As serviced industrial land becomes more available in Winnipeg after years of being hard to find, the market is heating up. 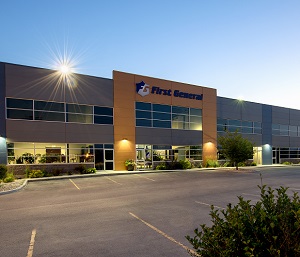 “There are developers that are developing,” said Tom Derrett, Colliers Winnipeg’s vice-president of industrial brokerage services. “There are tenants that want new inventory.

“What’s been built is working and hopefully what’s going to be built will continue to work and drive our economy. We’re open for business and we’re no longer a sleepy little town with very little activity.

“There’s lots of activity going around and we hope it continues. We just have to make sure that we’re keeping our development in check. We’re not going to overdevelop.”

Colliers recently released its second-quarter research and forecast report on the Winnipeg industrial market, which revealed a vacancy rate of less than three per cent and net absorption of 202,952 square feet of space. Derrett added about half of the vacant space is functionally obsolete.

Population growth and a healthy economy are driving demand, especially for smaller spaces, as Derrett said huge warehouses found in the vicinity of Toronto and Calgary aren’t likely to open in Winnipeg.

The scarcity of modern and functional industrial buildings and slow-to-market new supply are contributing factors to the tight market. However, investment sales of industrial properties have been brisk as investors realize the potential for profitability by entering Winnipeg’s stable marketplace.

New industrial sites are generally being leased within 12 months on average. While Derrett said Colliers has been encouraging developers to build on speculation since the company is confident the space will be absorbed, few have taken the plunge. Spec buildings of 150,000 and 60,000 feet, respectively, in Hopewell Development’s Bishop Grandin Crossing are scheduled for completion next summer.

“Developers in this market are a little bit more reluctant and a little more risk-averse,” said Derrett.

The arrival of Crystal Properties’ Brookside Industrial Park Phase III, with its fully serviced vacant land in the northwest sector’s CentrePort Canada business park, was met with enthusiasm by users and developers. Within the first six months of the year, all but five of 17 parcels listed for sale have been sold or conditionally sold.

CentrePort Canada, with its developing infrastructure and transportation access, has been a significant driver in the race to secure land in the area. CentrePort Canada bills itself as North America’s largest inland port, offering 20,000 acres of industrial land and access to three railways, a global air cargo airport and an international trucking hub.

Derrett said that’s the case with an 80-acre industrial park called BrookPort Business Park, where construction will start on sewer, water and roadways this month. It’s owned by Whiteland Developers, after it was acquired in a deal brokered by Colliers, and is being marketed by Shindico. Early interest has been strong.

Land parcels zoned for general industrial uses at BrookPort Business Park range in size from a minimum of 1.5 acres to an assemblage of lots that could expand to 23 acres. They’re selling for between $365,000 and $395,000 an acre. Whiteland has another 80 acres of contiguous land it plans to take to market in another year.

Industrial land prices vary greatly around Winnipeg. St. Boniface Industrial Park has 22 serviced acres available for $250,000 per acre in the eastern sector. In the southwest, prices range from $285,000 to $695,000 per acre, with the latter in the Bishop Grandin Crossing mixed-use development that will be ready for occupancy next spring.

“The land on the east side of Winnipeg has been available for a number of years, so the costs reflect the development costs and a little bit of demand,” said Derrett. “Whereas on the west side of Winnipeg, it’s all brand new land and it reflects the cost of subdividing that land.

“The new acquisition costs are higher. Servicing that land takes a lot more money today than 20 years ago. That’s the difference in cost right there.”

Rents have increased over the past five years as new and better product came online, which has also boosted rents for lesser properties. Whereas rents used to be in the five-dollar-per-square-foot range when they were double that in other cities, new construction with 28-foot bays is renting for $10 to $12 a square foot, according to Derrett.