Artis Real Estate Investment Trust’s (AX-UN-T) new management is forging a path that would see it... 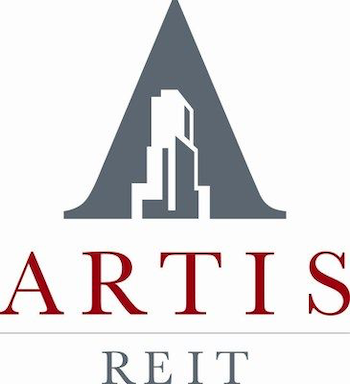 Artis Real Estate Investment Trust’s (AX-UN-T) new management is forging a path that would see it eventually shed REIT status and convert into an open-ended trust.

The strategy is one of several announcements this morning as management ended Artis’ 100-day review process.

The strategy includes the firming up of Artis’ new management team, a plan to monetize its real estate assets to redeploy capital into what it terms “active real estate capital markets investments” and an increase in distributions to $0.60 per unit annually from $0.5562 effective with the March payout (distributed in April).

“What we are about to share is pioneering in the Canadian capital markets and I am confident that the Artis team can, and will, transform Artis,” said Samir Manji, who has been named the permanent CEO of Artis, during a call with analysts and investors Wednesday morning.

“I will also add that our plan is not the easy road and will require an extremely demanding emphasis on execution.

“We are committed to turning our platform into a growth vehicle and giving Artis a real purpose for existence for its owners.”

Manji had been appointed interim CEO following the ouster of previous CEO and board member Armin Martens last fall.

At that time, Manji’s Sandpiper Group had led a group of dissident investors in forcing out several top executives due to what it considered the poor financial performance of the REIT.

“There is a lot embedded in this bold, pioneering and truly unique vision,” Manji said. “We will become agnostic on how we own real estate. We will focus heavily on emphasizing the importance of capital allocation. We will embrace opportunism and capitalize on the inefficiencies that the capital market provides for us.

“Simply put, real estate sells for dramatically less in the public markets today than it does in the private markets.”

Manji said the focus will be on growing Artis’ NAV per unit and distributions for the owners of the REIT through value investing. He reiterated Artis has traded at a material discount to its underlying NAV for many years.

While the REIT’s most IFRS value is listed at $15.03 per unit, Manji said on the call a revaluation undertaken during the past couple of months has increased that value to$16.04 per unit. In Wednesday noon-hour trading on the TSX, the stock was changing hands at $11.09.

Among the other management changes, Ben Rodney has been appointed chairman of the board of trustees, the trust has promoted Jaclyn Koenig to chief financial officer and Kim Riley to chief operating officer, and executive vice-president Frank Sherlock will retire at the end of June, in addition to the previously announced departure of current CFO Jim Green.

The appointments of Riley and Koenig will take effect April 1.

Last week during its 2020 financials call, Manji said all previous initiatives by Artis management, including a possible sale of the entire REIT, had been discontinued. The new leadership had already quashed a plan to spin off its underperforming retail assets into a separate entity.

The plan identifies several key aspects of the strategy including Artis’ plan to monetize its “extremely attractive” industrial portfolio and “evaluate” the sale of office and retail assets. Proceeds would be turned back into capital markets investments, value-add investments and developments.

“We know that today there is insatiable demand for industrial in the market,” Rodney told analysts and investors. He noted a recent asset sale in the Denver area netted a four per cent cap rate and that there remains enormous interest in Artis’ industrial assets.

“We are not giving up on industrial real estate” Rodney said, noting one possibility is to turn equity in individual assets into investments in the entities which make purchases from Artis.

Artis could also retain ownership of some of its current properties — or future acquisitions.

To facilitate this, Artis will ask its investors at its upcoming special and annual meeting for permission to end its REIT status and, eventually, become an open-ended trust.

“We’re looking for the approval to convert to an open-ended trust, but it doesn’t mean we do it immediately,” Rodney said. That would allow Artis to access different capital streams and offer tax advantages in the U.S.

Sandpiper and Halcyon International Limited (formerly Jetport Inc., controlled by Steven Joyce) together control about 22 per cent of the Artis units and are in support of the plan. In addition, management says it has support from four other unitholders representing approximately nine per cent of the units.

For the near term, it will focus on publicly listed Canadian real estate entities, employing a strategy similar to that of Sandpiper. That would include seeking board representation and other activist investor types of activities in an effort to increase value.

“Artis may serve as a catalyst for privatizations, merger and acquisition opportunities, strategic transformations and operational and governance improvements for its portfolio companies, with a focus on maximizing value for the owners of Artis,” the release states.

Management says it has not yet identified any specific targets for such investment.

The distribution increase is the second for Artis since its new management took control and is in line with pledges to increase investor payouts. So far, the distributions have been raised about 11 per cent.

Management also plans to rebrand and rename Artis, and has mapped out a two- to three-year timeline to fully implement the new strategies.

Artis intends to maintain its Winnipeg headquarters, but will evaluate its satellite offices based on its future geographical presence and ongoing job functions.