Artis REIT has indefinitely postponed a plan to spin off its retail assets into a separate REIT i... 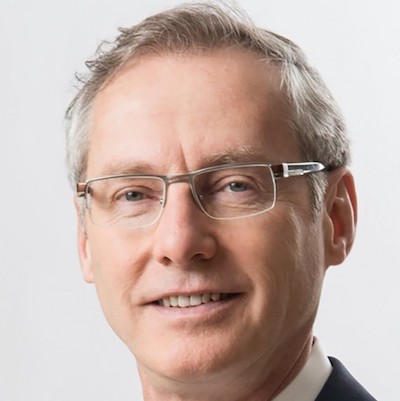 Artis REIT has indefinitely postponed a plan to spin off its retail assets into a separate REIT in the wake of an increasingly testy dispute with dissident unitholders led by Sandpiper Group.

Artis (AX-UN-T) revealed the postponement in its Q3 2020 financial report, and president and CEO Armin Martens confirmed it during the REIT’s quarterly conference call with analysts and investors on Friday.

“We firmly believe in it and we’ll deal with it another day,” Martens said of its intention to create Artis Retail REIT. He said for now, however, management is focused on the proxy fight.

“We’re not jamming this down anybody’s throat and we won’t.”

Artis also announced it is increasing distributions to shareholders by three per cent as of December. A 50 per cent reduction in those dispositions two years ago is one of the key complaints of the dissident group, which also includes the REIT’s largest shareholder Jetport Inc., and Firm Capital Private Equity Management Corp.

Sandpiper has been attempting to oust five members of the Artis board, including chair Edward Warkenton and Martens, in favour of a slate of its own nominees. That action will be voted on during a special meeting on Feb. 23, 2021.

It also opposes the plan to create a spin-off retail REIT.

Both Jetport and Firm have made public announcements they support Sandpiper in the proxy fight. Sandpiper CEO Samir Manji claims in a Monday morning “letter to Artis unitholders” to have the support of 35 per cent of Artis unitholders thus far.

Artis would require a two-thirds majority vote of unitholders in order to get approval for the retail spinoff.

“The indefinite postponement of the vote for the retail REIT spin-off is clearly a result of the lack of unitholder support,” Manji states in the letter. “It is disappointing that the board and management are more focused on preserving their jobs than accepting reality.”

During Friday’s conference call, Artis management did not accept questions related to the dispute, though Martens did allude to the battle on several occasions.

In maintaining support for the retail spin-off, Martens said tax implications could come into play for some investors if the properties are not spun off from Artis REIT and are sold on a piecemeal basis.

“The empirical data speaks for it. A very good idea,” he said. “One thing I am disappointed in is an activist coming up and not having a better idea. Just saying, ‘No, status quo, sell down’ . . . To whom, and to what price?”

“We think it’s a very good idea, a retail spin-off. It’s tax-efficient and you get something.”

Sandpiper also noted the resignation two weeks ago of Artis trustee Victor Thielmann, one of the board members it had been trying to oust.

Thielmann had been sitting as an independent. However, Artis said due to “new information” he was determined to not actually be independent.

Thielmann was a board member for 16 years.

“While Artis disingenuously attempted to spin Mr. Thielmann’s resignation as an act of board refreshment, the REIT provided no explanation as to why it suddenly determined Mr. Thielmann was not an independent trustee,” the letter from Manji states.

Sandpiper also responded to claims by Artis that it has “avoided engagement” with the REIT. In a previous release, Artis management contended it has met only once with Sandpiper representatives, in 2018.

“This is false. We have actively engaged with Mr. Martens and others at Artis over the past three years including meeting in-person over ten times, engaging in numerous phone conversations and emails, and touring every market the REIT operates in and in some instances with members of Artis’ team, including Mr. Martens himself,” the letter states.

In a response issued Monday morning, Martens focused on the REIT’s financial performance as reflected in its Q3 numbers.

“Unitholders have told us they are focused on what matters: Artis’ consistent track record of strong performance and management and the board’s uninterrupted concentration on creating value as demonstrated in another stellar set of quarterly results,” Martens said in the response, which was emailed to RENX.

“Artis has increased AFFO per unit by eight per cent – making it one of the few REITs to actually increase its AFFO per unit this year; announced a three per cent increase to common unit distributions; and is on track to continue to deliver a solid 2020 and even better results in 2021.”