Aspen Properties, in partnership with Hazelview Investments, has purchased the class-A 24-storey... 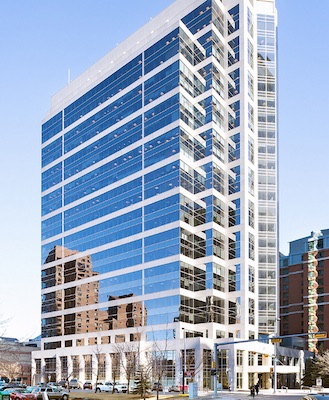 Aspen Properties, in partnership with Hazelview Investments, has purchased the class-A 24-storey Millennium Tower office building in downtown Calgary, signalling the real estate company’s confidence in the city’s market and its economic future.

Millennium Tower had been part of Oxford Properties’ portfolio. No financial figures were disclosed in the transaction for the tower, which comprises about 440,000 square feet.

“So many great brand names and companies are coming and finding growth again in our province and it’s not necessarily one industry; it’s a diverse group of financial services and technology. There’s great venture capital coming to our province right now. Double the VC investments year-over-year to the province.

“We just think the timing, we’re a little ahead of the curve, of the impact of those decisions corporate entities and entrepreneurs are making to cover the province. We’re really excited about where the province is going to go from here on a macro level.”

Attraction of the Millennium Tower

Greg Guatto, president and CEO of Aspen, said the company was attracted to the Millennium Tower because of its location, the quality of the asset and its strong tenant roster.

“What we’re seeing in downtown right now, despite the big vacancy rate that we all see, is a flight to quality where the tenants are looking to these stronger AA or well-amenitized assets to come to,” he said.

“Hence, we’ve got a full building here with a great tenant roster and we think it’s going to be the benefactor of what’s happening in our market today.”

Rob Blackwell, chief operating officer of Aspen, said Millennium Tower is classified as a class-A building but it feels like a class-AA facility.

The Millennium Tower, which will eventually be renamed, is located in the Eau Claire district of Calgary’s downtown, near the Bow River and Prince’s Island Park.

It is 95 per cent occupied in a market that has been experiencing about 30 per cent vacancy for a number of  years – though that rate has begun to decline. Avison Young’s Q2 2022 stats released Monday (Aug. 15) indicate the citywide vacancy rate dipped to 24.5 per cent, (28.1 per cent downtown) and there has been over 458,000 square feet of space absorbed during the past six months.

Anchor tenants at the Millennium Tower include Gibson Energy and Black Diamond Group. The building has been around since 2000 and at one time was known as the Ernst & Young tower.

The tower has a gym, a conference centre and a tenant lounge with a library space.

“They’ve (Oxford) done a really great job of filling out the amenities and then they filled in some flex space on the third floor. They got a lot of the amenities right. It’s a good asset,” said Blackwell. “We do love the location.

“We also don’t have anything in that location. . . . So it’s a nice complement to our existing portfolio.”

The acquisition brings Aspen’s portfolio to 15 downtown office properties – 12 in Calgary and three in Edmonton – with a total of 4.25 million square feet and asset value of $1.2 billion.

Aspen is converting about 200,000 square feet of office space in its Palliser One property to 176 apartments, featuring a mix of one- and two-bedrooms. The 27-storey office building on the east side of the Calgary Tower has close to 400,000 square feet.

The residential component of the tower will be the top half of the building – two elevator banks at the base will service the residential and the office separately.

It’s part of an initiative to alleviate the city’s stubborn high office vacancy, which led to an additional 709,122 square feet of surplus office space being removed from the market this year according to the Avison Young report.

Taking that property out of the math, Aspen’s office portfolio has an overall occupancy rate of about 85 per cent.

In the past few years, Aspen has redeveloped some older properties it has acquired, adding value with new amenities to make them more attractive to potential tenants. The Edison and the Ampersand are two examples of that in downtown Calgary.

Blackwell said the company is working through design plans for the Millennium Tower with its architect.

“It’s going to feel more like the setting that it’s in. We’re working on some new amenity offerings. It’s going to feel like Prince’s Island, the park area,” he explained. “The reason why tenants choose this location is the wonderful access to the river pathways.

“It’s a little quieter. So it’s going to feel like it belongs in that setting.” 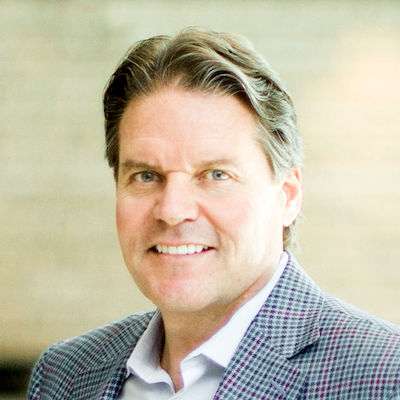 Guatto said the tower is located in a nice, clean, safe part of Calgary’s downtown and attached by the Plus 15 walkway into the core. While it is plugged into the downtown, it’s on the northern edge with the Eau Claire park-like feel to it, he added. There’s also plenty of parking.

“It’s going to be easy for those companies to attract talent to come into that asset and that’s what so many companies are looking for today,” he said.

Hutcheson said Aspen has never bought an asset of this quality.

“We will reposition the feel of it. But it’s safe to say that we usually bought at a lower level of quality of asset and repositioned the asset, upscaling the feel to it. But this one has less to do than most of our properties,” added Hutcheson.

Guatto said there is a branding opportunity with the property for a new name.

“It typically takes us a little while to come up with something cool, that’s on the mark, just like Ampersand and the Edison did,” he said.

When asked if Aspen has any other acquisition plans, Hutcheson replied: “We’re always looking.”

“There’s a lot of talk about office and the future of office and what we believe is to build a strong corporate culture you have to be in the office more than you’re not – and the office has to offer something that your home doesn’t,” he said.

“If an office building is an activator of people and space and energy and activity and excitement and amenities, then tenants will want to be there and it follows that individuals will want to come to the office to do exciting things and interact with their colleagues.

“Corporate culture gets built together. It doesn’t get built in separate isolation. So we believe in office.

“We believe that it has to be a special kind of place. It has to be a destination in itself to be exciting and to be on the horizon and to steal market share and attract the flight to quality.”

EDITOR’S NOTE: This article was updated to include data from Avison Young’s Q2 2022 Calgary office vacancy report, which was released just after the article was published.

Mario Toneguzzi Commercial Transactions Calgary Dec. 10 2021
M
Mario Toneguzzi Business reporter
Mario Toneguzzi, based in Calgary has 37 years of experience as a daily newspaper writer, columnist and editor. He worked for 35 years at the Calgary Herald covering sports, crime, politics, health, city and breaking news, and business. For 12 years as a business writer, his main beats were commercial and residential real estate, retail, small business and general economic news. He nows works on his own as a freelance writer and consultant in communications and media relations/training.