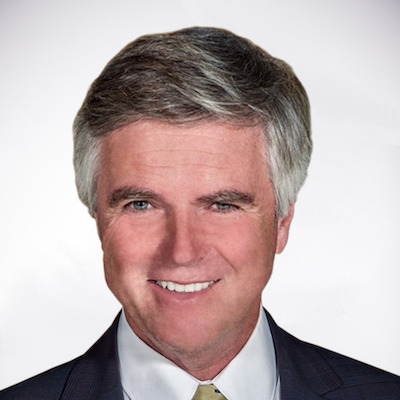 Jean Laurin will become the president and managing director of Avison Young in Quebec when his firm, Devencore, is acquired by AY later this month. (Courtesy Devencore)

Avison Young is acquiring Montreal-based real estate brokerage and advisory group Devencore in a deal that stands to make the combined firm the biggest brokerage by employee count in the city.

The transaction, slated to close at the end of March, combines Devencore’s 70 and Avison Young’s 30 real estate advisors and brokers in Montreal, resulting in a 100-person company.

Montreal “is an important market in North America. It’s a burgeoning market. It’s coming back and we believe that it’s a long-term growth strategy for us,” said Mark Fieder, principal and president of Avison Young in Canada, in an interview with RENX. “When you talk about brokerage service lines, project management and the like, I think that it vaults us into the No. 1 position” in Montreal.

Terms were not disclosed, but under the deal Devencore CEO Jean Laurin will become the president and managing director of Avison Young in Quebec.

Laurin, who joined Devencore in 1973, six months after its founding, is Devencore’s majority shareholder. Devencore also has eight minority partners.

The deal does not affect Devencore’s affiliate offices in Toronto, Vancouver, Calgary, Edmonton, Quebec City, Halifax and Victoria, which Fieder says will be able to maintain the Devencore name for less than an year.

Devencore has a large stable of clients in a number of industries, including financial institutions, video gaming companies, professional firms and international corporations with a strong Montreal presence, Laurin said.

Among its recent large transactions, Devencore acted as an advisor to National Bank on its future new head office on Saint-Jacques Street.

Fieder said “somewhat serious” discussions began with Devencore prior to the pandemic and then resumed and became serious late last fall. Devencore had been approached to sell by “all of the players in the business,” but was attracted by Avison Young, Laurin explained.

“Avison Young is a big strong player in Canada, but not a big player in Montreal and we have a strong presence in the city. By merging our operations, all of a sudden we become in the leadership position,” with an employee count that surpasses that of CBRE, Laurin said.

He also liked the facts the companies have similar cultures, are employee-owned and managed, and the involvement of Quebec’s pension fund manager, the Caisse de dépôt et placement du Québec, in Avison. The Caisse invested $250 million in Avison in 2018.

The transaction will add nine or 10 Devencore principals to Avison’s current six principals in Montreal, creating “a really strong contingent of top people in the market,” Fieder said.

The news the current leadership team is staying on has been well-received by clients, Laurin said.

“It’s good for the employees,” he added. “That’s probably the first test – how do the employees feel about something? So far the comments have been very positive.”

Laurin is no rush to retire. “On the contrary, I’m engaged to carry on for quite a few years. I love what I do. I’m also quite involved in the community and I like that, too.”

Laurin is also chairman of the board of Montreal International, the investment promotion agency for Greater Montreal.

Fieder said Laurin is “fully invested in Avison Young. He’s going to be with us for quite some time.”

The companies plan to consolidate offices later this summer in a new locale.

“Even though we’ve got new space (at 1200 McGill College Ave.), the floorplate’s just too small to accommodate everybody,” Fieder said. “The most important thing for us is to get our people together as quickly as possible.”

Laurin is bullish on Montreal’s office market prospects once vaccines have been administered to the bulk of its population.

“We’ll be turning the page on COVID. By the time we roll into June, as more people are vaccinated, I think we’re going to find the mindset is going to move to ‘I’d like to get back to the office.’ ”

While the return to offices may not occur until September, “I think that the mood will become very, very favourable,” once the focus shifts from health-based decisions to economic-based decisions, Laurin said.

“Montreal has the opportunity to really jumpstart as we move from this world of fear to a world of some excitement.”

Don Wilcox Commercial Transactions International Sep. 22 2020
D
Danny Kucharsky Business reporter
Danny is a multiple award-winning journalist based in Montreal, who has written for about 75 magazines and newspapers in Canada and the U.S. His credits include The Globe and Mail, Montreal Gazette, Maclean's, Chicago Tribune and a wide variety of business, specialized trade and medical magazines. Danny was also the Montreal correspondent for Marketing Magazine for several years.