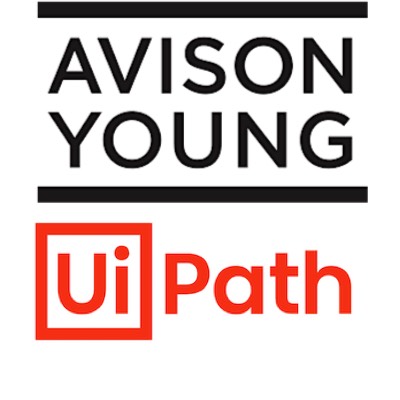 The cloud-based robotic process automation (RPA) program is programmed to follow the steps a human would employ for these tasks. Mike Hart, Avison’s chief information officer, said one example of this is something as simple as collecting interest rates from a public site on a daily basis, then incorporating that info into an Excel sheet, PowerPoint or SQL server.

UiPath’s site describes it as “a software technology that makes it easy to build, deploy and manage software robots that emulate humans actions interacting with digital systems and software.” The company also published a white paper on the platform.

“Right now the areas that are most ripe for use are finance, accounting and then our innovation research team. If you think about those three groups, that’s where there’s very repeatable tasks.”

Avison consulted its subject matter experts in each area to determine the “most mundane” tasks performed daily, weekly and monthly.

As a firm believer that “time kills all deals,” Hart has found the technology useful on the broker side, speeding up the compilation of necessary data.

The RPA collects most of the information needed to present to a broker in the span of hours instead of days. Less time spent equals more business, Hart said.

At the same time, humanity hasn’t been completely removed from the process. It is now being utilized to maintain checks and balances. That involves hours of testing to make sure all the appropriate data is being captured from the correct places.

“We certainly don’t want our clients making poor investment decisions based on how we value an asset,” Hart said.

“So, the human in the loop comes into play when the bots are collecting 95 per cent of the information, but at the end that human (is) in there verifying it and putting that final five per cent touch on it to say, ‘yes, here is truly what the value of that asset is.’ ”

For example, Hart said if the bots are collecting interest rates from a public records site and the URL changes, the RPA alerts the user. It will no longer automatically use data from the URL, pending a review by a human.

Time saved on mundane procedures means human staff have more time for more important tasks such as client-facing interactions. Hart also said the Avison Young team is constantly looking at other tasks to see if they’re compatible with the RPA process.

Hart joined Avison about 17 months ago. His main “pillar” has been a dual focus on driving down the time it takes to conduct a transaction and arming brokers with more accessible information.

“You have two options; you can either throw bodies at the problem or you can throw technology at the problem,” Hart said. “We decided to do a bit of a hybrid.”

The RPA has uses well beyond the commercial real estate sector and is broadly applied across many industries.

Hart recalled a recent UiPath conference where it was explained businesses ranging from “some of the largest financial institutions in the world” to streaming sites like Spotify and Apple Music are utilizing the tech.

The UiPath software is also already employed by other firms with which Avison Young is partnered – including the Snowflake and Alteryx platforms.

UiPath also has selected Avison Young as a real estate partner for international transactions, including in cities such as London and Toronto.

UiPath was founded in Bucharest, Romania in 2005 by CEO Daniel Dines. In 2015, it launched free courses for its UiPath Academy to teach companies about RPA.

Its site claims UiPath has taught over 35,000 certified developers.

Real estate and proptech: A year in review and a glance into the future

Crypto and real estate: What you need to know