Bluebird Self Storage is looking to fill a significant gap in the Canadian market for class-A sel... 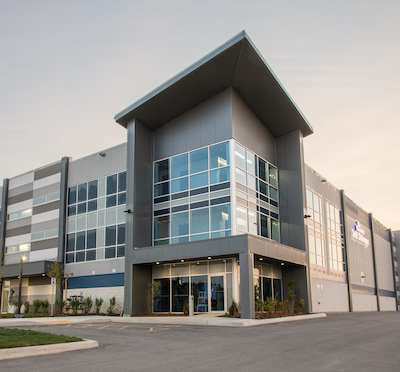 Bluebird Self Storage is looking to fill a significant gap in the Canadian market for class-A self-storage facilities, a sector it considers “a tremendous opportunity” for expansion.

“Between being underserved and our ability to bring what we feel are the nicest-looking facilities and the most modern types of management platforms to this market, we see a tremendous opportunity for growth,” said Reade DeCurtins, Bluebird’s head of global acquisitions and branding during a recent presentation for real estate journalists.

“With Bluebird, we’ve put a lot of thought and energy into a brand that’s modern and attractive to the consumer that we can build out to critical mass. We want to control the concept and the brand and take all of the lessons that we’ve learned in all of the markets that we’ve built, and bring the best of the best to one brand and grow it as best as we can.”

Bluebird is the Toronto-based subsidiary of Budget Development Partners, which has developed, operated and owned more than 80 self-storage facilities in North America since 1983, and 25 properties in Ontario over the past 15 years. Some of these have been sold, and others have been retained in various partnerships to the present day.

There are four Bluebird-branded locations open in the Greater Toronto Area at: 1230 Lakeshore Dr. and 135 Matheson Blvd. E. in Mississauga; 411 Cityview Blvd. in Woodbridge; and 19 Esandar Dr. in Toronto.

The four Bluebird-owned properties are being co-managed by Buffalo-based Life Storage, Inc., a publicly traded real estate investment trust serving more than 400,000 customers and operating more than 750 storage facilities in 28 states and Ontario.

Bluebird has 11 GTA locations at various stages of development, including a redevelopment of the former National Post office at 1450 Don Mills Rd. Life Storage has minority equity investments in three development properties in partnership with Bluebird in Toronto, Mississauga and Burlington scheduled to open within the next 24 months.

“We want to be in familiar, safe retail corridors,” said DeCurtins.

Life Storage’s involvement gives Bluebird the scalability it needs to grow. It wants to move beyond the GTA and become a national player. That strategy involves:

* acquiring existing self-storage facilities, which are then reconditioned, rebranded and integrated;

* and third-party management with other self-storage facility owners, which will allow them to have their locations rebranded and make use of Bluebird’s website and services.

Self-storage outperformed every other commercial real estate asset class during the recession in the U.S. a decade ago. This prompted Canadian A-list lenders to embrace the product type, according to Jamie Bennett, Bluebird’s managing principal and head of global development. This is leading to new opportunities for expansion in Canada.

“The competitors and the self-storage industry isn’t nearly as sophisticated as we’ve seen in the U.S.,” said Jon Dorman, Bluebird’s managing director of global development. “It’s coming along very quickly, but we feel like we’ve got some real expertise and lessons learned ourselves, and through partnering with Life Storage, to give us a competitive advantage here.”

Bluebird won’t exceed 200,000 square feet because going that large takes much longer to fill up. Bennett said the company usually looks at three years from the day a facility opens until it reaches stabilization at 85 per cent occupancy.

Bennett said average self-storage unit rents range from $18 per month in Burlington to $25 in Ajax to $50 in downtown Toronto. Rents are based on what companies pay for the real estate, what competitors within a five-kilometre radius are charging, and what people are willing to pay for their storage units.

“We’re constantly trying to price ourselves at the top of the existing market,” said Bennett. “We’re not trying to create a new market.”

The average length of stay for a Bluebird tenant is 18 months, according to Bennett.

The company anticipates 20 per cent commercial and 80 per cent residential tenants in a new facility, but that can fluctuate. The commercial tenant percentage often climbs because they generally stay longer, and sometimes add units with time.