Broccolini is teaming up with Alta Industrial to develop an additional 17.8 million square feet in the Alta Industrial Park in Coteau-du-Lac, about 60 kilometres southwest of Montreal. 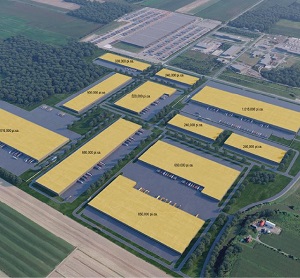 “This should be a game-changer,” said Roger Plamondon, president of real estate development and acquisitions of Montreal-based Broccolini. He said the partnership will lead to at least $500 million of new development for the Montreal area’s space-strapped industrial market.

“If you figure that every one million-square-foot building in today’s world is at least $100 million, you’re looking at anywhere from half a billion to three quarters of a billion of investments,” Plamondon said.

He would not say how much Broccolini spent to partner with Alta Industrial.

Plans to increase the Alta Industrial Park from about 20 million to 38 million square feet were stalled for several years in the courts, but received the go-ahead in 2016. Quebec’s farmers union (the Union des producteurs agricoles) opposed the rezoning of agricultural land at the site, but ultimately failed to stop the zoning change.

More than 1,400 work in the industrial park, which is managed by FedEx Supply Chain and is home to the largest Canadian Tire distribution centre in Eastern Canada as well as manufacturing and logistics companies.

“When they got rezoned from agricultural use to industrial use, we approached them,” Plamondon said about Alta. “What we believe we can bring to the party is our expertise.”

Alta Industrial president Pierre Latreille said the partnership with Broccolini, “will enable us to ramp up the development of this park very quickly.”

Located along Highway 20 and near Highways 30 and 40, along Quebec’s main economic corridor, Alta Industrial Park has a direct link with the Canadian National Railway and is less than 10 kilometres from the CSX intermodal terminal and the Port of Valleyfield.

“It’s a great location,” Plamondon said. “In an hour, you can cover pretty well the massive part of the greater Montreal area.”

While Plamondon is not closed to manufacturing facilities setting up shop at the site, he noted “in today’s world, distribution centres come first and foremost.”

He added Broccolini is “very happy” to be part of the Alta Industrial Park “because it gives us an alternative to the Cornwall market for Quebec.”

Cornwall, Ont., about 120 kilometres from Montreal and 400 kilometres from Toronto, has attracted several distribution centres including Walmart and Shoppers Drug Mart, due to factors such as cheaper rents and lower wages.

“We know the Cornwall market very well, but now we can have people stay in Quebec,” Plamondon said. “Instead of locating in Cornwall, Quebec companies now have a choice.”

The Alta Industrial Park is one of several major projects being developed by 312-employee Broccolini. These include the 58-storey Victoria sur le Parc near Victoria Square, which will become the tallest residential building in Montreal, supplanting Broccolini’s L’Avenue project, located opposite the Bell Centre.

Broccolini is also the builder, owner and landlord of the new Maison de Radio-Canada, located on the corner of René-Levesque Boulevard and Papineau Street. The construction of this new media complex is underway, and delivery is slated for 2020.