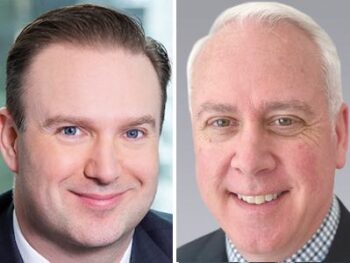 EDITOR’S NOTE: This is the second instalment of a two-part series that looks at our densifying suburban cities in Metro Vancouver and the Greater Toronto Area.

On Skyscraperpage.com the projects at 4444 Kingsway, Gatineau Place, Concord Metrotown and Two Gilmore Place all have something in common: They’re among the tallest buildings either proposed or under construction in Metro Vancouver — and they’re all in Burnaby.

New visitors arriving in Vancouver along the Trans-Canada Highway could be forgiven for mistaking the towering cluster of towers at Burnaby’s Brentwood neighbourhood for downtown Vancouver these days, save for the lack of waterfront.

Rather, these transit-oriented, high-density communities are becoming secondary or decentralized downtowns which create significant orbits of commerce, residential density, services, transit and culture in Vancouver, Toronto and – to a lesser extent – Montreal.

This type of urban planning is only going to intensify, spurred by new post-pandemic realities, technology, rising land values and a general shortage of space. This is a recipe for development success, but there are also pitfalls to watch out for.

In the GTA, there has been a dramatic increase in high-density development and “placemaking” in North York, especially along the Sheppard subway line.

Mississauga City Centre is another example. Oxford Properties Group has proposed a 52-hectare development as a multi-phase city centre plan over the coming decades that could see 18 million square feet of new condos, offices, retail and green spaces. This could eventually accommodate 35,000 residents in 37 towers.

Similar plans are underway in downtown Markham, which is currently served only by a rapid bus line.

Other ambitious densification is also taking place in Scarborough, Vaughan and other key centres in the GTA.

In Vancouver, we’ve seen dramatic changes taking place in town centres erupting in and around SkyTrain and Canada Line stations.

This is most apparent in post-suburban communities like Surrey City Centre and Brentwood, in Burnaby, which will soon be home to B.C.’s tallest residential tower at Gilmore Place.

The tower, currently under construction at the Gilmore SkyTrain Station, will be the tallest in the province at 64 stories, climbing higher than 700 feet. That will surpass the Shangri-La residential and hotel tower in Downtown Vancouver, which has long been the tallest building in the region and province.

This is all part of a theme of decentralized density bringing new people, businesses and infrastructure to Brentwood and its fellow Burnaby town centre to the South, Metrotown (which has been headed down this path for decades).

Within the next 10 years, Surrey is expected to become B.C.’s largest city, surpassing Vancouver. There, back-of-the-napkin calculations show nearly two dozen bold tower projects and ambitious rezoning schemes emerging in and around Surrey City Centre, attracting top developers to get in on the action.

Port Moody, in the Metro Vancouver context, still feels and functions as somewhat of a small town hamlet. But, bold plans are now being considered to develop more than a dozen towers up to 36 stories in and around the Evergreen Line SkyTrain station, which opened in 2016.

It’s expected that Canada will welcome 1.2 million new immigrants by 2025 and we know most of them will settle in the greater regions of Vancouver, Toronto and Montreal.

Moreover, the pandemic has accelerated a lifestyle shift with remote working tools and abilities going into hyperdrive, shifting where and how we choose to live.

But we must be careful of some of the pitfalls associated with these changes in our communities.

First, sensible cascading development is essential. In neighbourhoods that have historically accommodated single-family homes, living next door all of a sudden to a 50-storey tower could be an unpleasant transformation.

Second, as people and populations move to various parts of our metro areas, it’s important key services such as transit, healthcare, groceries, schools, green spaces and child care follow as quickly as possible — or even preempt this shift.

It’s up to city planners, municipal governments, developers and neighbours to plan development sufficiently strategically and thoughtfully to prevent or reduce animosity that could and does arrive with a “we-were-here-first” mentality when it comes to access to school and other important elements of life.

Municipalities have to be cognizant to design and permit these high-density town centres thoughtfully, with all of the necessary ingredients for a high quality of life for all residents beyond just the roads and pipes beneath them.

Our buildings are getting bigger and bolder, and the same can be said for our big city suburbs. It’s important to prepare for the social, cultural and economic changes this phenomenon will bring to our communities.