Calgary has experienced an explosion of interest in the purpose-built rental market with 100 buil... 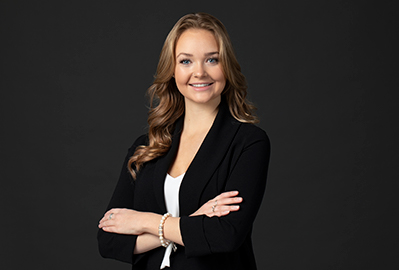 Calgary has experienced an explosion of interest in the purpose-built rental market with 100 buildings launched over the last five years. Those buildings comprise 12,814 units across seven sub-markets, including Airdrie and Cochrane just outside the urban area.

The boom has raised concerns about potential overbuilding and whether Calgary can absorb all that new product.

Another 13 of the projects are actively leasing.

“The vacancy for all projects is higher at 8.2 per cent, compared to the stabilized 4.1 per cent. This is due to the new products that have launched during the last couple of quarters.

“During the second quarter of the year (2021), nine new products were launched adding 1,241 new units to the market. These new projects have an average vacancy of 30 per cent, which is bringing up that average from the 4.1 to the 8.2 per cent.”

Almost 100 more developments on the way

Brown said 96 other projects have been approved by the City of Calgary, with 37 currently under construction. Of these, 20 are expected to hit the market over the next couple of years.

Those 96 projects total an additional 21,977 units to the city’s purpose-built rental market. Of those under construction, an additional 7,576 units will be added to the market.

“With the way Calgary is pacing and where COVID’s at, it’s very difficult to get a sense of how real some of the things that we’re seeing are,” said Alkarim Devani, co-founder of Calgary’s RNDSQR.

“So, it’s really hard to put a finger on the pulse, to understand whether or not this trend of rental will be more consistent and if homeownership continues to get delayed and we see people more interested in rental housing.

“If you were to ask our company, we do think that’s something we’ll see into the future. I think there’s less of a priority on our target audience in terms of ownership. So I’m quite confident that we will see absorption.

Can Calgary absorb the new apartments?

“Can Calgary absorb this? I think, yeah, it definitely has potential to absorb all those units. Looking at the Dominion example, we opened June 1. I think we’re just over 100 leases written at over $3 a foot with no incentives. That’s well beyond the pro forma targets we set back in 2019,” said Bucci.

“I think there’s plenty of good examples in the Calgary market of how you can be successful in rental. Going forward, though, I’m a little bit nervous about how some of these projects are going to compete.”

He said potential renters will have plenty of options, including other housing segments and markets.

“These people that are coming from Toronto, Vancouver and Montreal have an expectation of what rental living should be and some of the stuff that’s coming to market I’m nervous it’s a little bit generic, box of air in the sky.

“I think they will lease up, probably by using some inducements. But, I think they’re really going to bleed out on the absorption, turnover and vacancy statistics.”

Brown said another key for developers is having an element in their buildings that differentiates them from competitors. For example, Park Central has a rooftop pool – the only building in Calgary with this particular amenity.

“So having one or two key differences between your building and the other buildings will make or break the success of the lease up,” she said.

According to Zonda Urban, demand for downtown apartments is currently driving the market, with vacancy decreasing to almost half of what it was in Q2 2021. Young professionals and students are making up this demand as they move back into the inner submarkets in anticipation of the re-opening of the city post-pandemic.

One of the City of Calgary’s initiatives is a financial incentive program for developers to convert empty downtown office space into residential use. So far, the city has received 13 applications for a total of about 600,000 square feet.

“It’s quite clear that more housing in our downtown core proper is a positive thing,” Devani said. “I think our core was built with a very different central business district mindset based around oil and gas.

“I think if we can bring housing into our core and start to think about how people use those spaces, and the city is willing to make investments into those spaces to draw more people to spend time there, that’s a really positive thing.”

Avenue Living doubles portfolio in 18 months, tops $3B in AUM

Mario Toneguzzi Residential Market Trends Calgary Oct. 26 2021
M
Mario Toneguzzi Business reporter
Mario Toneguzzi, based in Calgary has 37 years of experience as a daily newspaper writer, columnist and editor. He worked for 35 years at the Calgary Herald covering sports, crime, politics, health, city and breaking news, and business. For 12 years as a business writer, his main beats were commercial and residential real estate, retail, small business and general economic news. He nows works on his own as a freelance writer and consultant in communications and media relations/training.