Calgary’s industrial real estate sector is on a 19-year growth spurt which has seen it almost dou... 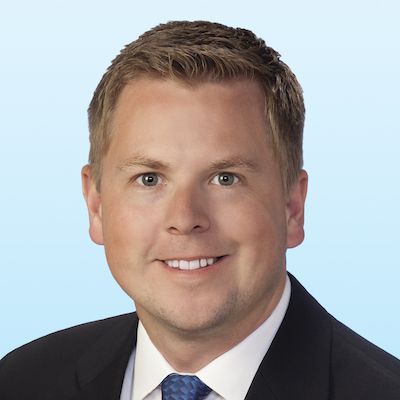 Calgary’s industrial real estate sector is on a 19-year growth spurt which has seen it almost double in size – adding almost 70 million square feet despite major ups and downs in the regional economy.

Data presented at the recent Calgary Real Estate Forum by Colliers International indicates that since 2000 the city and region have seen 1,185 new industrial buildings constructed, with 68.8 million square feet of space and 5,000 acres of land absorbed.

The Calgary region industrial real estate market has been buoyed in recent years by the expansion of both its rail intermodal capacity and air freight capacity. It has also benefited from road infrastructure upgrades to support its status as a major inland port.

“Over the past 20 years, the Calgary industrial real estate market has never had any contraction in market size – meaning we’ve always been growing in occupied space – which is pretty impressive given the ups and downs the Calgary market has gone through,” said Paul Marsden, executive vice-president, partner, industrial sales and leasing with Colliers in Calgary.

Here are some of the interesting statistics presented by the Colliers research team at the Calgary forum:

* The highest absorption was just over seven million square feet in 2006; and

* 12 million consumers in Western Canada are available within a one-day drive of Calgary.

“The desire for industrial real estate 10, 12 years ago, we were a distant third from office and retail which was kind of the fun and hot place to be in as far as real estate,” said Phil Brown, vice-president, acquisitions and leasing, industrial, for Hopewell Development, during an industrial panel discussion at the forum.

“Now, (industrial) is the hot commodity. Industrial and multifamily are the top two.

“Comfort in the market is this: it looks like a roller- coaster if you look at the vacancy, but we’ve never been over seven per cent. . . . So, very healthy as far as the market goes.

“If you look at North America-wide, seven per cent is like the average in the U.S. right now. The reason for that is we can turn the taps on and off quite quickly compared to downtown (office) and multifamily.

“So, you know our development timelines are with permitting, probably 15 to 24 months at a maximum whereas you’re three to five to six years on downtown office, for example.”

William Secnik, senior vice-president of investments at Fiera Real Estate, said the attraction of the Calgary region industrial real estate market is the newness of the product.

“With the amount of new inventory in terms of the class-A type of product, it certainly from a national perspective stands out and absolutely a market that has been pretty steady Eddie,” said Secnik.

“We’ve been active in buying in Alberta for many years and have done quite a few recent deals. . . . We’re certainly keen on continuing our growth in this market.”

He said Calgary is well-positioned to continue to attract industrial real estate users.

Jeff Hyde, senior vice-president of development, Prairies, at QuadReal Property Group, said areas outside of Calgary such as Balzac in Rocky View County have attracted much growth over recent years.

Tenants focused on their bottom lines are taking advantage of significantly lower taxes and “a pretty favourable approval process that allows projects to get to market relatively quickly.”

“The other thing too that we’re experiencing is the quality of the land is such that it’s a little less costly to service, which goes toward the ultimate cost of creating the product,” said Hyde.

For many industrial tenants, the availability of a deep labour pool is also important in driving real estate decisions, added Hyde.

“That bodes well for the city on a medium- to a long-term basis,” he said.

According to Statistics Canada data cited in the Colliers report, the Calgary metropolitan area saw population growth of 29 per cent between 2007 and 2017.

That combined with an elevated employment rate of about seven per cent speaks to an availability of labour in the market.

Reg Johnston, owner of RJ T&L Consulting Ltd., said in the past, the main reason companies did not go to Calgary was, “I can’t find the talent I need.”

Marsden said much of the demand for the Calgary market is coming from Vancouver these days. Users there are unable to find the real estate they require as the West Coast city has a vacancy rate of 1.4 per cent – just 2.9 million square feet of vacant space.

“When you look at our 10-year average annual absorption of three million square feet, we’re punching well above our weight class in terms of our market size,” said Marsden.

“To put it in perspective, you look at Toronto who is absorbing 6.6 million feet on an annual basis over the last 10 years. Their market size is five times the size of Calgary.”