Canadian hotel transactions dipped by more than half to $1.5 billion during 2018, but are expecte... 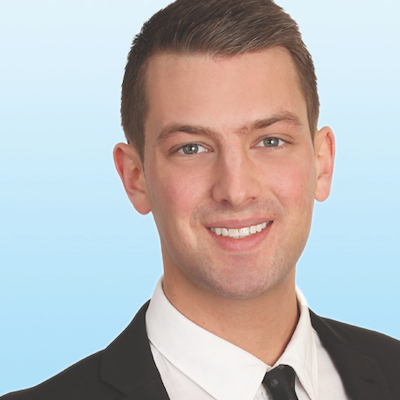 Canadian hotel transactions dipped by more than half to $1.5 billion during 2018, but are expected to stabilize or even rise in 2019. Despite a decline from several very active recent years, a new report from Colliers International indicates activity remains healthy in both primary and secondary markets.

“We’ve been in the current market cycle for eight years, with $17.3 billion transacting during this time,” said Fraser Macdonald, a senior analyst with Colliers International, which just released its 2019 Canadian Hotel Investment Report.

The cycle led to a spike of $3.5 billion in activity during 2017, which was topped by the $1.1-billion sale of a British Columbia Investment Management Corporation/SilverBirch Hotels & Resorts portfolio to Hong Kong-based Leadon Investment.

“This one cycle totals over 80 per cent of the aggregate transaction volume recorded over the preceding quarter-century,” said Macdonald. “That’s just impressive.”

Investors are showing increased interest in smaller markets such as Kitchener-Waterloo, Quebec City, Windsor, Sudbury and Kelowna, which are providing superior returns compared to the traditionally strong markets in Vancouver and Toronto.

“When it comes to geographic focus, buyers will continue to seek investment opportunities in major urban markets,” Macdonald told RENX. “The lack of product available for sale and the pursuit of stronger yields is driving investors to consider secondary and tertiary locations across the country.”

The five biggest hotel deals of 2018 were:

* Sunray Group’s acquisition of the 366-room Delta Toronto East from KPMG for $60 million;

Limited service hotels accounted for 70 per cent of the deals in 2018, which Macdonald said was “a reflection of the type and location of product that came to market.”

Combined with more transactions in smaller markets, this helped account for the average deal size dropping to $11.4 million from $21.7 million the previous year. Sixty per cent of transactions were for less than $10 million.

Sixty-four per cent of national transaction volume took place east of Manitoba, with Ontario being the most active with 42 deals valued at $612 million. Quebec sales tripled to $303 million year-over-year, boosted by the sales of Le Centre Sheraton Hotel Montreal and Montreal Marriott Chateau Champlain.

Western Canada experienced a 30 per cent increase in the number of deals from 2017. However, uncertainty in energy markets and limited available product continue to impact transaction volume.

Macdonald expects 2019 to bring “an up-tick in large single-asset and portfolio deals over last year. The market for 100- to 200-room hotels across the country should remain the most significant component of the market.”

Private investors represented more than 90 per cent of the sales volume total. Hotel investment companies and real estate companies were the largest buyers of national portfolios.

“We expect private capital groups — including private investors, hotel investment companies and real estate companies — will account for the lion’s share of activity in 2019, with public and institutional groups active on a few larger acquisitions during the year,” said Macdonald.

While foreign investment drove transaction activity to a record high of $4.1 billion in 2016, Chinese capital restrictions are now in effect and there seems to be limited American interest, so Canadian investors are now playing a much bigger role and are expected to be the most acquisitive in 2019.

“Over the long term, domestic investors have historically represented 90 per cent-plus of transaction volume,” said Macdonald. “There were a few elevated years of foreign acquisitions in the current cycle, and that was a function of the large deals that were brought to market.

“We expect the muted levels of cross-border purchases in 2019, but again it’s a function of what larger deals and portfolios are offered.”

While national supply growth has averaged about one per cent annually for the past decade, new supply is expected to rise by 2.7 per cent this year, according to the report. That would be a 10-year high.

Macdonald said some of the highest profile hotels that recently opened or are expected to open in 2019 are: the 130-room Ace Hotel in Toronto; the 262-room The Sutton Place Hotel Halifax; the 390-room Residence Inn Calgary Downtown; and the 362-room JW Marriott Edmonton ICE District.

“Canadian lodging supply growth has historically been quite moderate,” said Macdonald. “The more robust pipeline for 2019 is being driven by attractive supply-and-demand dynamics and a lack of existing properties available for sale in most major markets.

“We’ve also seen a trend of older properties coming out of inventory for conversion to alternate-use, which is supportive of new hotel development.”

“Despite some softness in certain markets, Canada has seen several consecutive years of strong operating performance growth with tailwinds from a generally strong economic backdrop and elevated inbound tourism with the support of the low Canadian dollar,” said Macdonald.