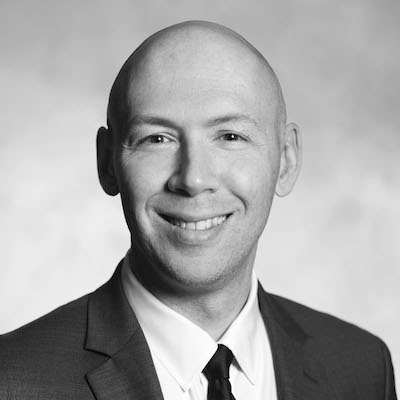 Major Canadian cities saw office vacancies either rise or hold steady from Q1 to Q2 in 2021, except Montreal where the vacancy rate dropped 10 basis points.

That’s one of the findings from Cushman & Wakefield’s national Q2 office analysis, which showed the overall Canadian vacancy rate rose by 40 basis points from the first quarter to 13.9 per cent. It was 9.8 per cent a year earlier.

“There was some hope that this would be the quarter when everything turned around and things returned to normal, but we’re not quite there yet,” Cushman & Wakefield head of Canada research Adam Jacobs told RENX. “The vacancy rates we’re seeing now are high, but they’re not unprecedented. We’ve been on such a crazy bull run that people forget where we were beforehand.”

Downtown vacancies were higher than in the suburbs in Calgary and Vancouver.

Many Canadian cities experienced record high absorption and record low vacancies in the office sector from 2016 to 2019. Vacancy rates in Toronto, Montreal and Vancouver were lower than any major American city and, despite the increases sparked by the pandemic, those cities are still outperforming other large urban centres.

Vancouver, at 7.9 per cent, was the only city with a vacancy rate in single digits during the second quarter. Moncton was the next lowest at 10.5 per cent, while Ottawa was at 10.6 per cent, Toronto was at 11.4 per cent and Montreal 12.7 per cent.

With rising vacancy rates came overall negative absorption of 3.69 million square feet, as demand within the majority of central business districts continued to soften during the quarter. Calgary and Toronto accounted for almost two-thirds of that total.

“Absorption is still negative, but we’re way better than we were six to nine months ago,” said Jacobs.

Although overall sublet vacancies rose to just shy of 15.6 million square feet in Q2, it was a minimal increase of just one per cent. This is a substantial improvement from Q1 when the amount of space available for sublet grew by 15 per cent from the end of 2020.

Jacobs believes the peak subletting period has passed, as he’s not seeing significantly more sublet space coming onto the market.

Jacobs, who last week returned to his downtown Toronto office for the first time since pandemic restrictions began more than a year ago, said there was an avalanche of sublets in Toronto but they weren’t as much of an issue in Montreal and Vancouver.

Some companies that have tried to sublet space have given up and reoccupied it when they couldn’t find tenants, which has reduced the amount of available sublet space.

“It’s a staring contest,” said Jacobs. “Everyone wants to sublet to everybody else, but nobody is taking the space and we’re starting to see some people just pull the space off the market or it eventually just expires.

“It’s still a pretty significant factor. Subletting might have been 20 per cent of the space on the market normally, and now in Toronto it’s probably half the space in the market, which is pretty unusual.”

After holding steady through most of 2020, the national average asking rent declined slightly to $19.70 per square foot in the second quarter.

“Asking rents are holding shockingly steady,” said Jacobs. “I think that’s a testament to who the landlords are. The landlords are big pension funds that have long-term horizons. They’re pretty smart about the office market and aren’t willing to lock into lower rents for five- or seven-year terms.”

Jacobs said there has been a huge drop in asking rents south of the border, where many office building owners are panicking due to rising vacancies.

“There are a lot of institutional investors (in Canada) and they have a different attitude than some landlords in the U.S., where families own a couple of buildings and if there isn’t cash flow they’re freaking out and doing everything they can to get tenants.”

Jacobs expects asking rents to stay relatively flat in the near term. There’s little pressure for them to increase and they haven’t dropped much despite the negative market conditions caused by the pandemic.

While new office supply arrivals were muted in Q2 at approximately 372,000 square feet, momentum is expected to pick up in the second half of 2021 as a handful of larger projects are set to be delivered in Vancouver and Toronto.

Toronto has approximately eight million square feet of office space under construction, almost all of it downtown. Most of Vancouver’s construction is also downtown-focused.

No new office supply has been added this year in Ottawa, Fredericton, Saint John, Moncton or St. John’s, according to Cushman & Wakefield, and none was added in Q2 in Edmonton, Calgary, Kitchener, Waterloo or Montreal.

Some major buildings under construction still have a lot of space that hasn’t been pre-leased, especially in cities other than Toronto. That will impact vacancy rates when they come online, if those circumstances don’t change.

“There’s a lot of supply so you can be choosy if you want to,” said Jacobs.

“Landlords are being pretty sticky with rents and aren’t offering bargain-basement deals for brand new shiny buildings downtown. So it’s a little bit challenging to lease some of those.”

Kerry Gold Commercial Market Trends National Jul. 7 2021
Steve McLean Business reporter
Steve is a veteran writer, reporter, editor and communications specialist whose work has appeared in a wide variety of print and online outlets. He’s the author of the book Hot Canadian Bands and has taught reporting to college students. He is based in Toronto.