Toronto, Vancouver and Montreal will lead North American cities in average industrial rent growth during the next two years, according to a forecast from Cushman & Wakefield. 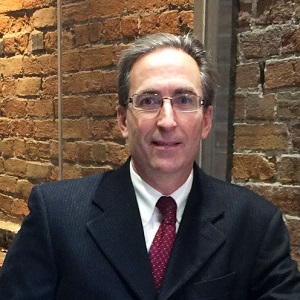 The recently released North American Industrial Forecast Report 2018-2019 indicates momentum picked up in the industrial real estate market in both Canada and the U.S. in 2017 and strong fundamentals bode well for that continuing through the next two years.

“I really think that industrial is now the darling of the real estate industry, particularly since the oil price decline,” said Stuart Barron, Cushman & Wakefield’s national research director for Canadian markets, who contributed to the report.

“If you were going to put your money in Canada and place it in an asset class, there’s no question that seven out of 10 people right now would probably look toward industrial as being a great option.”

In major Canadian cities, the forecast predicts constraints on the supply side and continued strength in demand will create rental growth of 9.4 per cent in Toronto, 8.5 per cent in Vancouver and 5.7 per cent in Montreal.

“Toronto needs to see some lift in order to make sense for new development activity, particularly for smaller box industrial users,” said Barron. “It’s more expensive to put up that kind of product.

“At $5.75 per square foot, it didn’t make any sense. But as rental rates are moving above that $6.25 to $6.75 and low $7 range, you’re starting to see enough ballast in order to justify a little bit of increased momentum from a development perspective,” said Barron. (For further insight, see Toronto industrial rents ‘finally’ starting to rise.)

Calgary, which has seen its share of struggles since the oil price collapse but is emerging as a regional distribution and logistics hub, placed 11th on the continent with forecast rent growth of three per cent. Ottawa was three spots behind, in 14th at 2.7 per cent.

Vancouver, Toronto, Montreal and Calgary will be among the tightest markets in North America by 2019. Vancouver and Toronto are both expected to have vacancy rates of 2.1 per cent (only Los Angeles, San Francisco and Oakland are forecast to be lower), while Montreal is slotted in 11th at 4.8 per cent and Calgary is 20th at 5.8 per cent.

Cushman & Wakefield anticipates the North American industrial market will post 655 million square feet of net absorption between the end of this year and 2019, which would place it second from the 2014 to 2016 period when 833 square million feet were absorbed. Demand is expected to be strongest in markets close to ports, inland distribution hubs and major population centres.

Barron attributes much of this growth to two major factors: the rise in e-commerce and the economic impact of historically low interest rates.

E-commerce distribution space demand has grown from less than five per cent of North American leasing in 2013 to about 20 per cent today. Online retail sales are growing almost four times faster than overall retail sales, demonstrating the potential for further growth and disruption.

The size of new industrial buildings is increasing, and clear heights have risen to 36 or 40 feet in many facilities. Cross-dock access and larger parking lots for trailers are becoming more important, and some companies are taking advantage of robotics to help reduce shipping times.

More traditional manufacturing is helping drive growth in Montreal, which has a tradition of supporting such activities and a competitive cost advantage from Quebec’s cheaper hydro rates.

“Historically, Vancouver has always been an acquisition-related market because of rising land values and construction costs and the scarcity of land, but the gauntlet has now been passed to other markets in Canada, particularly Toronto, where there wasn’t such a hot element of demand in the past,” said Barron. “But there certainly is now.”

Growth is expected to continue even if small interest rate increases, which began in 2017, continue.

“I would argue that you need rising interest rates in order to slow the acquisition fever that has engulfed the Canadian marketplace,” said Barron. “If you look at Toronto and Vancouver, the availability rate for for-sale product is probably less than 0.5 per cent. It’s ferociously tight. No one can get product.”

The industrial market is so hot that more than 50 per cent of large new developments have moved forward on a speculative basis without pre-construction leasing commitments. That number is closer to 75 per cent in the Greater Toronto Area, according to Barron.

“It makes a lot of sense to build it and, yes, they will come,” he said.