If you are looking to lease, or purchase, industrial space in Canada largest market, a panel of experts at the recent Toronto Real Estate Forum had some advice: expect rents to continue to rise, and expect any purchase to be competitive. 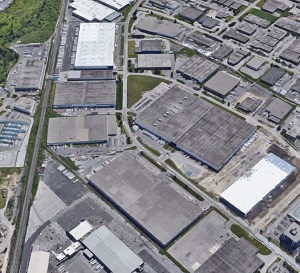 “We’ve been expecting and waiting for rent growth for years, especially in the GTA, and we are finally starting to see it,” said Simon Holmes, senior vice president, investments, of Bentall Kennedy (Canada) LP.

With little new inventory coming onto market in the GTA – which several of the panellists attributed to high land costs, soaring development charges and marginal returns in recent years – there was no dissension on that point.

But there were examples of how the industrial property owners and managers are beginning to reap the benefits — and a note of hope if this continues.

“We very quickly were able to start leasing space in the mid $6s,” he said. “So I think it’s a function of — everyone has access to the same data — there’s no space, particularly in the small- and mid-bay end of the marketplace.

“There’s no new construction either, because the economics just don’t make sense.”

Investors holding this type of property in the GTA are seeing greater returns when leases come up for renewal.

“We are starting for the first time in years to see real pressure on rents, real stickiness in buildings,” Perez said, “tenants who are not going to move for 25 or 50 cents a foot. But, 50 cents a foot on an underlying $5 rent or $5.50, is not insignificant.”

“It’s small bay product, and something we’d like to have more of.”

The case for not building in GTA

The increases come amid a tightening industrial market which won’t change anytime soon. Blackwood Partners managing partner John Hayes laid out the case for not building in Toronto right now, despite vacancy rates below three per cent and class A industrial rents inching up to $7 per square foot.

“If you use up your land, the replacement cost of that land is well over $1 million an acre,” he said. “Toronto, it’s inexplicable really that the biggest market in Canada, the most liquid market in Canada, has pretty much the highest input cost and the lowest relative rent.”

So, few builders will put shovels into the ground without a committed tenant and a favourable lease.

He said merchant developers can continue to build and try to “bend out” a yield of just over four per cent, but that’s not practical for companies such as his.

He also called transactions such as the Canttera warehouse sale to Concert Properties earlier this year (a 900,000 square foot property for $158 million, at a yield of 3.96 per cent according to Altus) “not something we’ll see repeated many times over”.

“If you are a long-term holder, and want to hold inventory, do you really want to ramp up too much in the Toronto area with that kind of return?” Hayes asked. “It’s questionable.”

Charlie Deeks, vice president, investments, of Pure Industrial Real Estate Trust (PIRET) said the number of calls he receives from companies wanting to buy small to medium-sized product is “staggering”. But, in most cases, it is not for sale.

PIRET does have one major project on the go in Toronto, at a Scarborough site where it purchased an existing 150,000 square foot facility on a 15-acre parcel of land. That will be replaced with a state-of-the-art, 300,000 square foot building.

“We are really looking forward to manufacturing our own real estate and that’s going to be our theme next year,” Deeks said.

GWL’s Way said with the market tipping in favour of owners and property managers, GWL has just one regret in Toronto. And, it is a hopeful sign for those who’d like to see more space become available.

“What we don’t have in Toronto right now is any land,” Way said, noting the company has about 10 million square feet in its existing GTA portfolio. “The portfolio is extremely well leased. All the dynamics that we’ve been talking about have enabled us to upgrade our cash flow.

“Where we’ve had some weak tenants we’ve been able to replace them with strong tenants, but we don’t have land right now and I think that’s a place right now we need to pay some attention to despite the cost of land.

“It’s hard for me to see how rents aren’t going to move forward.”

Which could finally be the tipping point to push forward more construction.