Carla Guerrera founded her Vancouver-based firm Purpose Driven Development in 2016 so she could d... 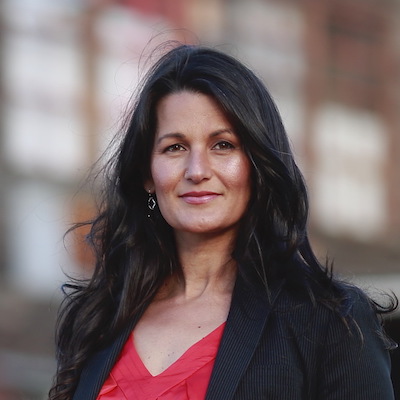 Carla Guerrera founded her Vancouver-based firm Purpose Driven Development in 2016 so she could do developments differently.

“I knew there was a way that was more creative, more collaborative and that really created more benefits for everyone, rather than just being bottom-line focused,” says Guerrera.

A woman leading a development company in Canada is rare and using a triple-bottom-line lens to create social benefits and sustainability as well as profitability also sets Purpose Driven apart.

The firm has several projects on the go including one for the District of Mission aimed at bringing the municipality and 89 landowners together to unlock waterfront development along the Fraser River.

Purpose Driven is also working with the Songhees Nation on Vancouver Island to create 200 units of mixed-income housing and 20,000 square feet of commercial space, a cultural centre and a daycare, says Guerrera.

And at the corner of 13th Street and Cambie in Vancouver, Purpose Driven is partnering with the Soroptimist International of Vancouver on an apartment redevelopment aimed at providing affordable housing for women.

The Soroptimist Apartments, now a two-storey building with 21 units, will be transformed into a 135-unit 13-storey building to house senior women, women in the workforce and women-led families which could not otherwise afford housing in the Vancouver core.

The building will include amenities such as a living room-style lobby, a rooftop terrace that can be used for events and social functions, a small co-working office space, and a yoga studio and meditation space.

Guerrera has assembled a women-led team of professionals to create the building, a first in Western Canada. She says the architect, landscape architect, geo technical, structural and civil engineers will all be women.

“We’re using this gender-based lens to showcase the leadership of women, but also to deliver housing for women,” says Guerrera.

That female representation meshes with the aims of the Soroptimist charity, whose mandate is to improve the lives of women and girls. The Vancouver club saw a need for housing for women who are disproportionately represented in lower-paying jobs and suffer from the gender wage gap.

“When we decided to redevelop 546 West 13th, it was important that we worked with a developer who understood the needs of women and what we are looking to achieve with this project,” says Carla Busnardo of the Soroptimist club.

She said the idea came up during a brainstorming session which resulted in the project’s catch phrase: “housing for women by women.”

The redevelopment is at the open-house stage and is set for a public hearing in May. When it gets to construction, Busnardo says the club would like to see women in trades training programs get an opportunity to work on the project.

Guerrera says the development industry needs more female leaders from both a gender equity perspective and from a business perspective.

“A study by Peterson Institute for International Economics that looked at 22,000 companies globally found that when women are represented at the corporate leadership level (in) companies there was a 15 per cent increase in profitability over companies where women were not represented or underrepresented,” says Guerrera.

“There’s no reason to believe the real estate and development industry would be any different.”

And so, as International Women’s Day recognizes the strides women are making in commercial real estate and other business sectors, Guerrera says developers should set goals to include more women on boards and around the executive table. And all-male panels speaking at conventions, with mostly male attendees, shouldn’t be the industry norm.

There also needs to be a priority on work-life flexibility so women don’t feel negative consequences from taking time away to have families, she says.

Guerrera’s professional background started in urban planning. The Belleville, Ont., native took her masters in urban planning at Queen’s University after a stint at law school and time living in France and Italy.

She worked for the federal government and also for Waterfront Toronto, where she was lead on the West Don Lands development, an 80-acre former brownfield site being transformed into a mixed-use community.

Her work on that project, and Purpose Driven’s work on the Mission waterfront, are factors in her recent appointment as the only international board member on the Thames Estuary Growth Board in the U.K., which is undertaking a massive redevelopment of lands along the river.

In 2010, Guerrera moved to Vancouver and worked for a number of developers.

“When you focus on the community benefits, on what the community wants and really bring environmental benefits . . . projects get approved faster, they get buy-in faster from the municipality. They often get delivered much more easily on time and on budget without unnecessary delays,” says Guerrera.

The Soroptimist Apartments project is an example of that buy-in. Guerrera says the City of Vancouver has expedited approvals.

“The city is moving this process forward faster than we can keep up. They’ve been a real collaborator.”

Amela Brudar, the principal of GBL Architects which is working on the West 13th building, has high praise for Guerrera’s collaborative style.

“Working with Carla and the team at Purpose Driven has been a very empowering experience. Not only are we collaborating on a precedent-setting, all-woman team delivering an important project, but Carla’s leadership and management of the project is strong, inspiring and unique.

“She is setting the bar for a future of women-led projects in an industry where female leads are greatly underrepresented and needed,” says Brudnar.

Steve McLean Commercial Executives National Jan. 5 2021
K
Kathy Kerr Business reporter
Kathy Kerr is an Alberta journalist with four decades of experience as a writer and editor. She covered general news and provincial politics as a reporter for the Calgary Herald in the 1980s and worked at the Edmonton Journal from the 1990s to 2016 in several editor roles, including business editor, city editor, features editor, editorial page editor and finally deputy editor of the Postmedia Edmonton newsroom. Kathy is now a freelance writer and commentator.