Needs-based retailers continue to weather the pandemic well, and so do needs-based real estate in... 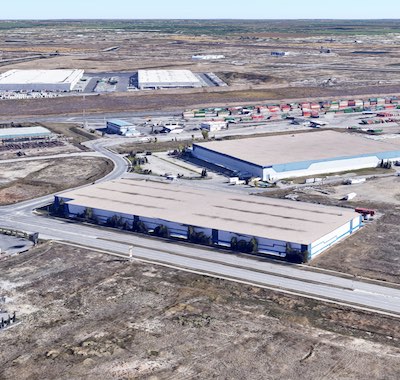 Needs-based retailers continue to weather the pandemic well, and so do needs-based real estate investment trusts such as CT REIT. With Canadian Tire as its main tenant, CT REIT’s management is sufficiently confident that they’ve moved the trust back into acquisition mode.

During its Q3 2020 financial call with analysts this week, CEO Ken Silver, CFO Lesley Gibson and COO Kevin Salsberg discussed the trust’s ongoing expansion plans, its acquisition of four retail properties, and the vend-in of a fifth — the latter an existing Canadian Tire store and gas bar in Napanee, Ont.

“In Q3, our focus has once again returned to building for the future while managing the pandemic-related issues in the present,” Silver said.

The acquisitions included three Canadian Tire stores in Drayton Valley and Leduc, Alta., and St. Jean-sur-Richilieu, Que., which were acquired from Choice Properties REIT for $64 million.

“The deal was sourced off-market, based on existing relationships we had with the owner,” Salsberg said of the Canadian Tire store acquisitions. “We had been in discussions with them for some time pre-pandemic working toward a potential deal.”

In total, CT REIT is investing $77.2 million in the transactions and will finance them via cash-on-hand and its existing credit lines. Silver and Salsberg said pricing for the acquisitions was largely in line with pre-pandemic expectations.

They comprise a total of 311,000 square feet of gross leasable area, with the largest assets being Leduc and Richilieu which are both over 100,000 square feet.

The weighted average cap rate for the acquisitions is 6.58 per cent and the average lease has about five years remaining until renewal.

As the pandemic continues to hit many retail sectors hard, both Silver and Salsberg said CT REIT is looking to expand its portfolio. However, while they didn’t rule out considering more multi-tenant assets, the focus remains on its traditional strength.

“When the market is disrupted as we’ve seen, it can create interesting opportunities. In terms of the strategy we are pursuing, we are going to continue on the path we’re on which is primarily focusing on net-lease assets,” Salsberg said.

If other attractive assets do become available, “those would certainly be things we’d be looking at, but I don’t think you’ll see we’ll be diving into significant acquisitions in the multi-tenant space.”

Salsberg did, however, hint that more acquisitions are pending.

“The pipeline is at this point, I would say, still opportunistic,” he added. “We are not seeing a lot of stuff being marketed, but we continue to have a lot of dialogue. I think there is a lot of stuff you can buy off-market right now, so stay tuned.”

The REIT is also continuing its development activity, with 15 projects “at various stages of development” according to Salsberg.

In total, they represented $170 million in investments, with $70.5 million spent so far, and an additional $48 million committed during the next 2 months.

The projects will add 785,000 square feet of GLA to the portfolio, and are 94 per cent pre-leased.

While overall occupancy remained at 98.8 per cent on a year-over-year basis, CT did lose a significant tenant at its former warehouse at 11 Dufferin St., in Calgary.

A film production firm had taken about half the GLA on a short-term lease, intending to turn it into a longer occupancy, but when the pandemic hit, the building was no longer feasible.

“Basically when COVID hit and they couldn’t get their actors up from L.A. or wherever they were coming from (due to travel restrictions), they decided to give up the space,” Salsberg explained. “It’s a pretty adaptable 100,000-square-foot space. We’re showing it to tenants.”

He said the hope is to have it leased to a new tenant within six to 12 months.

NOI rose slightly from $93.9 million a year ago to $915.1 million, which Gibson said was mainly due to development completions and acquisitions. Same-store NOI declined by just under one per cent.

Like many other REIT’s, CT REIT has been impacted by declines in its asset fair value. The trust recorded a $4.3-million decline in Q3, bringing the year-to-date write down in value to $33.4 million, mainly attributed to the COVID-19 pandemic.