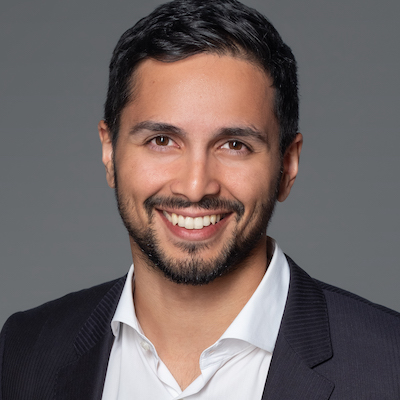 “The genesis of it was from a harmless enough idea. Being developers, we can’t help but compare the return on our own projects to what our RESPs, our TFSAs are getting at the bank or in a mutual fund of some sort,” said Ravi Mann, president of the REIT, in an interview with RENX.

“The question (that) came to us is, ‘How could we find a way to invest our own registered funds into our own projects and therefore have a registered fund investment to generate a similar return to what our cash investments are generating?’

“We weren’t trying to reinvent the wheel here. We assumed that a real estate investment trust, specifically designed for exclusively land development, had already existed.”

Mann said a long time was spent trying to find a template the company could use or replicate in some form, but they struggled to find one.

The goal is to offer an open-ended vehicle which offers investors “unfettered access to our entire portfolio,” Mann added. “That was the original genesis of the idea.”

Among the factors they considered was the minimum investment threshold. They’ve decided to make it as accessible to as many potential investors as possible.

“It occurred to us that maybe we should make this a very low-barrier investment fund and maybe actually take a good go of presenting it to the public,” Mann explained.

“We wanted to take, essentially, the elitism out that’s inherent in investing in real estate land development and we want to democratize it a little bit – make it accessible to the general public so that they can now become part of the conversation.”

PROPetual is the first private REIT focused exclusively on land development within Metro Vancouver and is open to retail and accredited investors and is registered funds-eligible. The minimum investment is $5,000, targeting an eight per cent preferred return and profit share.

It will leverage the full network, capabilities and resources of Isle of Mann Property Group.

The REIT’s market strategy is focused on Surrey and Langley because those municipalities are the company’s stronghold for properties and where it can best leverage its reputation.

Mann said the campaign goal is to raise $50 million in investment for the REIT.

The Isle of Mann Property Group, which is based in South Surrey, was founded in 1994. It started as a “modest developer” of single-family homes and grew to full subdivision development and building townhomes, said Mann.

Today, the company’s “bread and butter” is low-rise condos and townhomes, although it also has several mixed-use projects in its pipeline, Mann said. The company also has undertaken office, retail and industrial projects over the years.

Mann also serves as director of finance and investments for the company. Co-founder Dave Mann is the president, while fellow co-founder Henry Yong is vice-president.

Its most prominent holdings are in Surrey and Langley in the lower Mainland:

The REIT’s strategy is to acquire qualified projects directly from Isle of Mann’s existing pipeline of qualified development opportunities, at up to a five per cent discount to fair market value, allowing investors to generate immediate equity appreciation.

“With the scarcity and difficulty of land development opportunities in Metro Vancouver, our vision was to provide an investment vehicle that afforded the same opportunities and benefits available to accredited investors to anyone who is ready, willing and able to invest in real estate development,” said Mann.

“By leveraging the IoM platform and pipeline of qualified land development opportunities, we believe PROPetual REIT will achieve this vision.

“Because we’re making land development accessible to registered funds, it’s critical that we de-risk the project as much as possible as developers before we make it available to the REIT. The process is that Isle of Mann Property Group will purchase a piece of raw land and we will take it through the entitlement process.

“Once we’ve reached the third reading milestone within the planning stage, that essentially for all intents and purposes is a conditional entitlement . . . we will then make it available for purchase by the REIT.

“We have several projects that are approaching that stage right now.”

Mann said the REIT will also incorporate social impact strategies which will be announced in the near future, with an ESG strategy to follow.

Kerry Gold Residential Market Trends Metro Vancouver Jan. 18 2022
M
Mario Toneguzzi Business reporter
Mario Toneguzzi, based in Calgary has 37 years of experience as a daily newspaper writer, columnist and editor. He worked for 35 years at the Calgary Herald covering sports, crime, politics, health, city and breaking news, and business. For 12 years as a business writer, his main beats were commercial and residential real estate, retail, small business and general economic news. He nows works on his own as a freelance writer and consultant in communications and media relations/training.