Dream and the pandemic: Investor Q&A with Michael Cooper

Michael Cooper had two core messages during a Friday afternoon Q&A conference call with his Dream... 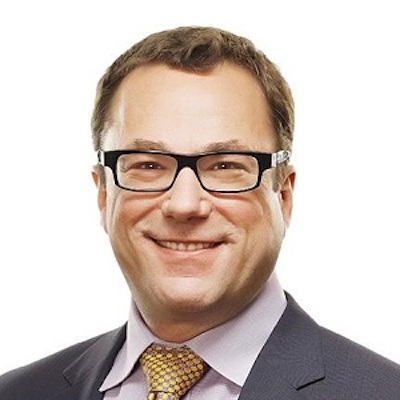 Michael J. Cooper is the president and chief responsible officer of Dream Unlimited as well as chair and CEO of Dream Office REIT. (Courtesy Dream)

Michael Cooper had two core messages during a Friday afternoon Q&A conference call with his Dream Unlimited (DRM-T) investors: first, he’s focused on steering Dream and its subsidiaries through the pandemic with as little damage as possible; second, he’ll be watching for opportunities as the economy emerges from this massive upheaval.

“I was born optimistic and I continue to be optimistic,” said Cooper, the president and chief responsible officer of Dream Unlimited. “We’re dealing with an exceptionally challenging time and it’s very hard to figure out what it means for the value of businesses.”

“This is the most uncertain time I’ve been through,” he admitted.

Job one is ensuring the company’s existing businesses, and its tenants, can weather the situation.

“On the revenue side we are going to take some hits but I think they are very, very manageable over a period of time,” Cooper said, noting Dream has already been talking with its tenants to determine potential trouble spots.

Rent collections for Dream Office were at about 81 per cent by April 15, Jiang said, and he expected to collect close to 95 per cent by end of month. Most of the uncollected rent was from retail in the buildings.

“For us, it’s more how can we support our tenants to have a viable business,” Jiang said, noting Dream Office has about 530 tenants and its staff will talk “with each and every one.

“We’re going to try to help them solve their problems so this longer-term solves our problems . . . so we don’t have to release this space.”

Cooper emphasized tenants with the capital to pay their rents are expected to do so, but acknowledged for some businesses, it could take a while to get their finances back on solid ground.

Cooper said Dream wants to take a “gentler” approach to work with these clients and assist with accessing government programs which could also help.

On the liquidity front, Cooper noted Dream Unlimited is sitting on about $320 million of liquidity and is working to build that to over $400 million.

Jiang said Dream Office has about $200 million, not including about $100 million in unencumbered assets.

Dream and its entities have about $9 billion of assets under management.

Cooper said Dream has also had talks with its lenders and “the financing environment is amazing for existing borrowers on existing business.

“They are like the Four Seasons now, they are totally into service. They are going to take care of their existing clients and make sure they have the money they need,” he noted.

“It’s quite clear that between the central bank, OSFI and the financial institutions, the word is to not call loans, to work with businesses and it is coming through loud and clear.”

Looking ahead, Dream’s construction program continues, though at a somewhat reduced pace due to shutdowns and social distancing measures.

On the whole, however, Cooper is “shocked that two-thirds of our projects are still under construction,” including 357 Bay St., in Toronto, which drew investor interest because WeWork will be the tenant.

Jiang said WeWork is in the fit-up phase at that building. Despite financial worries about the co-working company, Jiang said he is not unduly worried.

“It’s a 65,000-square-foot heritage boutique, it will be brand new, at one of the best-located intersections in the country,” Jiang pointed out.

“So if WeWork pays the rent, great. If they are required to release the building, then I think we will do very well with it.”

Cooper also said Dream will take advantage of opportunities to acquire other assets at attractive prices. However, he noted others will also be waiting.

Cooper said there is “probably a trillion dollars” on the sidelines watching for opportunities.

Major players such as Blackstone and Brookfield are building war chests with 10s of billions in equity.

Other Canadian investors are lurking as well; just last week OMERS incoming CEO Blake Hutcheson said part of his job is to ensure the Ontario-based pension fund has “10s of billions” of its own available to invest in what it considers undervalued sectors.

“(I’m getting) 15 times as many calls from people who want to let us know they’d be happy to invest with us, if we find great opportunities, compared with anyone who contacts me with something they want to transact on,” Cooper said.

“There may be great opportunities, but I don’t think they will come for a long time.”

The pandemic is still in its early stages and prices have yet to budge.

“Anybody selling things wants the same price they wanted from December, anyone buying wants to get a much better deal.”

Cooper said the restructuring of Dream Office REIT’s portfolio during the past couple of years has considerably strengthened its position.

Both he and Jiang said the REIT’s portfolio is currently focused on higher-quality assets in better locations.

“Dream Office has had a tremendous run. That restructuring is pretty much complete. That company is in great shape,” Cooper said.

“I’m really pleased we sold 140 buildings and most of them were commodity-type. A lot of them didn’t have great transportation. I think those ones will suffer.”

Cooper identified core office properties and industrial as two areas where he and Dream remain bullish.

“It is going to be an exciting time and there are a lot of people who are going to make a lot of money, so we have our eyes open,” he said.

“We have a lot of people working really hard to find where the next opportunities are going to be.”