Dream Industrial REIT (DIR-UN-T) has waived conditions and will acquire a 527,000-square-foot dis... 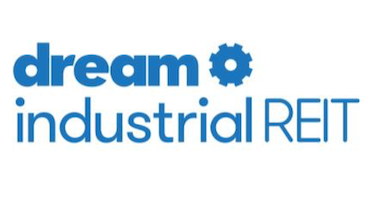 Dream Industrial REIT (DIR-UN-T) has waived conditions and will acquire a 527,000-square-foot distribution facility in Montreal with significant land available for expansion. The REIT made the announcement as part of $465 million in global acquisitions it has closed on, or is planning to purchase, in recent weeks.

Dream, which has been expanding its industrial portfolio at a rapid pace in both North America and Europe, is also issuing $225 million in new trust units via a bought-deal offering.

The closed and planned acquisitions involve a total of 20 properties in Canada, the U.S., and the Netherlands. They comprise about 2.9 million square feet of GLA, have an average weighted lease term of seven years and a going-in capitalization rate of 4.75 per cent.

“These acquisitions are high-quality properties that are well-suited for e-commerce use. We continue to execute on our strategy to acquire highly functional, well-located, modern logistics assets that offer strong organic growth potential and are targeted to improve our overall portfolio quality,” said Dream Industrial CEO Brian Pauls in the announcement.

“We continue to transform the company with over $620 million of acquisitions in 2020, increasing our portfolio by over 25 per cent. Paired with our access to euro-equivalent debt at interest rates well below one per cent currently, our capital deployment initiatives have materially improved our growth outlook for 2021 and future years.”

The Montreal property is among six facilities Dream expects to close on within the next 60 or so days (total value of $181 million) and is by far the largest of the sites.

The class-A Greater Montreal distribution facility is situated on 38.4 acres of land with site coverage of 31 per cent. Dream says there is room for 221,000 square feet of expansion.

The asset is fully occupied by three tenants in the logistics and food and beverage sectors, with a weighted average lease term of seven years and the average in-place rent over 15 per cent below current market rates.

Built in the mid-2000s and recently refurbished, the facility has a 30-foot clear ceiling height and includes approximately 160,000 square feet of refrigerated space.

“We are excited to add high-quality properties to the portfolio which we expect will allow us to surface value in a short span of time by adding density or driving rents higher on lease roll-over,” said Alexander Sannikov, Dream Industrial’s COO, in the release.

“Our latest acquisition in Montreal will further enhance our near-term development pipeline. We expect the intensification to occur over two phases, with the first phase forecast to commence in 2021.

“We expect to achieve a yield on construction costs of over 6.5 per cent, which would result in meaningful accretion to our net asset value. Including the intensification projects in our existing portfolio and our Las Vegas development, we expect to be in the position to commence construction on approximately one million square feet of high-quality logistics space in 2021.”

Among the other properties it is a new, fully occupied 140,000-square-foot building in Cincinnati. Built in 2020, the class-A distribution facility has 32-foot clear ceilings and is near the Amazon Prime Air hub as well as Dream Industrial’s existing properties in the sub-market.

The acquisitions on which Dream has now closed are all in Europe, and include five properties valued at $112 million in Germany and the Netherlands. They’ve been funded with cash on hand, including proceeds from the recent $250-million Series A unsecured debenture at 0.49 per cent interest.

– the previously announced acquisition of a 302,000-square-foot logistics property in the Greater Frankfurt Area in Germany for $32 million. The building has a clear height of 34 feet and is 93 per cent occupied by five tenants in the logistics and healthcare sectors. It also has capacity to develop an additional 40,000 square feet of warehouse space;

– an 86,000-square-foot logistics property near Schiphol Airport in Amsterdam for $16 million. Built in 2017, the building has a clear height of 39.5 feet and is occupied by a tenant specializing in healthcare logistics; and

– an 191,000-square-foot recently built property near Arnhem, the Netherlands for $39 million. The property has a clear height of 36 feet and is occupied by Toyota Material Handling with 10 years of term remaining on a fully indexed lease.

Further to these acquisitions, Dream says it is also under contract or in exclusive negotiations on approximately $175 million of acquisitions in Ontario, Quebec, Germany and Netherlands.

Dream intends to prepay approximately $130 million of its existing Canadian mortgage debt maturing in 2021 and 2022 (average rate of 3.60 per cent). This will increase its pool of unencumbered assets to approximately $2 billion (including the aforementioned acquisitions), representing 58 per cent of its investment property value.

When the current acquisitions and financial transactions are complete, Dream Industrial says its unsecured debt to total debt ratio will increase to 38 per cent from nine per cent as of Q3 2020. Its secured debt to assets ratio is expected to decline to approximately 20 per cent.

“This equity offering allows us to continue to high-grade the portfolio while maintaining a strong and flexible balance sheet,” said Lenis Quan, Dream Industrial’s CFO, in the release. “We expect our current near-term acquisition pipeline as well as the repayment of debt to fully utilize the proceeds from the equity offering.

Dream Industrial REIT is based in Toronto. It owns and operates a portfolio of 172 assets (266 industrial buildings) comprising approximately 26.6 million square feet of GLA across North America and Europe (as of Q3 2020).