First Capital Realty Inc. (FCR) will invest about $300 million to purchase interests in a dozen urban properties and commence two redevelopment projects in major Canadian cities. Among the sites it has purchased is a 2.1-acre redevelopment site at Yonge and Roselawn streets in a highly coveted downtown Toronto neighbourhood. 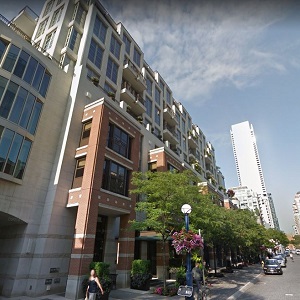 Toronto’s five-star Hazelton Hotel is among a series of properties in which First Capital has acquired an interest. (Google Street View image)

To help fund the transactions and projects – the other properties are located in the GTA, Montreal, Calgary, Ottawa and Vancouver – it also announced a new $230-million share offering.

“Today’s announcement is the result of several exceptional investment opportunities that have materialized exclusively in our core urban markets, primarily Toronto,” said Adam Paul, First Capital’s president and CEO, in a release announcing the moves. “These properties have superior demographic, FFO and NAV growth profiles which fit into the high end of our existing portfolio.

“The corresponding equity offering reflects our commitment to a strong balance sheet which together with these transactions advances First Capital’s strategic position.”

The properties and developments, outlined in a release issued Monday afternoon, include:

The most significant purchase is a land assembly at Yonge Street and Roselawn Avenue. First Capital currently owns 37.5 per cent of the site through its ownership interest in Main & Main Urban Realty LP and will acquire the remaining 62.5 per cent for approximately $71.9 million (excluding closing costs). First Capital’s total acquisition cost for the assembly will be approximately $102 million.

The property consists of 2.1 acres of mixed-use development land in the heart of the Yonge & Eglinton neighbourhood, a high-growth node well served by public transportation and amenities. First Capital plans a residential and retail redevelopment due to the site’s proximity to both the TTC Yonge-University Subway and the future Eglinton Crosstown LRT.

It currently has approximately 70,000 square feet of retail space and 122 parking stalls which provide holding income. Closing, which is subject to normal conditions, is expected in late 2018.

The area is already experience intense redevelopment, including RioCan’s massive ePlace, eCentral and e2 mixed-use project at Yonge and Eglinton.

More than a dozen other projects are either under construction, or planned within a few hundred metres of the intersection. The neighbourhood could see more than 20,000 new residents in the next decade if they are all constructed.

First Capital has invoked a call option to acquire 60 per cent of the Hazelton Hotel for $44.4 million. The five-star hotel is adjacent to First Capital’s Yorkville Village Mall entrance and features over 225 feet of Yorkville Avenue frontage.

It includes 77 hotel suites, 11,250 square feet of high-end retail space (including One restaurant) and 67 parking stalls. The property is also close to a number of the company’s other key Yorkville properties, including 100 Yorkville Avenue (leased to Chanel), 102-108 Yorkville Avenue (currently being redeveloped and 100 per cent leased to Versace, Jimmy Choo, Brunello Cucinelli, Her Majesty’s Pleasure salon and Aburi Group for the high-end Omakase restaurant), and 101 Yorkville Avenue (scheduled for near-term redevelopment).

First Capital believes the acquisition offers value-creation opportunities for the hotel and will enhance its position in the affluent, high-growth neighbourhood.

The vendor, which developed the property as Toronto’s first five-star hotel, will retain a 40 per cent interest and continue to manage the hotel. The Hazelton was opened in 2007 after being developed by Starwood Group.

The company will also buy the ground-floor retail component of 775 King Street West for $22.8 million. The three separate, fully leased retail units total 18,000 square feet anchored by a 11,650 square foot Shoppers Drug Mart at the base of a 17-storey condo tower developed by Minto.

The property is near First Capital’s Liberty Village development site, which will include 490,000 square feet of mainly retail space and 506 rental residential units, upon completion of its King High Line project. This transaction is expected to close later in 2018.

In Vancouver, First Capital will acquire 30,500 square feet of new ground-floor retail space with 90 below-grade parking stalls in Kerrisdale, southwest of the downtown core, for $21.8 million (excluding closing costs). The space, at the base of a new boutique low-rise condominium, is under construction and has been leased to Save-On-Foods. This is also expected to close in Q3.

– 1525 Avenue Road in Toronto which expands its Avenue Road and Lawrence assembly (anchored by a Pusateri’s grocery store) to 2.6 acres;
– A 50 per cent managing interest in 48,800 square feet of new urban retail space and 112 parking stalls in Phase I and II of Tridel and Hines’ 1,200 residential unit Bayside development in Queens Quay in Toronto. First Capital also has purchase rights on the retail component of the remaining phases of the Bayside development;
– Approximately 30,000 square feet of retail space in two properties in the rapidly densifying Beltline community of downtown Calgary. This expands its GM Glenbow assembly and was acquired jointly with Allied Properties REIT, its 50 per cent partner in the GM Glenbow properties; and
– Other smaller but complementary urban properties in Toronto, Calgary and Ottawa.

The properties feature population density and household income levels, within a five-kilometre radius, of approximately 486,000 and $136,000 respectively. First Capital says this exceeds its “industry-leading demographic profile” which is currently approximately 215,000 and $107,000, respectively.

On the redevelopment front, First Capital has commenced its transit oriented Wilderton Shopping Centre project in the Outremont neighbourhood of Montreal, just two kilometres from the University of Montreal. The project broke ground in April.

Development of Dundas and Aukland, Toronto

The development cost of Dundas and Aukland and the initial redevelopment phase of Wilderton Shopping Centre are projected to cost First Capital approximately $79 million.

As part of the funding for the developments and acquisitions, First Capital will sell 9,757,000 shares on a bought-deal basis at $20.50 per share to underwriters co-led by CIBC Capital Markets and TD Securities Inc. fo approximately $200 million.

The underwriters also have an over-allotment option for up to 1,463,550 additional shares which if exercised in full, would increase the offering to approximately $230 million. It is scheduled to close by July 18, pending regulatory approvals.