Granite REIT has announced the acquisition of a 92.2-acre parcel of prime industrial development... 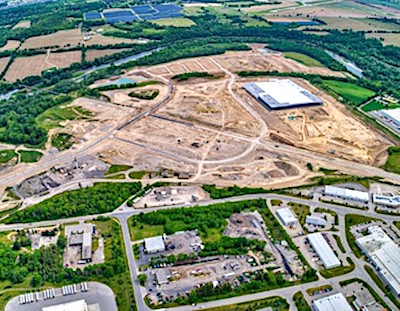 Granite REIT has announced the acquisition of a 92.2-acre parcel of prime industrial development land in Brantford, Ont., agreements to buy five income-producing U.S. properties comprising about 2.5 million square feet and plans to build a 690,000-square-foot distribution centre in Houston.

The acquisitions are valued at $330.7 million.

The distribution centre project in Houston will mark the second phase of Granite’s Northpoint 90 development. It is being constructed for a “leading e-commerce retailer” which has committed to a 10.9-year lease.

“These transactions reflect our ongoing commitment to developing and acquiring institutional-quality assets in key distribution and e-commerce markets in Canada, the U.S. and Europe,” said Kevan Gorrie, Granite’s (GRT-UN-T) president and CEO, in the announcement Tuesday.

The Brantford acquisition closed on Aug. 16. It involves a tract of land in the city’s northwest industrial park along the Hardy Road-Oak Park Road corridor which has seen an enormous amount of investment activity in recent months. Granite paid $62.2 million for the land.

As developers and companies have been forced to turn their attention from the Toronto area itself – due to a lack of available space and industrial land – to the outer rings of the Greater Toronto Area (GTA) and the Greater Golden Horseshoe Area (GGHA), this particular region has attracted enormous attention.

In part, that’s due to its proximity just off Hwy. 403 between Hwy. 401 and the Queen Elizabeth Way at Hamilton. The highways are the gateway to almost nine million people within a 90-minute drive.

“The acquisition of the development site provides us with the opportunity to leverage our platform and expertise to develop state-of-the-art facilities at scale in an active and rapidly growing distribution node,” Gorrie said in the announcement. “Upon stabilization, the Brantford development is expected to generate significant NAV growth for our unitholders.”

Granite intends to develop a multi-phased business park comprising about 1.7 million square feet of state-of-the-art distribution and logistics space. The greenfield site is serviced and capable of accommodating buildings ranging from 100,000 to 500,000 square feet.

The REIT plans to begin the first phase of construction in Q3 2022. It anticipates a stabilized development yield of approximately 5.5 per cent from the property.

The business park is also the site of another major industrial build by local firm Vicano Construction, a $50-million, 518-705-square-foot distribution centre for Hershey. 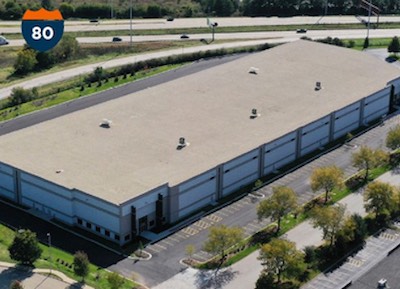 The U.S. acquisitions include a portfolio of four modern distribution facilities in Chicago, Cincinnati and Memphis for $247.7 million (a going-in yield of 4.7 per cent). The portfolio is 100 per cent leased to seven tenants with a weighted average lease term of 3.2 years.

Granite says the properties are all of institutional quality, with minimum 32-foot clear heights and an average age of eight years.

It’s also 100 per cent leased to two tenants and located close to three other assets Granite recently acquired. The eight-acre property is close to the I-55 and I-80 junction and features 32-foot clear heights.

All of the U.S. acquisitions are expected to close in Q3 2021, and all (including the Brantford property) are to be funded from Granite’s cash on hand.

Additionally, Granite and its partner NorthPoint Development will begin construction of a 690,000-square-foot, 40-foot clear height, modern distribution building at Northpoint 90 in Houston. The initial phase of approximately 700,000 square feet at the site is already under construction.

“We are also pleased to add scale in our target markets in the U.S. via the acquisitions of the income-producing properties. These modern assets are consistent with the quality of our existing portfolio and possess strong potential for NOI and NAV growth,” Gorrie said in the announcement.

The new facility is estimated to be completed in Q3 2022.

Granite is a Canadian-based REIT engaged in the acquisition, development, ownership and management of logistics, warehouse and industrial properties in North America and Europe.