Owing to the economic lockdown to contain COVID-19 in the Greater Toronto Area (GTA) last spring,... 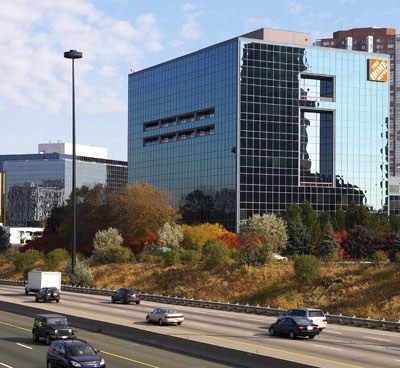 The sale of the Concorde Corporate Centre in Toronto stands as one of the GTA’s Top-10 CRE transactions of 2020. (Courtesy Artis REIT)

Owing to the economic lockdown to contain COVID-19 in the Greater Toronto Area (GTA) last spring, it’s not surprising the region’s 10 largest commercial real estate transactions of 2020 occurred in the first two and final three months of the year.

Ray Wong, vice-president of data operations for Altus Group‘s Data Solutions division, spoke with RENX about last year’s GTA market and its prospects for 2021. Altus also compiled a list of the Top-10 transactions of 2020.

“There’s appetite in the marketplace, but investors are looking at properties that they can reposition or expand, especially if there’s excess land on it for higher returns,” said Wong. “The challenge in the market was availability of product and how it fit into overall portfolios.”

While year-end numbers aren’t yet available for 2020, there were 1,432 commercial real estate transactions valued at $11.31 billion in the GTA through the first three quarters of the year. That compares to 1,647 deals valued at $14.81 billion through the same period a year earlier.

Industrial volume was up 5.5 per cent through three quarters compared to 2019, though the number of transactions was down by 15.4 per cent. There has been increased demand for warehouse and logistics space due to more e-commerce activity and industrial rental rates have continued to rise.

“Industrial interest is from a combination of investors and occupiers,” said Wong, who noted data centres and cold-storage facilities are also attracting more attention.

Residential land transaction activity has traditionally placed among the top three asset classes and that was no different through three quarters of 2020.

“That bodes well for the GTA because it shows confidence in the future with respect to development and future growth,” said Wong.

Wong said there was increased activity in October and November compared to the second and third quarters, and he expects Q4 totals to be strong, though falling short of those from 2019.

Looking forward to the rest of this year, Wong said there’s “a lot of capital available for acquisitions in the marketplace,” but the gap between what sellers are looking for and what buyers are willing to pay may delay some transactions.

He expects increased activity as investors see markets stabilizing and returning to a “new normal” as pandemic concerns ease with increasing availability of COVID-19 vaccines.

“Any type of certainty in the marketplace will create increased activity on the investment side. We saw that last year, when you compare March to June to November.”

1) The highest price transaction was for $171.93 million and took place on Oct. 9. It involved a distress sale for a 0.453-acre parcel of residential land at 480 Yonge St. in Toronto. QuadReal acquired it from the Ontario Superior Court of Justice after Cresford Developments had purchased it in November 2016 for $67 million. Cresford had plans to develop the 39-storey, 425-unit Halo Residences condominium, but the project went into receivership while it was under construction. Work is continuing on the building.

2) Parkview Apartments, at 500 Duplex Ave. in Toronto, was sold by Soudan Investments GP Inc. to Q Residential for $157.98 million on Dec. 17. The 2.5-acre property near Yonge Street and Eglinton Avenue is occupied by a 34-storey, 321-unit apartment building and nine townhomes, but it has intensification potential.

3) A 400,000-square-foot data centre at 1895 Williams Parkway in Brampton was sold by Bell Canada to Equinix for $118.99 million on Oct. 1. It marked the largest of three data centres that sold last year and is the second acquired by Equinix (the first was at 45 Parliament St., which sold for $223 million in December 2019).

4) The Concorde Corporate Centre in North York was sold by Artis REIT to Fengate Asset Management on behalf of LiUNA Pension Fund of Central and Eastern Canada for $114 million on Nov. 17. The 7.7-acre site is home to three office towers comprising 567,619 square feet.

5) A 5.42-acre site at 175 Wynford Dr., just south of Concorde Corporate Centre, iurrently occupied by Toronto Don Valley Hotel. It was sold by Allied Hotel Properties Inc. to Fengate, in a joint venture with Freed Developments, for $102 million on Jan. 6.

6) 1.248 acres of residential land at 200 Queens Quay W. in Toronto, currently occupied by an eight-storey parkade, was sold by Canada Lands Company to Lifetime Developments and DiamondCorp for $100 million on Feb. 27. A rezoning application was submitted in June proposing 41- and 71-storey towers atop a 12-storey podium that would include 1,372 condo units and 110 affordable rental units.

7) 0.651 acres of ICI land at 229 Richmond St. W. in Toronto was sold by Pamlimar Investments & Enterprises Limited to the City of Toronto for $100 million on Jan. 15. It’s currently occupied by a parking lot, but is zoned for mixed-use and was acquired for market value. While there could be a development play down the road, current plans designate the property for a park.

8) The 688,904-square-foot One Steelcase industrial property at 1 Steelcase Rd. W. in Markham was sold by Liberty Development Corporation to QuadReal for $93 million on Nov. 16. The site, nearly 30 acres located near Steeles Avenue East and Highway 404, is a potential long-term redevelopment play.

10) The 342,606-square-foot Erindale Corporate Centre in Mississauga was sold by The Redbourne Group to Montez Corporation and Adgar Investments & Development Ltd. for $90.6 million on Feb. 28. It was originally acquired by Redbourne in March 2013 for $71.1 million. The complex consists of three office buildings from four to 11 storeys and was approximately 93 per cent occupied at the time of the sale.

VANDYK has big plans for Grand Central Mimico in Toronto

Steve McLean Commercial Development Toronto / GTA Jan. 11 2021
Steve McLean Business reporter
Steve is a veteran writer, reporter, editor and communications specialist whose work has appeared in a wide variety of print and online outlets. He’s the author of the book Hot Canadian Bands and has taught reporting to college students. He is based in Toronto.