Grosvenor Group’s history in North America is rooted in Vancouver. So is its future, says the hea... 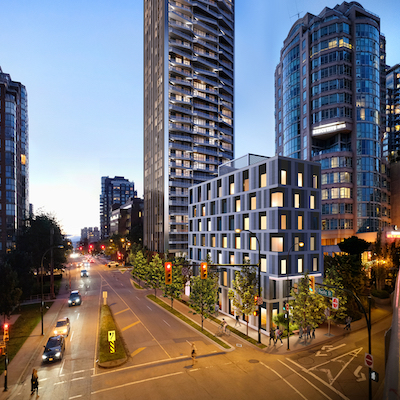 The Pacific is currently under development by U.K.-based Grosvenor Group in downtown Vancouver. (Courtesy Grosvenor)

Grosvenor Group’s history in North America is rooted in Vancouver. So is its future, says the head of its North American operations.

The 342-year-old U.K.-based developer and operator’s first venture outside of the U.K. was an industrial project on Annacis Island near Vancouver in the early 1950s.

“We purchased the raw land and developed it, and redeveloped it, and turned it into an active industrial park,” said Steve O’Connell, Grosvenor’s chief executive, Americas. “We still have a significant holding there today, and in fact, in the last few months have made other purchases down there.”

He said the Vancouver region remains the foundation of the North American objectives.

Approximately 80 per cent of its North American investment properties are in the U.S., compared to roughly 20 per cent in Canada, but half of Grosvenor’s development pipeline is north of the border. Most of that is in the Lower Mainland, said O’Connell, who is from Ontario but has lived in California for the past 20 years.

“Roughly 50 per cent of our development is in Canada and 50 per cent in the U.S,” he said. “That’s a snapshot of our portfolio today.”

The company owns residential, retail, industrial and office properties in 60 cities and the private business remains a Grosvenor family affair.

“My vision for going forward in Canada would essentially be more of the same,” O’Connell said. “We have historically been a residential developer in Vancouver and I see that continuing. I also see us developing office again.”

It’s understandable that Vancouver’s office market would be attractive to the company.

Office vacancy in Vancouver is at, or near, the lowest in all of North America. Seventy per cent of the 4.2 million square feet of new office space now under construction is already pre-leased. 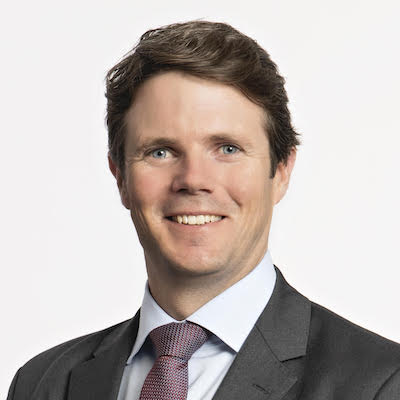 Grosvenor’s existing B.C. portfolio contains eight properties, including sites in Burnaby, New Westminster, Vancouver, West Vancouver and Victoria. Among them are several facilities stemming from the initial Annacis Island development, as well as the open-air shopping centre Broadmead Village in Victoria and the first phase of Ambleside in West Vancouver.

It has also completed three residential projects since 2013 and owns a retail centre in Calgary.

Currently under construction are Ambleside Phase 2 in West Vancouver, The Pacific in downtown Vancouver and Polaris in Burnaby.

Polaris is a 36-storey condo tower with 313 homes in Burnaby’s Metrotown area. Designed by IBI Architects, Polaris is topped by a beacon lantern with articulating vertical lights along its side. Construction is underway and the building is expected to complete in 2022.

Grosvenor is also planning a large project in Brentwood, another of Burnaby’s high-density town centres.

“One of our Canadian development projects that we’re really excited about right now is a three-million-square-foot development that’s transit-oriented in Brentwood,” O’Connell said.

The Burnaby site is located across the street from a SkyTrain station in the densifying cluster of office and residential towers near the Amazing Brentwood project.

“We’re looking to do something really transformative with that site,” he said.

O’Connell said the strength of the Vancouver port has continued to create demand from e-commerce and distribution companies in the region, and Grosvenor’s holdings on Annacis Island will continue to serve the firm well into the future.

Moreover, the region features attractive scenery, is livable and has a highly educated population driven by top-shelf educational institutions.

The city’s technology industry also continues to grow and has been attracting giants like Amazon, Microsoft and Apple.

Those are important long-term fundamental indicators for the region, he said.

Times are more challenging in Calgary, a city in which Grosvenor has been active for 20 years, O’Connell said.

“We have taken the difficult decision of not pursuing our development opportunities in Calgary at this time,” he said. “However, we still are a landowner and a property owner for . . . four properties (in Calgary).”