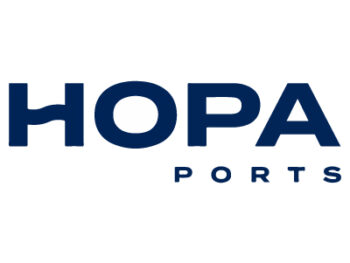 “We love to hear from potential customers when their growth plan is still just a kernel of an idea.” Jeremy Dunn, Commercial Vice President, explains HOPA Ports’ collaborative approach to working with customers. More than 140 businesses call HOPA properties in Hamilton, Oshawa and Niagara home, and a focus on the long-term has proved a recipe for success for these Canadian industries.

HOPA Ports (Hamilton Oshawa Port Authority) is an entity known as a ‘government-business enterprise’, giving it a mandate to support Canada’s economic interests while operating in an independent – and decidedly entrepreneurial – way. The largest port authority in Ontario, HOPA operates an integrated network of industrial waterfront properties and marine facilities in Hamilton, Oshawa, and Niagara. HOPA’s ports are home to companies in agri-food, steelmaking, manufacturing, construction materials, and liquids.

“When we’re working with a company to imagine a new or expanded operation, enhancing their supply chain efficiency is part of that conversation right from the start,” says Dunn. HOPA’s core customers are industrial operations with multimodal transportation needs. Many of them make use of all of the modes HOPA’s ports offer: marine, rail and highway access. “Modal flexibility has great value, so we’re talking to our customers about all of their options. And we can actually do a lot to tailor not just the land footprint or buildings, but the transportation assets themselves. It can make a huge impact on operational efficiency.”

Well-known industrial firms such as G3 Canada Ltd., Federal Marine Terminals, Parrish & Heimbecker and others have located or expanded their businesses on port lands in the last decade. In all, HOPA has attracted more than $350 million in new investment within the last decade. In many of these cases, HOPA has invested alongside its tenants, creating the supply chain infrastructure that adds value.

North American sugar refiner SucroCan found a perfect location for its new sugar refinery at the port’s Pier 10 in Hamilton, where HOPA has developed a dedicated cluster of agri-food related businesses, offering marine, rail and easy highway access. Most recently the company partnered with HOPA on a project funded in part by the federal National Trade Corridors Fund to construct a new raw sugar warehouse. As a result, SucroCan has been able to accelerate its growth and tap into new domestic and cross-border markets.

Port tenant Sylvite Agri-Services is the largest Canadian-owned, independent wholesaler of farm fertilizer in Ontario and eastern Canada. When Sylvite was looking to expand in response to growing demand for storage capacity in Ontario, HOPA stepped in with project financing and construction management expertise to help the company accelerate its expansion and capture the opportunity. Most recently, HOPA upgraded the marine dock adjacent to the Sylvite terminal, allowing the company to increase the volume of products it handles.

As firms grow and expand within HOPA’s network, we make sure we’re connecting regularly to see how we can continue to enhance our partnership, notes Dunn. “When you join HOPA’s port network, you become part of an industrial community, with a network of industrial partners to connect with on everything from environmental management, to construction project assistance, to skilled trades talent development.”

In recent years, HOPA has been taking this approach a step further. In addition to its own properties, HOPA now manages industrial space on behalf of third parties in southern Ontario. In 2020, HOPA partnered with Bioveld Canada Inc., as the company had acquired an extensive brownfield industrial site on the Welland Canal in Niagara. Together, Bioveld and HOPA have developed a strategy to redevelop and market the site, and have begun to attract new tenants who are taking advantage of the space’s unique transportation, energy and water treatment assets.

HOPA also manages other industrial properties on behalf of third parties in Hamilton, and is on the lookout for other underutilized industrial sites in the Great Lakes region that could benefit from its management and network connectivity.

“When customers join the HOPA Ports network, they tap into more than square footage or a great location in the GTHA. We strive to understand their business, invest in their vision, and help them succeed every step of the way,” explains Dunn. “We’re not just focused on the immediate transaction, but rather that long-term partnership. It’s been critical to our customers’ success, and our own.” 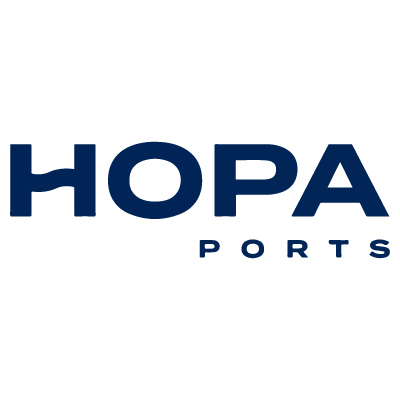