Harrison Street closes fund, has $550M to invest in Canada 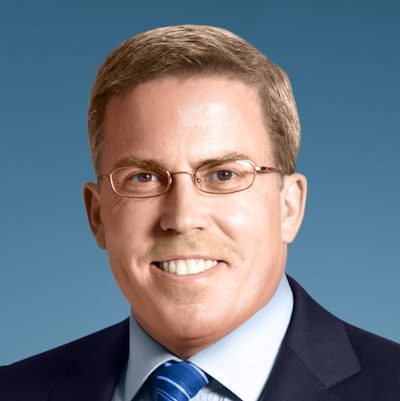 Jonathan Turnbull has spent the past year quietly building relationships and examining market conditions as managing director and head of Canadian transactions for Harrison Street.

But now that the Harrison Street Canada Alternative Real Estate Fund has completed its first closing and has the capacity to invest more than $550 million in stabilized, cash-flow producing assets, he expects the deals to begin flowing.

Prior to joining Harrison Street in 2020, Turnbull was a managing partner of Alignvest Student Housing and Canadian Student Living, where he oversaw the development, launch and execution of a dedicated Canadian student housing fund which grew to become the largest owner/operator of student housing in the country. He was responsible for the fund, including transaction sourcing, diligence, financing, property and asset management, investor relations and operations.

Harrison Street approached Turnbull about starting its Canadian operations, and he felt it was an attractive opportunity.

“It allowed me to leverage a broad set of skills I’d built up over the years in the alternative real estate space, as well as digital infrastructure and infrastructure,” Turnbull told RENX. “Harrison Street was looking for somebody to come into the Canadian operation who had relationships in Canada and had the skills in those sectors.”

Harrison Street, which was founded in 2005, also has an office in London, England. The company has approximately U.S.$36 billion in assets under management and about 200 employees. Two of them are now in a downtown Toronto office and Turnbull is hoping they’ll be joined by five others by the end of this year.

Work on raising equity for the open-ended Harrison Street Canada Alternative Real Estate Fund began in earnest in January. It has capital commitments from Canadian and international investors including institutions, family offices and senior executives of the firm.

“We haven’t gone to the broad market yet,” said Turnbull. “We’re just now starting to do that.”

The goal is to build a portfolio across all alternative asset classes, and with geographic dispersion across Canada.

Harrison Street’s primary focus will be on the 10 largest Canadian markets, but not exclusively. Turnbull said good student housing properties can sometimes also be found in smaller markets.

Up to 35 per cent of the Harrison Street Canada Alternative Real Estate Fund will be invested in value-add strategies. Turnbull said there’s been a lack of institutional capital invested in alternative asset classes in Canada, so there hasn’t been a steady supply of quality product coming to market. This has piqued Harrison Street’s interest in becoming involved with development.

While there aren’t yet any Harrison Street developments or acquisitions in Canada, Turnbull said it won’t be long before that changes.

Senior living is more developed than other alternative asset classes in Canada, and there are deals that can be done, so Harrison Street will have a lot of near-term interest in that sector.

Harrison Street has focused on off-market deals to date. Turnbull said they allow the company to work well with operating partners — since his firm isn’t an operator — because such transactions are built on early strategic relationships.

“Off-market strategic deals really allow us to hand-pick those that we want to operate with and to negotiate a good quality deal for both parties — not in a competitive dynamic but in an open and collaborative manner. Those are critical for long-term success, we think, in this market.”

Turnbull said there’s been a consistent uptick in transaction activity in Harrison Street’s sectors of interest, and a lot of developers and families that own assets may be looking for long-term partners.

Harrison Street will look at each potential transaction individually and decide whether it will invest on its own, or in partnerships of varying sizes. In those instances where Harrison Street takes complete ownership, Turnbull said it has to find the right property management team and incentivize it to act like a co-owner in managing the asset.

Harrison Street’s senior leadership team has an ownership stake in the firm, while Colliers owns 75 per cent. It operates independently, however, and Turnbull called the relationship with the professional services and investment management company a strategic partnership.

“They have to treat us like they treat everybody else. If they have a deal where they’re looking to sell, they have to make sure that everybody gets a look at it. There’s no special treatment here in any way, shape or form.

“We have to keep everything at arm’s length, but it’s great to have the knowledge base and relationships with some really smart people at Colliers who know the market and understand the dynamics out there. It’s great to have people out there to pick up the phone and talk to to get a feel for what’s going on in the market. They’re great that way.”

Steve McLean Commercial Transactions Toronto / GTA Aug. 30 2021
Steve McLean Business reporter
Steve is a veteran writer, reporter, editor and communications specialist whose work has appeared in a wide variety of print and online outlets. He’s the author of the book Hot Canadian Bands and has taught reporting to college students. He is based in Toronto.