Highfield Investment Group is taking advantage of the continued unprecedented demand for industri... 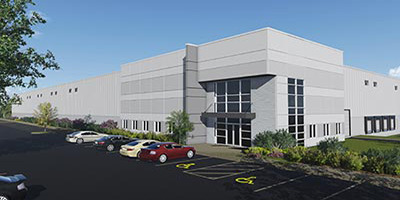 Highfield Investment Group is taking advantage of the continued unprecedented demand for industrial real estate space in the Calgary area by expanding its footprint in Balzac.

The company, which has spearheaded the incredible growth of the High Plains Industrial Park, recently acquired 269 acres of land adjacent to its 1,100-acre master-planned park.

Building 8 will represent a slight departure from formula and will blend the same industry-leading features (low operating expenses and competitive economics) in a smaller package of 185,000 square feet.

The first purchase of land on the current site was made in late 2006. Since then, the vision has grown and continues to grow.

At the end of 2021 or early in 2022, Munro said the site will have close to five million square feet of completed space.

“The park is unique in the sense that we have a tremendous track record developing buildings, but we also offer build-to-suit opportunities where we develop, you own, as well as straight land sales,” said Munro.

“This is a different dynamic than in most parks where the developers attempt to influence and control the outcome. We pride ourselves on collaboration with our partners in the park.

“In High Plains, you see a lot of tenants who are owners who have developed their own facilities with varying degrees of partnerships with Highfield. A simple example is Gordon Food Services who was an amazing early proponent of the vision for the park.

“Sobeys came in and bought the Target facility, but they’re in the process of expanding in the park as well.”

With the two new spec buildings, the total number of buildings at the park will be 16.

Developments move ahead in 2020

Despite the economic headwinds of 2020, Munro said the developer was able to begin three large development projects including a 1.2-million-square-foot distribution centre for Lowe’s, a 409,360-square-foot speculative building, and the 150,000-square-foot CHEP Canada facility.

Munro said there is room for another at least five million square feet of industrial real estate space.

“There are some opportunities still in the area that we are pursuing concurrently,” he said.

Iain Ferguson, vice-chairman at CBRE, is working on leasing and sales for the park. 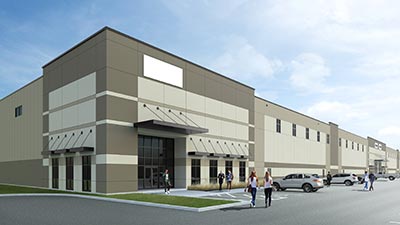 “As a result, the market availability rate dropped 50 bps to 9.2 per cent. Calgary continues to see unprecedented demand in the large bay sector as the impacts of COVID-19 on consumer habits and supply chains remain dynamic and continue to evolve. This, coupled with very limited inventory across the rest of the nation, continues to drive demand and growth to the Calgary market,” it states in the CBRE report.

Ferguson said the growing consumer demand for products in a timely fashion has changed the industry, drawing a focus on the increasing importance of a company’s supply chain.

Calgary is also becoming more attractive because costs are lower than other places like Vancouver and there is also more inventory available.

“A lot of these companies want to be in Calgary as a central location for Western Canada,” said Ferguson. “We’re in acceleration mode as it relates to this park.”

High Plains Industrial Park has about 250,000 square feet of available space in one of its existing buildings, but with a strong prospect for it to be fully leased in the near future, which is a strong driver for the plans to build two additional buildings this year.

David Kalinchuk, economic development manager of Rocky View County, where Balzac is situated, said the county is regarded as the centre of logistics for Western Canada.

“Commercial and industrial growth in locations, like Balzac, have created their own gravitational pull that attracts more and more development.

“With this growth, Rocky View has prospered despite low oil prices and COVID. Last year, Rocky’s commercial and industrial assessment grew by 15.2 per cent,” Kalinchuk said.

Mario Toneguzzi Commercial Redevelopment Edmonton Jul. 27 2020
M
Mario Toneguzzi Business reporter
Mario Toneguzzi, based in Calgary has 37 years of experience as a daily newspaper writer, columnist and editor. He worked for 35 years at the Calgary Herald covering sports, crime, politics, health, city and breaking news, and business. For 12 years as a business writer, his main beats were commercial and residential real estate, retail, small business and general economic news. He nows works on his own as a freelance writer and consultant in communications and media relations/training.