H&R Real Estate Investment Trust made a number of acquisitions and dispositions in a busy second... 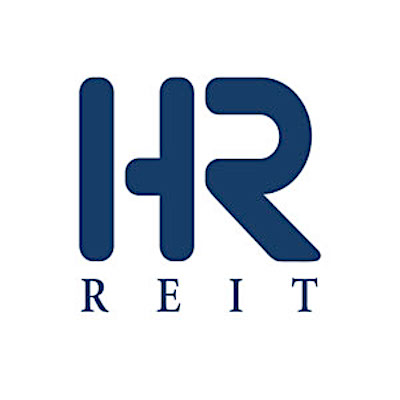 H&R Real Estate Investment Trust made a number of acquisitions and dispositions in a busy second quarter that included 18.8 per cent growth in same-property net operating income (NOI).

H&R (HR-UN-T) had total assets of approximately $11.7 billion on June 30. It has ownership interests in a North American portfolio comprised of residential, industrial, office and retail properties comprising over 29.3 million square feet.

It’s undergoing a five-year strategic repositioning to focus on residential and industrial properties.

Net income was $112.5 million for the quarter, and $1.082 billion for the first six months of the year – the latter due mainly to a billion-dollar fair value adjustment on its assets earlier in 2022.

Same-property NOI from residential properties increased by 43.7 per cent and 37.5 per cent, respectively, for the three and six months ended June 30 compared to the respective 2021 periods. That’s primarily due to an increase in occupancy at its new Jackson Park luxury property in New York.

Same-property NOI from industrial properties increased by 4.9 per cent year-over-year for both the three and six months ended June 30, primarily due to an increase in occupancy and contractual rental escalations.

Same-property NOI from office properties increased by 23.2 per cent and 23.7 per cent year-over-year, respectively, for the three and six months ended June 30, primarily due to the 2021 free-rent period granted to Hess Corporation as part of the extension of its lease.

Just five per cent of H&R’s total office square footage is subject to lease expiries between now and the end of 2023.

Same-property NOI from retail properties decreased by 3.5 per cent and increased by 2.4 per cent, respectively, for the three and six months ended June 30 compared to the respective 2021 periods.

There have been 22.13 million units of the REIT repurchased since Jan. 1 at a weighted average cost of $12.97 per unit, an approximate 41 per cent discount to net asset value (NAV) per unit, for a total cost of $287.1 million.

The $22.14 NAV per unit on June 30 was $1.08 higher than three months earlier, primarily due to the repurchase of units and the stronger U.S. dollar.

“We are very pleased with our Q2 results and our high-quality portfolio of properties are well-positioned to produce strong operating results going forward,” said Froom.

In addition to a $4.6-billion unencumbered property pool, H&R had $71.7 million in cash and cash equivalents and $619.6 million available to be drawn under its credit facilities at the end of Q2.

“Our results highlight the quality of our properties and the embedded growth within our portfolio,” executive chairman and chief executive officer Tom Hofstedter said during the call.

“The portfolio’s organic growth, coupled with unit buy-backs, have created value for our unitholders.”

These two acquisitions align with H&R’s strategy to grow its exposure to residential assets in American Sunbelt and gateway cities.

The REIT sold seven automotive-tenanted retail properties in the U.S., totalling 94,205 square feet, for approximately $58.1 million US in June.

H&R sold its 50 per cent share in a 21,493-square-foot single-tenanted industrial property in Calgary for $3.5 million in June.

The trust entered an agreement to sell an office property at 100 Wynford Dr. in Toronto, including 100 per cent of future income from the Bell lease until the end of the term in April 2036, for approximately $120.7 million in July.

The off-market deal is expected to close in September.

H&R retains an option to repurchase the property for approximately $159.5 million in 2036, or earlier, under certain circumstances.

Additionally, the REIT has an agreement to sell one Canadian office property and two Canadian retail properties for approximately $47 million. The deal is expected to close in September.

The REIT completed a five-year lease renewal at an industrial property at 2300 Rue Senkus in Montreal, totalling 371,000 square feet at H&R’s ownership interest. The original lease was to expire in December 2022 and rent will increase by 125 per cent commencing in January 2023, with annual escalations.

While experiencing substantial rental rate growth in all American Sunbelt markets, the rent-to-income ratio at H&R’s purpose-built apartments was approximately 20 per cent. That’s well below the standard benchmark for affordability.

“We are confident that we will continue to see strong future rental growth, however not to the detriment of our residents’ ability to pay,” president Philippe Lapointe said during the conference call. “There’s just not enough supply to meet the demand. Therefore what we’re seeing is very healthy increases across the board.”

Lapointe added that H&R continues to see positive trends in renewal rates and the number of leases executed.

Two Canadian properties under development at H&R’s industrial business park in Caledon, Ont. are expected to be completed this quarter.

It leased the 77,754-square-foot property at 140 Speirs Giffen Ave. to Coast Holding Limited Partnership for 10 years. Both are expected to start in October.

The trust expects to commence construction in the next 12 months on two industrial projects in Mississauga, Ont. Upon completion they’ll add 586,069 square feet to the portfolio at its ownership interest.

The City of Toronto OK’d the rezoning application for 145 Wellington St. W. in July. The approval allows for the redevelopment of a 13-storey office property into a 60-storey mixed-use property consisting of 512 residential units, 149,000 square feet of office space and 1,000 square feet of retail space.

Hofstedter said there are no imminent plans to redevelop or sell the 145 Wellington St. W. property.

H&R has a 31.2 per cent non-managing ownership interest in Shoreline in Long Beach, Calif. that reached substantial completion in June. Occupancy was 50.2 per cent and committed occupancy was 61.9 per cent on June 30.

The REIT also has a 31.7 per cent non-managing ownership interest in The Grand at Bayfront in Hercules, Calif. that reached substantial completion in June. Occupancy was 44.4 per cent and committed occupancy was 54.3 per cent on June 30.

H&R plans to sell its interests in Shoreline and The Grand at Bayfront since they’re not in the REIT’s core markets, but will likely wait until the properties are stabilized.

“There’s going to be no shortage of buyers for that type of product,” said Lapointe.

H&R started construction on two residential development properties in Dallas, Texas this year and expects to commence construction on a 271-unit apartment in Tampa, Fla. during Q3.

Challenges aside, GTA multires market has big believer in KIN

Mario Toneguzzi Residential Development Toronto / GTA Aug. 16 2022
Steve McLean Business reporter
Steve is a veteran writer, reporter, editor and communications specialist whose work has appeared in a wide variety of print and online outlets. He’s the author of the book Hot Canadian Bands and has taught reporting to college students. He is based in Toronto.