Hudson Pacific Properties is moving ahead with major renovation plans at its downtown Vancouver B... 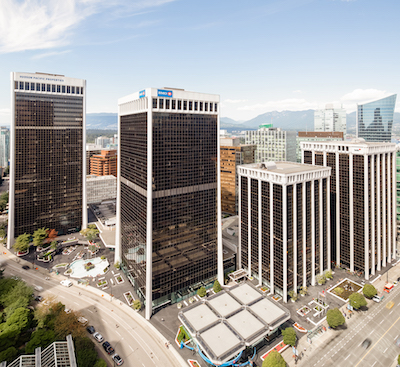 Hudson Pacific Properties is moving ahead with major renovation plans at its downtown Vancouver Bentall Centre property, albeit with a few COVID-related adjustments.

At the start of the year, the company had plans to make the most extensive improvements to the four-building complex since the 1990s, as part of a repositioning of the legacy office towers for a growing tech and innovation market.

Los Angeles-based Hudson Pacific Properties had acquired the Bentall Centre in May 2019, as part of a joint venture with a Blackstone Property Partners affiliate. It marked Hudson Pacific’s first move into the Vancouver market and the major updates would benefit the 170 tenants, helping them to attract and retain employees.

The improvements are underway and have taken on a bigger meaning — they are key to providing a pandemic-friendly work environment to bring workers back downtown. And they are slowly achieving the desired effect, as workers start to resume their working life at Bentall Centre after an eerily quiet summer.

“As people are looking to return to work, I think that COVID has shown that people can work from anywhere, and that’s something we are cognizant of,” said Chuck We, Hudson Pacific Properties’ senior vice-president, Western Canada.

“The work pre-COVID was focused a lot around letting employers use the space to attract and retain talent. Post-COVID, I think that that same space can be used to help differentiate places for people and give people a reason to come back downtown to something different.”

Overall, not much has changed for the 1.45 million-square-foot Bentall Centre, said We.

Canadian e-commerce giant Shopify, which had signed a significant lease prior to the start of the pandemic, is still planning to move into its 70,000-square-foot, four-floor headquarters space at the 35-storey Four Bentall Centre, he said.

“Shopify is definitely still working on it. They have come forward and claimed their business is digital by default, but they have confirmed that they are going to continue to take their space in the major hubs they are in and Bentall Centre is one of those.

“They have sublet some of their satellite offices, but their intention is to have hubs in every major city that they operate in.”

Another major tenant is WeWork, whose business model is based on leasing office space for the long term as well as hot desking to gig economy workers, for example. One of the WeWork tenants at Bentall is tech giant Amazon.

“(WeWork) have been an excellent tenant for us across our portfolio,” said We.

“People were watching closely when the pandemic hit, because obviously they feature the whole co-working model, but they had a return-to-work plan they developed early and focused on keeping people safe as they were coming back, and they have a significant number of enterprise clients at Bentall Centre, so those companies control the bubble of people you are with every day.”

Occupancy remains at 97 per cent

The complex remains at 97 per cent leased capacity as it was earlier in the year, although the buildings are physically still far from full, said We. A few of the smaller tenants whose leases were expiring left their spaces, but otherwise the majority of tenants are in for the long haul. 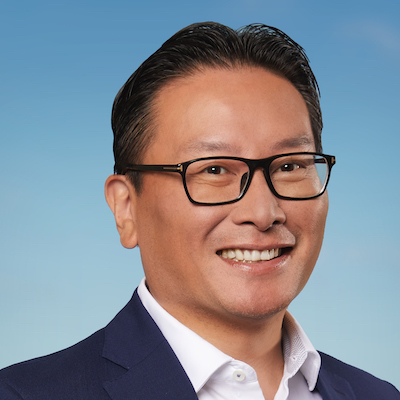 “Occupancy was always high,” said We. “And we have done a few (lease) renewals that we were really happy to see complete. Once we entered COVID, (tenants) weren’t sure what they were going to do with their spaces and several months later they decided that they needed to maintain them.

“There were smaller ones that decided they could share spaces with others, or if they had leases expiring that would trigger things,” he added.

The leasing market is also starting to pick up, with tenants asking for new features to keep their staff healthy during the pandemic.

“In terms of deal velocity, we are seeing some deals start to happen now, both in the market and in Bentall Centre. So that’s a recognition that people will need some kind of space, albeit in a different configuration.”

Hudson Pacific also took measures to protect its 32 retail tenants at the mall level of the Bentall Centre.

In order to help those hard hit tenants, it took part in the Canada Emergency Commercial Rent Assistance program, which provided relief for small businesses from April to September. The government covered 50 per cent of rent, the tenant paid up to 25 per cent and the landlord forgave the remaining 25 per cent.

Not all landlords were keen on the program, but We said Hudson Pacific felt a responsibility to its tenants. As a result, the majority of its retailers are open and they are getting new retail tenants from other buildings whose retail operations are still shut down.

“The main marker to qualify is a decrease in 70 per cent of sales revenues and virtually every retailer had that, because retail stores were closed through March and April,” said We.

“We believe in the retailers down there, lots of small, locally owned family businesses. And being part of the community, it was important to us that we help in any way we could.”

There are three areas of renovation at the Bentall Centre, including the recently completed cycling facility that has already proven popular. There has been an increase in cycling throughout the pandemic, so the timing was right.

It offers showers at appointed times and towel service.

There are also the new outdoor plaza areas, including a large wooden deck off Dunsmuir Street that will allow workers to socialize at a safe distance.

There is a roof-top dog park for tenants, which was built due to popular demand. Young innovation workers in particular appreciate their dogs at work, particularly during a time of physical distancing.

“The WeWorks, the Amazons and the Shopifys of the world were asking for it and as the pandemic hit, we realized it was another differentiator,” said We.

The company has also created an app for the building so tenants can receive notices and coupons from the mall retailers and schedule appointments for services. The app also allows Hudson Pacific to collect feedback on how tenants use the Bentall Centre in order to tweak services and amenities.

“I think that we are all in uncharted territory, so there is definitely a question mark about what’s happening,” said We. “The nice thing is with 170 different office tenants, we can see the whole range of how people are approaching things.

“And there are some good practices coming forward. The fundamental thing is bringing people back safely and everyone is taking different approaches to getting there.”

Looking ahead, and back: B.C.’s top 2019 CRE transactions