Two recent acquisitions by Hullmark Developments are the latest examples of the company’s hyper-f... 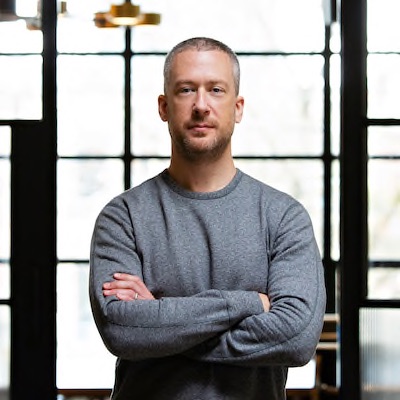 Two recent acquisitions by Hullmark Developments are the latest examples of the company’s hyper-focus on specific Toronto neighbourhoods and ability to take advantage of market disruptions.

The Toronto-based real estate investor and developer paid $9.5 million for a property at 450 Dufferin St. and $2.6 million for another site a few blocks away at 44 Ossington Ave. Both were purchased from private owners.

“We really like the area and we’re invested in the area long term,” Hullmark president Jeff Hull told RENX. “We think the area is going to continue to grow and get better.”

It’s one of a number of neighbourhoods Hullmark is focused on developing, which also include Queen West, Parkdale, the Entertainment District, King West, Liberty Village, Riverside and Downtown East. Hullmark is already active in these areas, which Hull feels are among the best locations in Toronto.

The 450 Dufferin site is 16,000 square feet and occupied by the 4,000-square-foot Lotus Fitness and Thai Boxing facility. Hullmark’s goal is to build its third purpose-built apartment building, with a size of close to 100,000 square feet, on the property.

“We felt that it was a good mixed-use development site, albeit with some zoning risk to it because right now it’s designated employment,” said Hull.

“Based on our expertise and internal capabilities, we would prefer to pay less to buy a site where we could actually add the value, rather than buying a fully approved and zoned residential development site or mixed-use site.”

Hull said Hullmark had 450 Dufferin under contract to conditionally purchase after the arrival of COVID-19 and was “looking to extend the condition date further so we had a little bit more certainty about what the new world looked like.

“But, the vendor really wanted us to make a decision so, in order to do that, we were able to get some consideration considering the environment we were waiving it in. That was a combination of a purchase price reduction and a vendor take-back mortgage.”

Hull said his firm had previously considered purchasing properties south of 450 Dufferin, which are now under development by Fitzrovia Real Estate, and he regrets not buying them.

Hullmark owns more than a dozen buildings on Ossington and added to that with 44 Ossington, which has streetfront retail and upper-level apartments.

While Hull said the company paid a fair price, the biggest attraction was that 44 Ossington is in the middle of other properties it already owns, enabling it to complete an eight-building assembly.

“While there are no immediate plans to redevelop, because the five buildings to the north are undergoing an extensive renovation today, qualitatively we felt that in the future there would be value in having those eight buildings together,” said Hull.

The assembly from 46 to 54 Ossington which Hull referred to is being converted from five row houses so there will be retail at grade and residences above. Work on the project will be finished in September and tenants will be announced soon.

“There wasn’t a lot of energy in that part of the block and we want to bring the energy back,” said Hull.

“Retail is going through significant challenges right now because of COVID, but I really feel strongly that this type of small-format, streetfront, neighbourhood-centric destination retail will outperform the general retail real estate market because there’s a greater opportunity to control your own door.

“There are a greater number of tenants out there for this size range.

“There is a captive customer base that has been there throughout the pandemic. I think there’s a growing feeling about staying and supporting local, so I’m actually really bullish on this compared to other retail. I feel very good about the prospects of Ossington.”

Construction has started at 12 Ossington, a high-end four-storey boutique office building designed by Siamak Hariri of Hariri Pontarini Architects which will have up to 17,500 square feet of space when it’s completed late next year. No tenant has been confirmed.

“I think this type of product will outperform the general office market in Toronto because a single tenant can take this space and control the building,” said Hull. “They’ll have their own entrance.

“They’ll have no one else breathing their air. It’s a walk-up, so they don’t have to worry about a multi-tenant elevator situation, like in the downtown core.”

Hullmark was launched in 1950 by Hull’s grandfather, Murphy Hull, who was a pioneer in Toronto’s now thriving condo market during the 1970s. While the company is now focused on downtown locations, it first made its name from suburban developments.

The firm’s growth strategy has enabled it to assemble almost $1 billion of assets under management.

Hullmark’s private equity wing invests in retail, residential and office properties with other developers. It’s done a number of deals since March and is looking for more opportunities, as Hull believes it’s a future growth area for the company.

“We’re very active right now in the private debt space, as some lenders have pulled back. Because we know real estate so well, we’ve been able to take advantage of opportunities to provide private debt to the market.”

Hullmark will continue to put its money into retail, office, condos, purpose-built rental apartments and private debt as part of its long-term investment strategy.

“There’s not an asset class right now that I’m really excited about,” said Hull. “We’re keeping our options open and want to take advantage of the opportunities that present themselves over the next several months.” 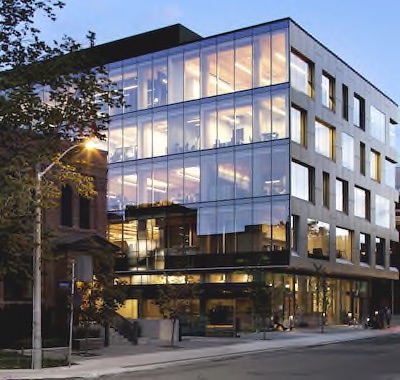 One of Hullmark’s signature properties is 80 Atlantic in the Liberty Village neighbourhood, where construction was recently completed and Jackman and Spaces have already moved in.

Toronto’s first new timber-frame commercial building to be built in a generation features 80,000 square feet of office space and about 8,000 square feet of retail space. The building’s largest tenant, Universal Music Canada, is finishing its office build-out and will move in next month.

Hullmark recently received approval from the City of Toronto to settle zoning at the Local Planning Appeal Tribunal for a site at 1071 King St. W., where it’s looking to build a 200,000-square-foot purpose-built apartment with an additional 5,000 square feet of retail space. The company is working on its first site plan submission and hopes to break ground on the project next year.

Hullmark is working to obtain planning approvals for 507 King East near Parliament Street, where there are plans for a 49,000-square-foot office building.

“We are working together with a partner on a very exciting new concept for the space,” Hull said of the project.

Hullmark is hoping to start construction of its first purpose-built apartment building, 1151 Queen East, this fall. It will have 47 suites and almost 5,000 square feet of retail space.

Construction is well underway at .home, where the podium is close to being topped off, at 48 Power St. at Adelaide Street East. The 22-storey condo will have 504 units and is essentially sold out, aside from some larger suites near the top of the building which are not yet on the market.

Hullmark is partnering with Great Gulf on .home, which is aiming for completion by the end of the year.

“It’s a rare opportunity to develop a full city block,” said Hull. “I think the project is going to be pretty impactful for that neighbourhood in Downtown East.”

Hullmark is partnered with Fieldgate Homes on Heartwood The Beach, located at Queen Street East and Woodbine Avenue. It will feature 6,000 square feet of office space and 38 condo units. Occupancy will begin next year.

And speaking of that five-decade company history, there is also Humberwood Heights, a 138-townhome development being built in partnership with Tribute Communities. It’s on a legacy site near Highway 427 and Rexdale Boulevard in Etobicoke that Hullmark has owned for 50 years. The site is under construction and almost sold out.

“It’s kind of bittersweet in a way because we’ll be fully complete, finally, in building-out that subdivision that we’ve been working on for many years,” said Hull.

Finally, Hullmark is a minority partner in Via Bloor. The Tridel-led development at 559 Bloor St. E. near Parliament Street will feature 374 condominium units over 37 storeys upon completion next year.

Can this many transit-oriented developers be wrong?

Steve McLean Commercial Development Toronto / GTA Jul. 28 2020
Steve McLean Business reporter
Steve is a veteran writer, reporter, editor and communications specialist whose work has appeared in a wide variety of print and online outlets. He’s the author of the book Hot Canadian Bands and has taught reporting to college students. He is based in Toronto.